Don't forget to enter the giveaway at the end of the post for a chance to win a great prize.  will be awarding a $20 Amazon or B/N GC to a randomly drawn winner. The book blast tour is sponsored by Goddess Fish Promotions and you can find all the tour stops HERE 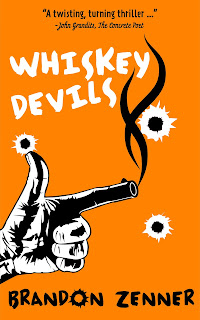 Evan Powers has become the new manager in Nick Grady’s well-established marijuana growing operation. Led by his roommate and best friend, little has changed in Nick’s secretive business since the late ‘60s, which is just the way the aging hippie would for like it to remain. However, Nick’s complex past comes full circle, thrusting Evan in a scramble to decipher the truth behind the enigmatic lives of the people he holds dear. Deep in the woods, demons will be unleashed.

We walked directly across the hall, to a second door leading to a second warehouse. It was like those Russian Matryoshka dolls that get pulled apart to reveal smaller dolls nesting inside. A warehouse within a warehouse.

Nick took me to the door and knocked.

My previous work took place down the long hall to the left, in a room around the corner in the rear of the building, and I looked over my shoulder to where I normally worked with Becka. She was nowhere to be seen. Whatever Nick was about to show me was entirely new, but I had a very good idea of exactly what was behind that thick door.

A sliding viewing port opened, and a set of eyes looked out. The viewing port closed, and the sound of a heavy lock clacked from the hollows of the metal door. A moment later it opened and we stepped inside, shielding our eyes from the glaring light.

“Holy hell,” I muttered, stepping into the room. The temperature was hot in there, muggy, and my eyes were practically blinded from the succession of thousand-watt high pressure sodium light bulbs lining the ceiling. A sea of tall marijuana plants filled the room, all set in carefully arranged rows, some attached to an elaborate hydroponic system. The smell of fresh marijuana was as thick as soup. A silver tray holding orange slices and a knife sat on a table by the door.

Vote for this book on the Kindle Scout program: 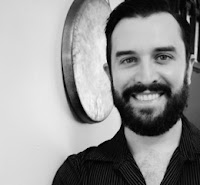 Brandon Zenner is an American fiction writer. His short fiction has been published in both print and online publications, the first being submitted when he was just 19 years old. THE EXPERIMENT OF DREAMS, his debut eBook thriller, has reached Amazon's top-ten charts within its genre many times. His categories of choice are thrillers, dystopian, crime, and science fiction.


a Rafflecopter giveaway
By DawnsReadingNook at December 30, 2015

Thank you for the excerpt.