Famous bounty hunter Talisha Artul is not having a good day. A hostile alien planet full of bandits and refugees, an entire group of mercenaries all told to kill her and take her armor, and it’s barely even noon. All she wanted was to earn a paycheck and make her mother proud. They’ve barely shared a kind word since she came out of the closet as trans and took her mother’s name. Now she’s travelling with an android cowboy with split-personality issues and an eight-foot-tall warrior woman to beat a group of vengeful pirates and the galactic federation’s military forces to uncover an ancient alien temple. Talisha soon learns that despite her legal standing, there is little that separates her from these marginalized cutthroats and outcasts. They’re all victims here, all pawns in their shadowy employer’s game. 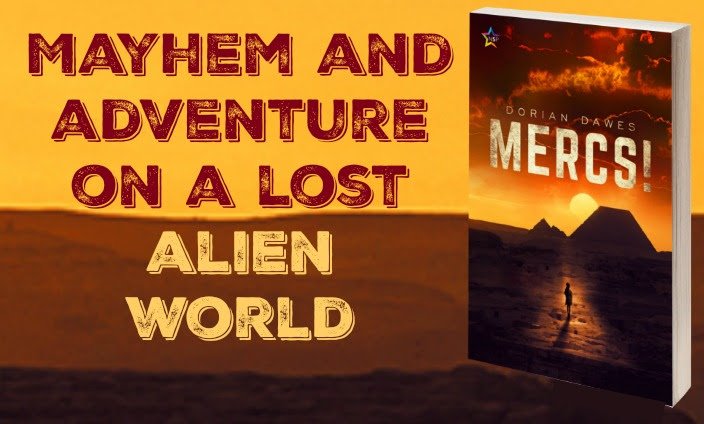 Dorian Dawes is a self-described social justice witch and full-time gender disaster who never grew out of their goth phase. In addition to fiction, they have also written for tabletop rpgs and several published essays on feminism and LGBT issues. When not writing they can be found playing video games and plotting the revolution of the proletariat.