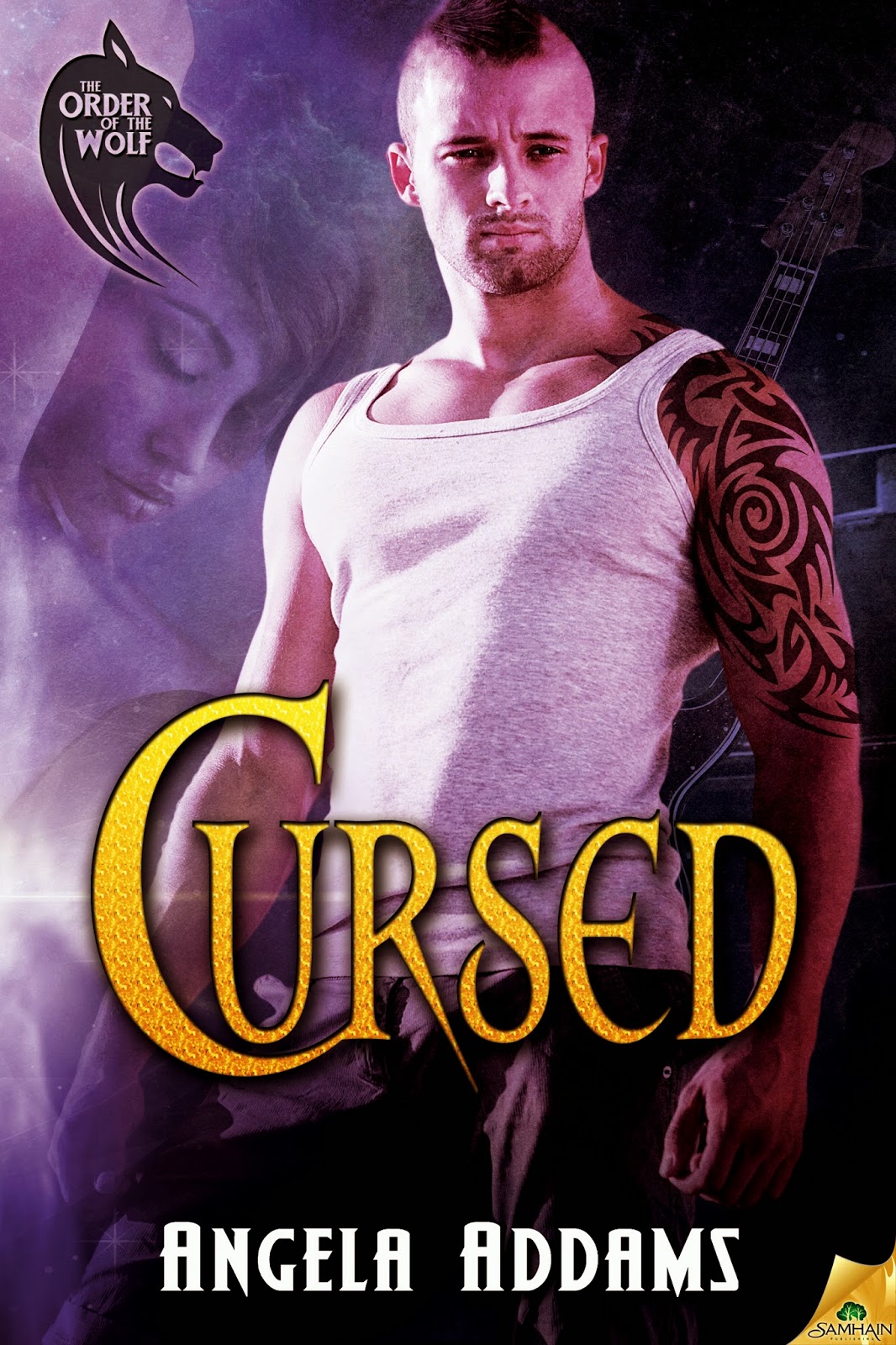 Her biggest mistake comes with fangs…and a nose for tracking her down.

The Order of the Wolf, Book 1

Wherever there’s a lying, cheating scumbag who’s broken a woman’s heart, Vengeance Dealer Darcy Wells is there. So what if she isn’t the most skilled witch around? She’s only using one spell, which leaves the hapless male suffering tormenting lust for one woman. Her.

The beautiful part? This curse comes equipped with a blinding agent, allowing her a clean getaway. Unrequited lust, coming right up! As far as Darcy is concerned, it’s justice served. Her next target: Raven Glock, rock band bassist and drop-dead-gorgeous sex god.

When Raven lays eyes on the luscious Darcy, he gives her what he promises all the starry-eyed groupies who toss their panties at him—one unforgettable night in his bed. Sex with Darcy is so epic that he forgets his cardinal rule: to get her out before morning.

At the crack of sunrise, Darcy serves Raven a face full of cursed ash. But something goes horribly wrong…and she finds herself magically tethered to one pissed-off werewolf.
Worse, breaking the spell could cost her everything…maybe even her life.

Warning: Sexually explicit language, tattoos, piercings, and giant…um…feet. Wet panties are a given. Author assumes no responsibility for spontaneous ravishment of significant others, pool boys, or local pizza delivery personnel.

The party, it seemed, was in Mayhem’s suite. Penthouse accommodations for the alpha and his bevy of fangirls. Something Raven could definitely appreciate. He liked variety. And being the bassist of one of the hottest rock bands in the country ensured he had a lot of variety when it came to women. A different girl every night. Epic sex marathons. Perfect.
“Hey, there’s Raven!” Dave, the band’s manager, gave him a hardy slap on the back and shoved a beer in his face at the same time.
“Thanks, man.” Raven gripped the frosty bottle and took a swig.
“Got a lot of great potential tonight, friend. Hot chicks in abundance. Tons to choose from.”
And choose he could. That was one reality about being a rock-star—the women were plentiful.
Was it meaningless sex? Hell yes, and that was just the way Raven liked it. He made no secret about his intentions—any women he took to bed knew perfectly well what it meant. Some fun with no strings attached. Besides, they had to be out of his bed and out of his sight by daybreak. That was when his wolf came out to play—a fact he wasn’t inclined to share with his latest fling.
Raven scanned the crowd, noting the usual groupies, many of whom he’d had special relations with. That was another one of his rules: no repeats…it only complicated things. One-night stands were the only way to go, so the object of his attention didn’t get the wrong idea. Not that he was a jerk or anything, but sometimes the fans came with a few misplaced notions of what a rock-star was looking for. True love? Yeah, so not interested in that bullcrap.
He took another swig of his beer, ready to meander through the rest of the suite when his gaze landed on her. Her. Raven was never one for preferences—hair, eye color, whatever, he didn’t discriminate, but she came with dark chocolate hair, a pixie cut, sweeping across her face, almost covering one eye as it came to a point at her chin. A hipster, maybe, but with her mocha eyes and full tantalizing lips he didn’t really give a damn, and neither did his groin. She was watching him right back, an expression of challenge on her face. He swept his gaze down, over her delicious curves, and got hard. Instantly. Yep. She was the one.
He nudged Dave. “Hey, you seen that girl before?”
Before Dave could utter a peep, she was striding toward them, her stare unwavering, locked on him as she swayed her hips. If possible, he got harder and she was only walking. He couldn’t help but wonder what else her body could do to him.
“You’re Raven right? The bassist?” Her voice was raspy in a sexy way, made him want to hear her moan his name.
“Yeah, that’s me.” He gave one of his signature smiles, the kind he knew made the fans melt. “And you are?”
“Darcy, sugar.” She returned his smile with a breathtaking one of her own, her little pink tongue darting out to run along her top lip. “I’ve been looking for you.” 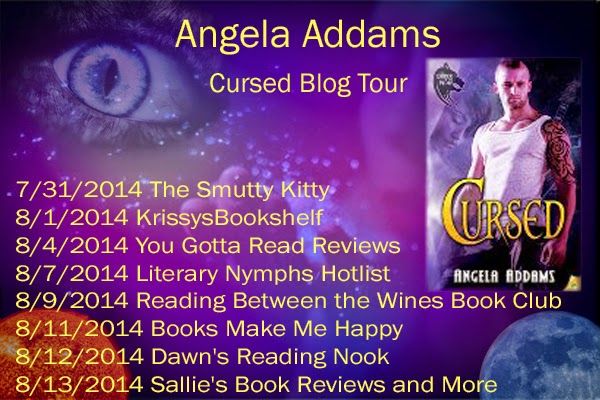 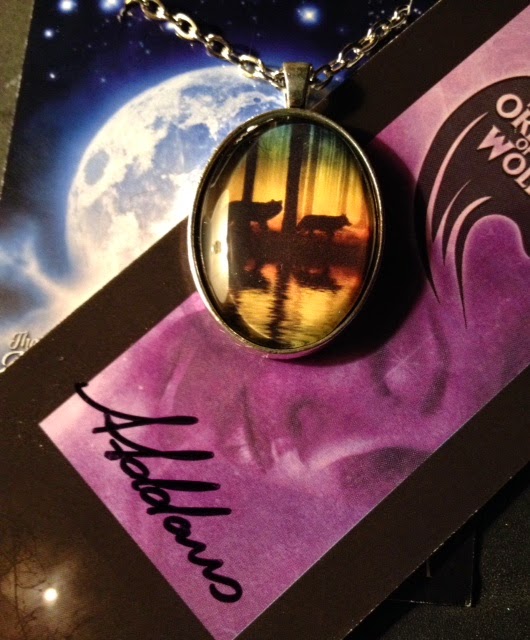 Enter the rafflecopter below to have a chance at these great prizes
a Rafflecopter giveaway
By DawnsReadingNook at August 13, 2014

This post is part of a virtual book tour organized by Goddess Fish Promotions . Jenna Jaxon will be awarding a $20 Amazon or B/N GC to a ra... 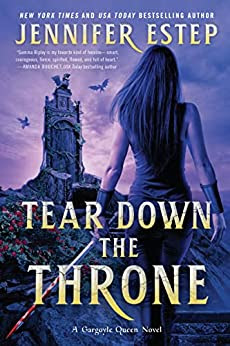