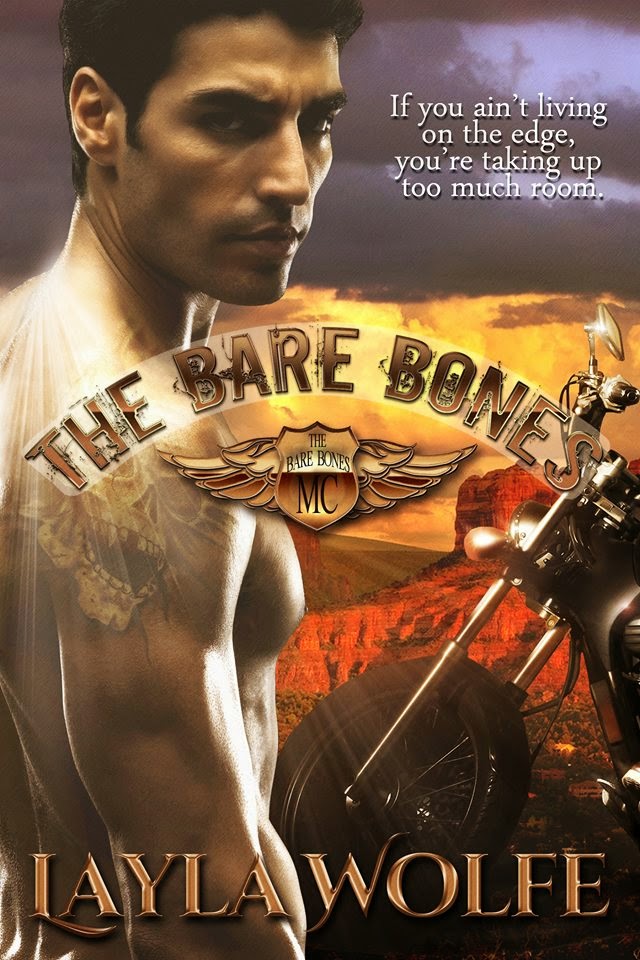 SYNOPSIS
If you ain’t living on the edge, you’re taking up too much room.


Madison and Ford have an ill-fated, star-crossed love that will last their lifetimes. Ford is a lifer in a different sort of enterprise, the gritty full-throttle club of guns, blood, and allegiance to his brothers.


Twelve years and several tours of SEAL duty later, Ford is thrust back into Madison’s arms on the worst day of his life. Madison’s prospect brother Speed has screwed up big-time and owes the club his life. She offers herself to Cropper as a sacrificial lamb to save Speed.


But how long until the fiery, full-on outlaw Ford discovers that the woman he loves was treated like a degraded slave by his own father? Well, meet the new boss. He’s not the same as the old boss.

EXCERPT
We fucked a lot in the next two days. Twelve years I’d been craving that fat, juicy cock inside of me, and now I couldn’t get enough of it. Ford Illuminati was hung like a racehorse and he knew how to use it, too. My hands were all over that. I had thought I was attracted to Jake but that paled in comparison to the intensity with which I wanted to devour Ford.
Riding one up behind him like in the old high school days, there was a world of difference now. We were free of all restraints for that glorious forty-eight hours, and Ford took me to see a couple of the vortexes. We had been on a tour of these several times when we were kids. This time no one brought any weed, and I wanted to suck on that horse cock inside the middle of a vortex.
We had been separated for so long it was like meeting a new man. The thrill, the illicit excitement of canyon carving through the rusty layers of sandstone, like red velvet cake tall on either side of us, it was all new to me again. Now I could thrust my hand along Ford’s pec and toy with the little barbell that pierced his nipple, proud of myself when my other hand felt his cock stiffening. I knew he pretended this irritated him, and he’d reach around, slap my ass, and shake it.
“You’re throwing me off-balance.”
“Your giant erection is throwing you off-balance.”
I wanted to amplify our energies, so we’d climb around awhile until we felt the highest, most intense amplification of all, and that’s where we’d fuck or give each other head. Ford had learned a lot of tricks in the past decade. Lapping me into a mindless clusterfuck of an orgasm with his talented tongue was apparently one of them. I was still amazed that he could do that.
I finally had to admit I’d never come with a man before. “Just, you know, with a vibrator.” I didn’t want to mention the shower head in Cottonwood. The horrific memory of that bathroom wall was probably the reason I couldn’t come with another man.
Ford was humble. “Maybe no one ever tried properly.” He lay stretched out on the sandstone, propped up on one forearm, looking like he was posing for fucking GQ. I loved it when he wore his cut next to his bare skin, like now. I loved to flick that damned infernal barbell that pierced his nipple with my tongue. It never failed to make him hiss in air and clutch the back of my skull. His new Apache tattoo was fascinating. He seemed to be embracing his Native American heritage instead of shunning it, as most bikers would do.
He had replaced the grimy dog collar around my neck with a fur-lined leather job that still had a D-ring where a leash could be attached. He had gotten into some kink that was right up my alley. Right now we were having a little picnic we’d brought, just wine and some salami and cheese and crackers, but he’d left the short leash attached to my collar. It wasn’t safe to ride with it for fear of pulling an Isadora Duncan, but he liked the submissive way it made me look.
And act. “That’s not true though, Ford. It’s not polite to mention, but plenty of men have tried.”
“Yeah.” He snorted. “Plenty of dickhead doctors.”
Was he referring to Jake? That subject hadn’t come up, so I ignored it. There was plenty of time for strife later, I knew. There always was. “No, I mean experienced guys, men who were willing to try for ten minutes or more. I always wound up worrying that they were wearing out their tongue muscles. I’m not kidding, Ford. It got to the point where I didn’t want anyone to even bother trying. Then you come along and blow them all out of the water.”
“Literally.” I could tell he was proud by the shy way he looked down at the cracker box. He shrugged innocently. “I don’t know what to say.”
“’Thank you’ is a good starter.”
“Thank you.”

AUTHOR
Layla Wolfe is a wannabe biker's old lady who is satisfied with a leather jacket, one bad-ass pink camo compound bow, and a vicarious outlaw lifestyle.

a Rafflecopter giveaway
By DawnsReadingNook at April 09, 2014

Thanks for hosting me, Dawn!