Book Spotlight~ Beyond the Darkness by Leslie Lee Sanders 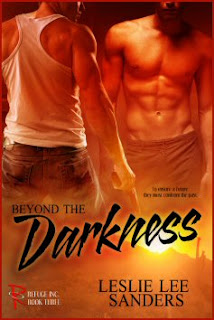 Phoenix—a dark, vast ruin, speckled with sporadic rays of light pushing its way through the dark, dense clouds. Adam and Elliot wander the collapsed city for days before taking shelter at the nearly-standing Arrowhead hospital. Their days are filled with hopes of rescue and a deep need for emotional and mental closeness, until a harsh reality take over their thoughts—their food and supplies are dwindling, and they are in desperate need of assistance and reprieve.

They're forced to return to the devastation they narrowly escaped … the hellish compound, also known as Refuge Inc.

This time, armed with a handgun containing four bullets and a dangerous plan, they make their way across the devastated city and back to the compound. Adam's determined to do whatever he must to survive, even allowing grief-stricken Elliot to take the lead and make some of the most life-changing decisions they would ever have to make.

Will they win their final fight for survival?

Warning: This title is intended for readers over the age of 18 as it contains explicit sex scenes and/or situations and adult language, and may be considered offensive to some readers.

Elliot whimpered, breaking the silence. Adam glanced over. Elliot’s bare shoulder seemed to tremble in the barely-there moonlight. Adam gently pulled the sheet up and over Elliot’s arm. Still, Elliot trembled and groaned, “No, no, no.”

Was he dreaming? A nightmare?

Adam rolled over, pressing his chest to Elliot’s back. He placed a comforting hand on Elliot’s shoulder and he shrugged and jumped as if startled. He turned to look into Adam’s eyes. “What? What happened?”

Adam shook his head. “Were you dreaming? You sounded … scared.”

Elliot turned away, keeping his back to Adam. “I might’ve been dreaming but I’m not scared.”

“I’m not scared,” Elliot repeated, talking away from him. “I’m a big boy, Adam.”

He knew Elliot couldn’t see him, but he nodded anyway. He rubbed Elliot’s shoulder to remind Elliot that he was there if needed. He gingerly glided his fingertips along the curve of Elliot’s shoulder and toward the dip of his neck. They traveled along the slope of Elliot’s long neck and up behind his ear, softly grazing the skin, then back down again.

Adam panted. He tried to control his breathing and his racing heartbeat but couldn’t. Elliot was bliss on his fingertips, and Adam’s body was involuntarily reacting. Heat radiated from Elliot’s skin and lingered on his palm as he caressed Elliot’s arm. Did his touch tell Elliot all he wished to say but couldn’t verbalize?

Without warning, Elliot quickly rolled to face Adam and grabbed the collar of his shirt, pulling Adam against him and crushing their lips together. He closed his eyes and savored the sweet taste of Elliot’s tongue as the wet muscle slithered between his lips.

“I can’t stand not touching you,” Elliot whispered in the kiss. With one hand, he caressed Adam’s waist, his abdominal muscles, and then glided his palm over Adam’s erection which strained against his pants. “I dream about it. Touching you.” Elliot’s breath caught when Adam’s did as Elliot’s palm slid over his hardened length. “I remember it.” Elliot gently nipped Adam’s bottom lip with his teeth, taking the lead. “I can’t forget it. I don’t want to forget.” Adam sighed and willfully surrendered control.

Out of nowhere, commotion in the distance startled them. Adam broke their kiss and sat straight up, his gaze fixed on nothing in particular beyond the broken window. “Hear that?”

“Yeah, I heard it,” Elliot whispered. “What do you think it is?”

“Don’t know.” Adam crawled off of their temporary mattress and to his satchel to retrieve the handgun. “Listen.”

A few seconds went by when commotion cut through the silence again, reminding Adam of rummaging. Was it coming from the nearby structures?

The author of several books of fiction and fiction with spice, I reside in Queen Creek, Arizona, with my husband, three daughters, and a wild beast I call my imagination. 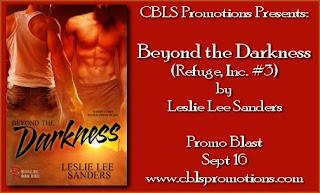 By DawnsReadingNook at September 16, 2013