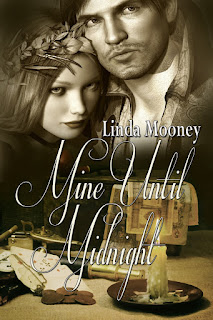 Would You Like Mustard, Horseradish, and Honey With Your Fries?
by Linda Mooney

I just made myself a banana, peanut butter, and chocolate protein powder smoothie. For lunch I had a grilled chicken, avocado, swiss cheese, and bacon sandwich. So is it any wonder my latest release is a sci-fi, Steampunk, western romance?

The days of plain old steak and potatoes are long gone.

For decades genres were singular and straightforward. You either read a contemporary romance or a historical one. If you wanted sci-fi, be prepared for a tale that might include a kiss, but had lots of shoot-‘em-up action and space ships. Same for a western, except with horses providing the transportation. There was no mish-mashing of genres, which made it pretty simple for bookstores and libraries to categorize each volume.

But with the advent of e-publishing, the straight and plain has taken a backseat to multi-genre stories. It’s become the age-old question of which came first, the chicken or the egg? In other words, did authors tire of writing the same old same old? Or were readers wanting something different to spice up a tried and true recipe? Perhaps it was a little of both?

Stories have now become as mixed as the most intricate recipes by Julia Childs. You can have your dystopian with YA, NA, or GLBT, with a side of sci-fi, contemporary, or mystery. Fantasies are sometimes epic. They can also be paranormal, urban, contemporary, high, or low. Time traveling can be futuristic, historic, post-apocalyptic, or sci-fi. Shapeshifters can be wolves, ducks, snakes, bears, or any species you can think of.

And that’s not even the tip of the iceberg.

So my question is this—when you’re looking for your next book to read, do you search by one particular genre, or several? Do you like the way stories now include a mixture of several genres, or do you prefer books that keep to one category? More importantly, are you willing to try a story that includes a combination of genres that you’ve never seen combined before? If you’re willing to try something new, here’s a little teaser from MINE UNTIL MIDNIGHT, my sensuous sci-fi, Steampunk western romance that includes aliens, shape shifters, and cyborgs!

For more information about Linda Mooney books and titles, and to sign up for her newsletter, please visit her website.

Thanks for letting me be on your blog, Dawn! :D