Now let's check out Saundra MacKay's The Measure of Love.... 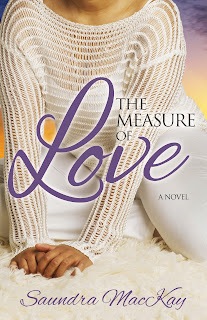 The Measure of Love is unique in that it is an authentic modern-day love story that captures the mystique and splendor of large size women of today.  It will captivate the hearts of the readers as they walks through Vanessa’s everyday life as she confronts the realistic obstacles from being a woman of size.  The story addresses size in a kinder, gentler way about full figured women beyond the realm of society’s idea of what is physically beautiful

Good fortune spared her from becoming further unnerved by allowing her to get to the airport without much delay, and to find a parking spot, with a few minutes left before his flight was to arrive. Vanessa felt as if she couldn’t make time move fast enough. With each passing minute, she couldn’t deny her mounting eagerness to see his handsome face come through the exit doorway. While the passengers were disembarking, Vanessa positioned herself in a place where she could easily see him come through the door, yet far enough away from the crowd of onlookers waiting for the same reason. As the doors opened and each unfamiliar face passed through the doorway, she felt as if her inflated heart was going to burst onto the carpet. She felt sure she would stop breathing if she didn’t see his face in the next few seconds.

Vanessa stood very still, watching the stream of emerging passengers. And then, suddenly, there he was, looking like the million dollars he was worth in her shining eyes. Unbeknownst to her, Jon had been anticipating seeing her just as much once the plane had landed, and the need had only increased as the plane, much too slowly, had taxied up the runway. His feet had wanted to run down the long walkway, making him impatient with the necessary procedures and the lingering passengers who, to his increasing anxiety, were taking their time walking down it. He didn’t know why, but he was nervous and very anxious, even though he’d been looking forward to this day since it had been arranged.

By the time Jon reached the exit, he was so wired it took everything he had not to push the people ahead of him out of his way to run the extra steps. Then, at the exact same moment, their eyes locked. Vanessa stood there, so statuesque, and wearing the biggest smile. It took all the remaining restraint he had not to drop his bag where he stood, run to her, and grab her up in his hungry arms to consume every inch of her big, beautiful body. She was one fine female, and he could see she had no idea of the enormous impression she made as she stood looking like a vision to all who had an eye for real beauty.

Never taking his eyes off hers, Jon walked toward her, lowered his bag, and forced himself to slowly pull her into his impatient arms. The feel of her softness revived the many feelings that had possessed him since he last left her, and gave him a new wish to hold on to her for a lifetime, just as he was at that very moment. For someone of such a large frame, she was so small in so

He had missed her. For someone of such a large frame, she was so small in so many ways not obvious to those who couldn’t see past the image taken in by the discriminating eye. Jon just wanted to hold her and protect her forever from all the ugliness around her and within her own insecure reflection. Vanessa wrapped her large arms around his neck, nestled her face deep into his shoulder beneath his scented square chin, and whispered, “I’ve missed you so much. Welcome, my love.”

Buy the book at:
Amazon 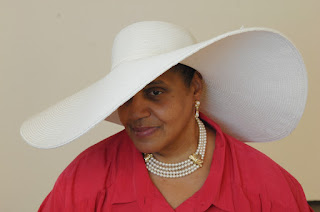 I was a large-sized child shaped by the view of those expecting me to act a certain way because of my size and their narrow views.  As a “fat” child I was treated just how they thought I would act, as if I was so sensitive I were incapable of doing most things thin children could do.   It was around the age of twelve I started to gain weight, changing my physical image of my body.  It was a slow, steady process, but the ramifications were not.

As I grew older and the pounds followed, the images changed dramatically and I wasn’t capable of fighting the effects from it. As a young girl of size, trying to keep some semblance of positive image was an uphill battle.  It was the start of feeling isolated and unsure as an introverted child growing up and into most of my teen years. I didn’t feel I could trust anyone enough to talk to about personal issues, especially anything to do with my weight.

As a teen and into adulthood the meaning of unrequired love was lost to me.  As I explored the world around me, I unknowingly learned how to trust many of the voices of the people I was blessed to have had walk through my life.  In time, it showed me my innate trust in something bigger than society’s issues and helped me to listen to my own voice to hear the messages I tell myself.

Now, the image of my body is one of kindness, caring, and love.  In light of realizing its society’s image of body that is distorted and do not accept the difference in every individual, I have come a long way to appreciate the uniqueness of my body.  Today love means so many things to me, and is felt in defining ways that have helped shape me into the person I am today.  I believe I have always reflexively felt a connection to my innate love for myself and on so many amazing levels love have helped me to understand and value the real me.

As a young adult, I started to read every opportunity I had.  Then my love of words was found, allowing me to create a world in which I could express myself comfortably.  I now have the pleasure of embracing the feelings of joy and excitement that come with being a writer of truth and a romance novelist.  It’s possible because I evaluate myself and my growth with honesty in hopes of being capable of writing true-to-life love stories.  Love stories about large-size women who are seen for more than their innate beauty and are worthy to be the heroine who gets the man

a Rafflecopter giveaway
By DawnsReadingNook at January 18, 2016