I was asked to do a blog post for Dawn's Reading Nook, and I selected to do a top ten list. The topic I chose was "Top Ten Kickass Female Heroines". Now, I was surprised to see how difficult it was to find ten. I did it in no particular order, and there are some I left off on purpose (I would love to put Buffy and Xena on here, but for me, they are primarily television heroines, and I wanted the list to focus on literature). I wanted to focus on YA Fantasy, as this is my genre, but I couldn't think of ten. Maybe I need to read more. I wound up going through the books I love and finding ten. Now how did I choose? Well these women are not primarily defined by their love interest (they can have one, but this man can not be their only reason for existing). They need strength of character, and conviction. Being kickass doesn't mean you need to physically kick ass, you can do it with your mind, and with your words. They need to be a main character The book/series, not necessarily the main character but a main character. I took them from fantasy, mystery, classic, and fiction.

Alanna of Tortall- from the Lioness Rampant series by Tamora Pierce. She longs to be a knight and hero, forsaking societal norms to do this. She kind of reminds me of Mulan in a way.

Hermione Granger- from the Harry Potter series by J.K. Rowling. Showing us that girls can be fierce and strong using our brains and this is a characteristic to be admired.

Gwen- from The Hunter's Moon by O.R. Melling. Gwen grew into her kickass status over the course of the novel, starting out scared and insecure. Her path showed me that even the most ordinary of girls can be a hero.

Mary Lennox- from The by Frances Hodgson Burnett. This might seem like an odd choice, but after rereading the book recently, I stand by it. Mary started out an orphan, and spoiled rotten. She was sour, cranky, and almost completely unlikeable. Yet she turned these traits into strengths, growing over the novel into an awesomely caring friend

Katniss Everdeen- from The Hunger Games series by Suzanne Collins. Katniss is a strong fighter. Like Alanna, she is one of the warriors on this list, showing that women can be physically strong and fight even the strongest men. And like Alanna, Katniss also has the conviction to fight for what she believes in. I definitely respect that.

Mary Russell- from The Beekeeper's Apprentice and the other Mary Russell books by Laurie R. King. Not a YA series, but I feel that anyone can read these mystery novels. Mary embodies just about everything I look for in a kickass heroine. She's street smart, a scholar, a fighter, has a sense of humour, and fights for those she loves, and the things she cares about. I adore her.

Anne Shirley- from Anne of Green Gables by L.M. Montgomery. One of the many characters that inspired me to be a writer. Anne is smart, capable, and self-deprecating. She grows so much over the duration of the series. She is fierce and has a temper, yet a devoted person to anyone she loves, (and this is not merely about love-interests). Her family and friends are incredibly important to her, and for a female main character to go off to university at the time these books were written is incredibly kickass.

Jilly Coppercorn- from Charles De Lint's Newford stories and novels. Jilly is a free-spirit with a horrible past. She is an artist, a true friend, and an advocate for the less fortunate. She has an awesomely whimsical personality, and I would love to hang out with her in real life!

Coraline- from Neil Gaiman's Coraline. First if all, this book is supposed to be children's literature, and it scared the crap out of me! The sheer fact that Coraline goes through what she goes through in the book with strength and resolve as a kid, when I would be wetting my pants in a corner somewhere says it all.

Holly Short- from Eoin Colfer's Artemis Fowl series. An awesomely strong elfin captain in a male dominated underground police force. She is tough, smart, plucky, and has a large streak of sarcasm.  Love her.

I'm sure I've missed a bunch. Feel free to tell me who, and what books they're from. I'll be sure to check them out! 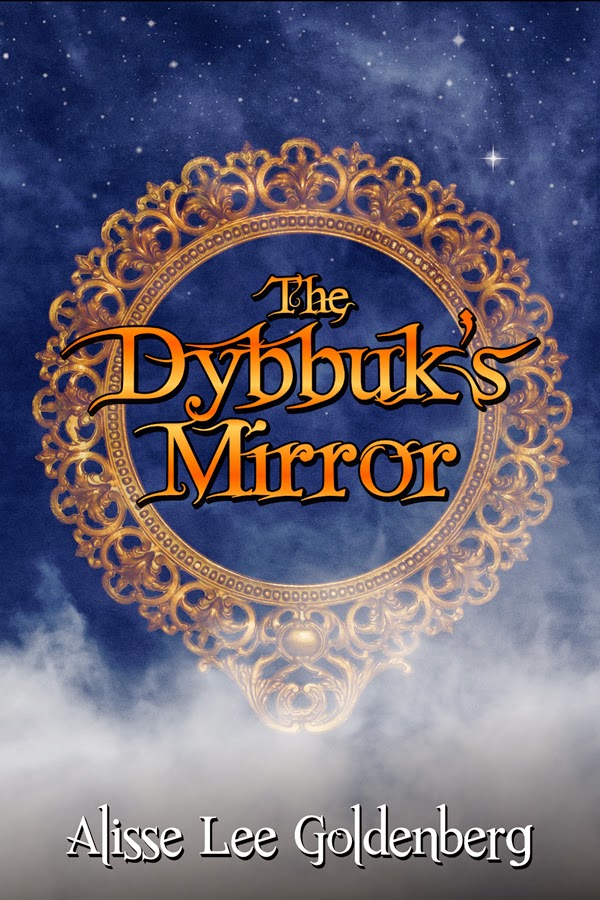 About The Dybbuk’s Mirror
It has been nearly two years since the events in The Strings of the Violin, and Carrie has adjusted to life as a university student far from her friends. However, when the path to Hadariah is sealed, she starts to fear malevolent forces may be behind the other strange occurrences around her. Trying to contact Lindsay and Rebecca to get help in unraveling the mystery, Carrie discovers that her friends are in fact missing. With no way of knowing who to trust, Carrie must find a way back to the land she once saved to rescue her friends from the dybbuks’ clutches.
Reuniting with the dybbuk princess Emilia, and finding a new friend in the mysterious farmer Mikhail, Carrie must once again do battle with Asmodeus’s forces, and help stop the chaos that threatens to overtake the land while striving to save both Lindsay and Rebecca. For the first time, Carrie is working without the two friends who have helped her through every major decision in her life. Carrie must learn to rely on herself, and find her own strengths to save those she holds dear.
Genre classification: YA Fantasy
Find The Dybbuk’s Mirror on Amazon and Prizm Books.
About Alisse Lee Goldeberg 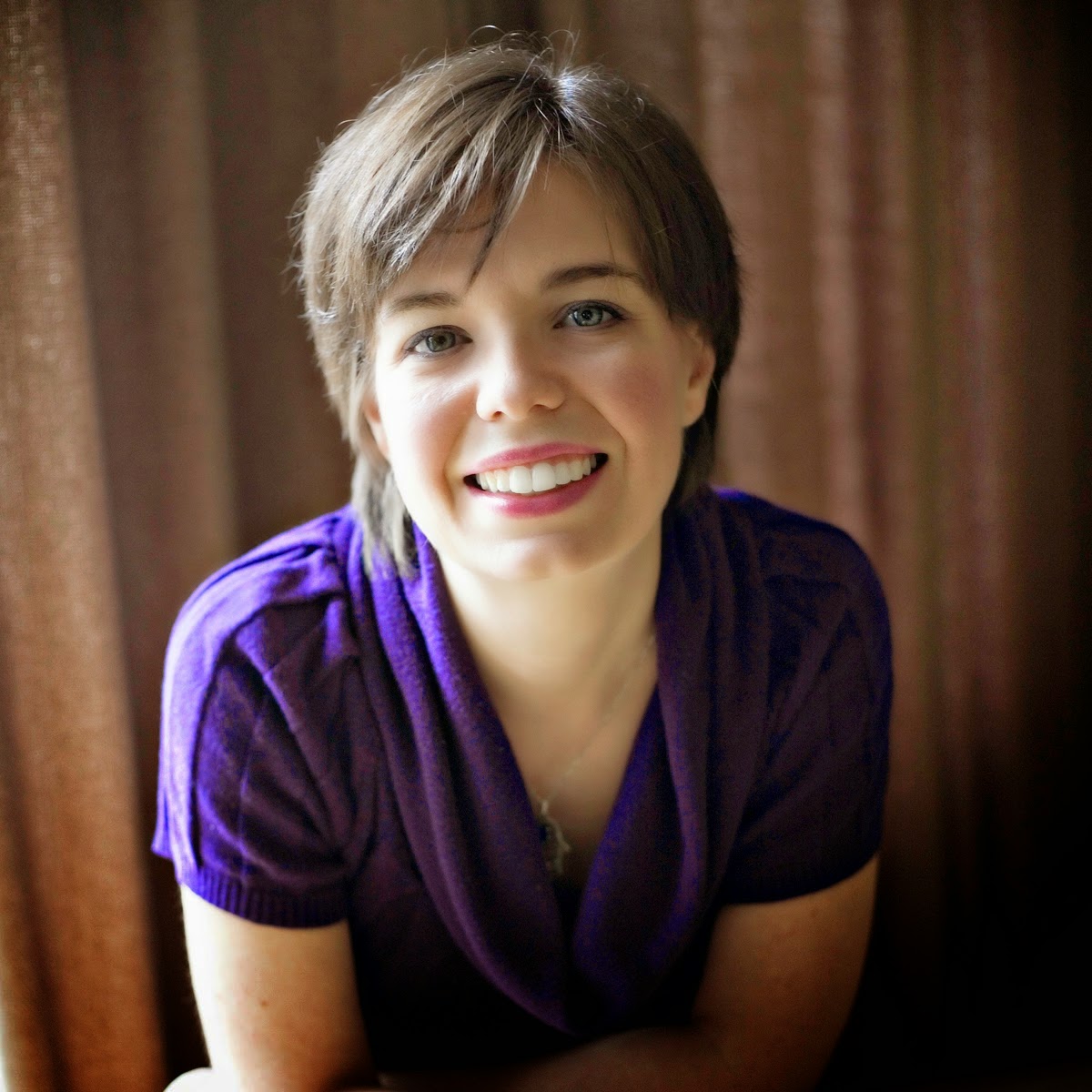 Alisse Lee Goldenberg is an author of horror and Young Adult fantasy fiction. She has her Bachelors of Education and a Fine Arts degree, and has studied fantasy and folk lore since she was a child. Alisse lives in Toronto with her husband Brian, their triplets Joseph, Phillip, and Hailey, and their rambunctious Goldendoodle Sebastian.
Find Alisse on her website and Twitter.

By DawnsReadingNook at September 22, 2014