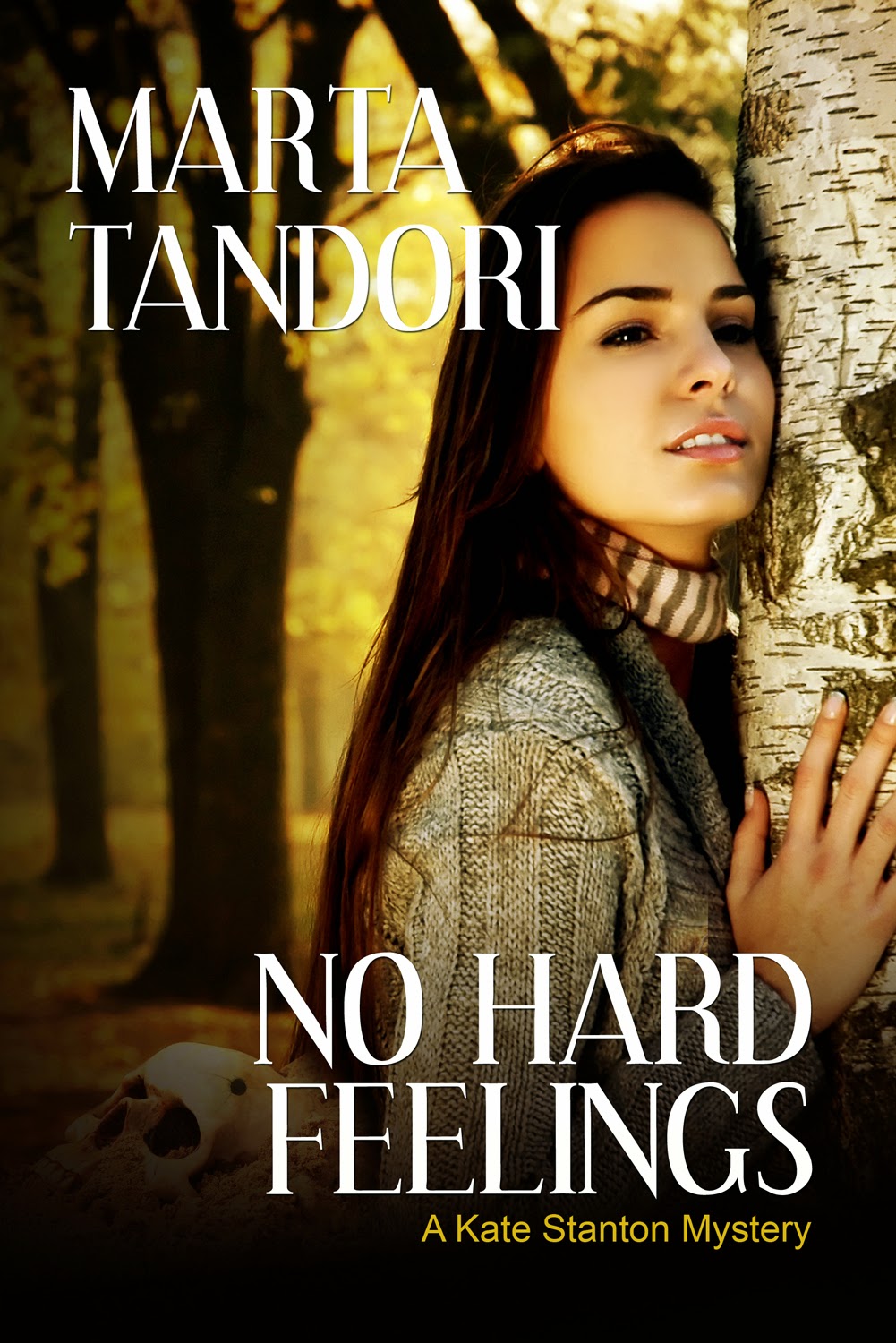 No Hard Feelings by Marta Tandori


Some secrets can’t stay hidden, especially when they involve murder…

Liz Farrell is still reeling over the murder of her mother almost a year earlier at the hands of her father, Leo Bauer, when she receives the startling news that she’s inherited her estranged father’s sizable estate.  Unable to come to terms with her father’s unspeakable legacy, Liz and her grandmother, Kate Stanton, visit Leo’s property in Benedict Canyon, desperately hoping to find closure.  Instead, they find a bunker hidden under an old hunting lodge that had been used by Leo at one time to hold Liz’s mother captive.  Horrified by the discovery, Liz immediately orders the bunker filled and the lodge destroyed but the ensuing demolition quickly comes to a grinding halt after a man’s remains are discovered in a shallow grave at the base of the old lodge.  Once the press get wind of the gruesome discovery, rumors quickly surface, linking the remains to a murder spree that took place at the same address almost half a century earlier; a murder spree conveniently covered up by the governor at the time who also happened to be Leo Bauer’s stepbrother.  Liz and Kate’s efforts to uncover the truth behind the murders are soon hampered by family secrets and a killer who’s intent on finishing the job started almost fifty years ago.

The older attorney looked at his colleague before placing a comforting hand over Kate’s. “We apologize for upsetting you … both of you. My colleague and I cannot even begin to imagine what you’ve gone through, and although we wish there was some way to avoid having this meeting, there isn’t.”

He cleared his throat uncomfortably. “After your—Karl Bauer died, he left the bulk of his estate to his son, Leo. It appears that Mrs. Sanborn and Leo had had a falling out a number of years ago, and as a result, she left her family fortune to her older son, Irving. However, the bulk of her personal estate, valued well in excess of a quarter billion dollars, she has left to Maria Weaver.”

Liz’s head shot up. “But my mother’s dead!” she cried harshly.

Nigel Hawthorne held up his hands. “Yes, we are, of course, well aware of that. According to California succession laws, since the named heir to Mrs. Sanborn’s estate is deceased, the estate then automatically reverts to Maria Weaver’s children … in this case you, Ms. Farrell.”

At a loss for words, Liz stared at him blankly.

Nigel Hawthorne glanced at Kate, but she sat there holding her granddaughter’s hand, saying nothing so he forged ahead. “And your father, Ms. Farrell—”

“Please don’t call Leo Bauer my father!” The words were torn from Liz as tears spilled unwittingly down her cheeks.

The attorney reached into his breast pocket and pulled out a white handkerchief, which he held out to Liz. “We’re again very sorry to have upset you both.”

“It’s not your fault, Mr. Hawthorne,” Kate told him firmly. “My granddaughter and I realized coming into this meeting that it would probably bring up some very painful issues. Please continue.”

Liz jumped up. “Is this some kind of a sick joke?” she cried. “First, he kills my mother, and then he leaves her everything?”

“Leo Bauer’s will was executed back in the late seventies and was never updated,” he explained. “And again, because your mother is deceased,” he paused delicately, “you are your mother’s heir by succession.” 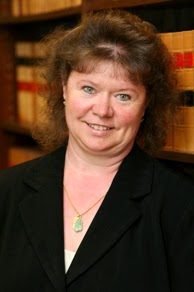 By the time Marta Tandori reached fifth grade, she was an avid reader and writer with a stack of short stories collecting dust in a box under her bed but it wasn’t until she began studying acting in her early twenties at the prestigious American Academy of Dramatic Arts in New York that Marta realized acting wasn’t really her passion – writing fiction was. What followed was years of writing workshops as well as correspondence courses in writing for children through the Institute of Children’s Literature in Connecticut. She credits the award winning author, Troon Harrison, as the instructor who helped her find her literary voice. Marta’s first work of middle-grade fiction, BEING SAM, NO MATTER WHAT was published in 2005, followed by EVERY WHICH WAY BUT KUKU! in 2006. With her more recent endeavors, Marta has shifted her writing focus to mysteries and suspense having “strong female protagonists with closets full of nasty skeletons and the odd murder or two to complicate their already complicated lives”. To learn more about Marta, please visit her website at http://martatandori.com or her Facebook Author Page at www.facebook.com/MartaTandoriAuthor.

Giveaway Information- leave a comment for Marta and be entered to win the following prize~ Marta will be awarding a $25 Amazon GC to a randomly drawn commenter during the tour.

http://goddessfishpromotions.blogspot.com/2014/04/virtual-super-book-blast-tour-no-hard.html
By DawnsReadingNook at May 23, 2014

Thanks so much for hosting my blog blitz tour of NO HARD FEELINGS, a Kate Stanton Mystery! I thought I’d stop by and share with your readers a few details about me and my book.

For those of you who are new to my books, if there’s one thing to know about me, it’s that I’m a H-U-G-E fan of historical events and it’s usually these events that somehow shape or influence many of my characters in my books. This is particularly true in the case of Amanda Nixon, one of the main characters in this book, whose back story was influenced by the Sunset Strip curfew riots and the Charles Manson Family massacre of Sharon Tate and her friends, two tragic events that took place in the late 1960’s.

Even the title of my book, NO HARD FEELINGS, has an interesting twist and it’s not what you think it might be. One reviewer on Amazon had this to say about the title: “...the title “No Hard Feelings” will unfold in a very unique way!...It is an extraordinary element of the story and the presentation, when used in the novel, is outstanding and clever!” Another reviewer on Amazon summed up NO HARD FEELINGS rather nicely when he wrote: “As you gather the pieces of the puzzle in this book, you start looking for the framework and then you begin to wonder how all of the various pieces are going to fit together to come out with a conclusion that makes sense. But Marta Tandori brings all of these pieces together to create a fascinating and interest[ing] mystery novel.” All said, NO HARD FEELINGS is the second book in the Kate Stanton Mystery series. It’s a standalone but I think it’s always great if you have the opportunity to read the first book in order to fully appreciate each character and their respective back stories – great if you want to, but not necessary. If you like books about dirty family secrets, past mistakes and ugly revenge, you’ll like NO HARD FEELINGS, I promise you!

I’ll check in at odd times throughout the day to answer any questions your readers may have.

Well…You’re a new-to-me author, but I love the sound of the blurb. It sounds suspenseful. And the excerpt is very emotional.

Enjoyed excerpt. This sounds really good. Looking forward to getting to read it.
Thank you for sharing and the giveaway!

Glad I stopped by! Very interesting