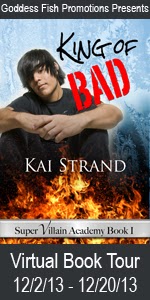 How the Holidays Heat Up

Hey! I’m Jeff Mean. I’m a teenage super villain and I know all about how to heat things up. One of my super powers is fire. I think that makes me a bit of an expert. Plus, I’ve always had a way with the ladies. Girls love a bad boy and I’m King of Bad.

Here are some of my suggestions on how to heat up the holidays:

Hot chocolate after ice skating – My favorite is skating on a frozen over pond (opposed to an ice rink), a little harder to find in my home state of , than say in the . Good thing my polar ability for fire is ice. Here’s what I do: Freeze a pond, skate, girl gets chilled, heat the hot chocolate. Cuddle. Ha ha – see how that works?

Stargazing on a clear night – Girls, trust me when I say it is so much nicer to stargaze in the winter. Skies are crystal clear when the mercury dips low. When you are in the arms of a guy who has fire – don’t worry; I’ll keep you warm.

Movie by firelight – I’m happy to set the Yule log ablaze. We can stream any ole romance movie you want. I doubt you’ll see much of it anyway, not after my fire heats you up.

In the rare case we get enough snow, I like to make a snow fort. After all the hard work of carting and stacking and hollowing out the snow, we can curl up inside, I’ll start a fire and we’ll have a place to ourselves.

When the snow is too sparse, a snowball fight will do. But fair warning, I can levitate things, so I’ve got the advantage. If running away from my barrage of snowballs doesn’t warm you up, I’ll press my heated palms against your cheeks until you can move them again.

We can wander through neighborhoods to find our favorite holiday lights display. I’m pretty serious about my favorites though and if you don’t agree, I might have to wrestle you for the title.

Spiced cider at Lookout Point is another favorite of mine. Nothing beats city lights to set the mood.

Except maybe candlelight. I don’t cook, but if you do I’d be happy to stare adoringly at you over dinner by candlelight.

As you can see there are plenty of ways dating a teen super villain with fire and ice super powers can benefit you in the winter. What do you say, ready to heat up the holidays with me? 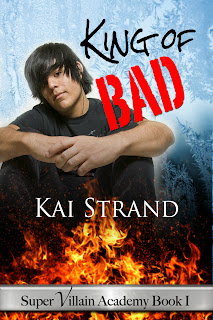 Jeff Mean would rather set fires than follow rules or observe curfew. He wears his bad boy image like a favorite old hoodie; that is until he learns he has superpowers and is recruited by – where you learn to be good at being bad. In a school where one kid can evaporate all the water from your body and the girl you hang around with can perform psychic sex in your head, bad takes on a whole new meaning. Jeff wonders if he’s bad enough for SVA.

He may never find out. Classmates vilify him when he develops good manners. Then he’s kidnapped by those closest to him and left to wonder who is good and who is bad. His rescue is the climactic episode that balances good and evil in the super world. The catalyst – the girl he’s crushing on. A girlfriend and balancing the Supers is good, right? Or is it…bad?

Sitting front and center in math class the next morning was the Amazon. Jeff almost stumbled when he saw her. Even folded into a standard classroom desk, her body went on and on. Her olive skin glowed under the fluorescent lights. Miles of wavy sable locks tumbled to her waist. A short skirt revealed a never-ending expanse of legs gracefully wrapped together under the desk. They seemed indecent. Jeff wasn’t attracted to her, per se, but she intrigued him. And scared him to death.

Amber colored eyes gleamed when they met his. She looked him over from head to toe and a half smile curved her full lips. Jeff fought the urge to scurry past and with all the casual aloofness he could muster, he sauntered to his desk at the back of the room. He heaved a loud mental sigh when he was safely behind her. He might understand Pyro’s claim that something wasn’t right about the Amazon. Though he doubted that he and Pyro were referring to the same thing.

To Jeff’s dismay, the math teacher had the Amazon introduce herself to the class. She stood at the front and stared pointedly at Jeff most of the time. When she spoke he groaned. Her voice was warmed butter rum—soothing, comforting and intoxicating. Jeff made the mistake of glanc-ing at her while she spoke about her home in northern . As soon as they made eye contact, Jeff was transfixed. Though she continued to speak aloud to the class she also spoke directly to Jeff in his mind. It wasn’t in a language that Jeff understood, but he knew she was hypnotizing 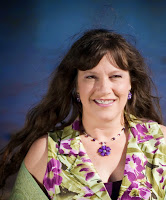 When the electricity winked out, Kai Strand gathered her family around the fireplace and they told stories, one sentence at a time. Her boys were rather fond of the ending, “And then everybody died, the end.” Now an award winning children’s author, Kai crafts fiction for kids and teens to provide an escape hatch from their reality. With a selection of novels for young adult and middle grade readers and short stories for younger children Kai entertains children of all ages, and their adults. Visit Kai’s website, www.kaistrand.com, to browse her books, download companion materials or to find all her online haunts.

You can usually find Kai online at Facebook:  https://www.facebook.com/KaiStrandAuthor 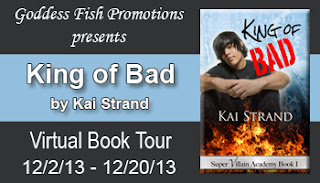 Giveaway Information: Kai will be awarding a $25 Amazon GC plus a signed book mark to a randomly drawn commenter during the tour (International).

Follow the tour HERE and remember to enter via raffelcopter below

a Rafflecopter giveaway
By DawnsReadingNook at December 05, 2013

Thanks for letting Jeff show off his, um, prowess...ha ha.

Thank you for a great excerpt.