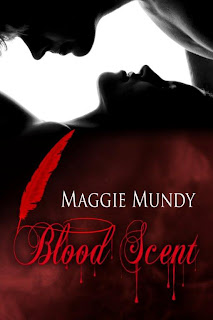 Trent Feldor is a Seeker vampire who protects human females from Rogue vampires who would take them as mates. Kellie is a reporter who wants to make the front page of the newspaper by finding the Parklands Killer. Instead she stumbles straight into a vampire fight and she is the trophy being fought for.

Kellie has never let anyone into her life since her mother's death, and isn't going to let the mysterious get under her skin. As for , he may have found the one woman he could love but he will have to stop Rogue vampires who want to kidnap her, and vampire hunters who want to kill him.

It was that velvety tone again, the one she couldn’t fight, or at this moment didn’t want to.

His chest felt hard under her hands as she leant against him. His heart raced and hers matched its speed. He pulled her shoulder length hair aside and a shiver ran from the nape of her neck to the bottom of her spine. He kissed her gently, his cool lips barely touching hers but causing an ache at her core. She wanted him but had to pull away; she had seen his fangs and remembered the fear that had coursed through her at the moment he had killed someone before her.

It all came back like pictures on a movie screen being played in her head. The fight, the blood, the killing. But then the pictures blurred and went dark, her panicked heart rate slowed, and a sense of trust and calm took over her body. Of course she could help him, that’s what friends do; it was no big deal for her to give him some of her blood. There was a stinging sensation on her neck and her body tingled and the yearning for him intensified as he fed. She needed to be closer to him. One of her hands reached up and held his head against her throat increasing the pressure of his fangs he fed, the sensation an intoxicating mix of pleasure and pain. 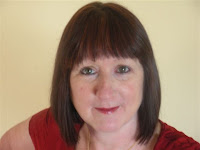 Maggie Mundy lives in and is a member of Romance Writers of Australia, and the local chapter SARA (South Australian Romance Authors). She had a short story published in the RWA Topaz Anthology Little Gems in 2010 called Sea and Vines. Over the past year she has had stories on line with Alfie dog in the and Antipodean SF in .

She always loved reading all forms of speculative fiction and decided the stories in her head needed to be written down. It was either that or start on medication. She didn’t know she wanted to be a writer until a few years back when she started doing a degree in drama but soon realised her love was writing, though there is a play lurking somewhere on her computer. Her day job is as a nurse in the operating room which helps with research for her gory scenes. She believes romance can be fun but it’s exciting to spice it up with the unknown where the rules can be broken.

Her debut novella Blood Scent with

She would love to hear from you via her website 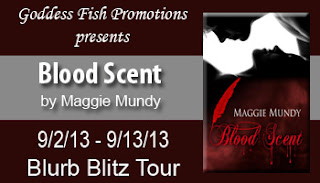 Giveaway Information: Please leave a comment/question for Maggie and be entered to win this great prize from her. 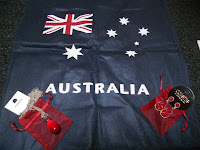 Remember to follow the tour in order to get more chances to enter for this prize. You can follow the tour at  http://goddessfishpromotions.blogspot.com/2013/07/virtual-blurb-blitz-blood-scent-by.html

By DawnsReadingNook at September 09, 2013

Nice excerpt- and oolala- look at that cover. :)
~Decadent

Thanks for hosting. Thanks for your comment Decadent Kane,I agree. For a debut book the cover goods were looking after me.

Thanks for sharing the Teaser and the giveaway. Sounds like a great book. evamillien at gmail dot com