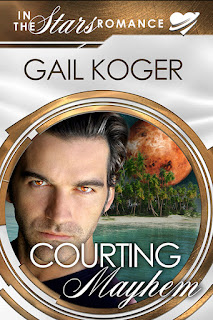 Love to travel, to meet new people and see the sights? Me too. Unfortunately, if you want to get to these foreign destinations, you must take a plane, or a train and taxis.  An adventure that’s not for the faint of heart.

On a sixteen-hour flight from Australia I got stuck sitting next to an English lady who was all elbows.  I mean, those suckers should have been registered as lethal weapons. Jab! Jab! Jab!  Joe Frazier had nothing on her. Trying to keep out of range, I ended up sharing half of my sister’s seat.

About thirty minutes into the flight from hell, the English lady pulled a handkerchief out of her pocket and rubbed briskly at her hairy underarms. Ewww!  Where the heck was the flight attendant when you needed her? I pushed my call button frantically. C’mon, c’mon I can’t take another 15 hours of this crap.  After what seemed like an eternity, okay it was more like five minutes, the flight attendant walked up. Before I can say a word, the English lady rudely butted in and ordered five of those little bottles of whiskey. I watched in amazement as she lined them up on her tray and proceeded to toss them down, one after another.  Twenty minutes later she was asleep and stayed that way for the entire flight.

If you want to travel to Mexico, make sure you fly. I made the big mistake of taking the train from Nogales to Mazatlan, Mexico.  Hey, it was cheap. Really cheap and I soon found out why. The toilet was the pull-down kind. No privacy. If you needed to go, you pulled the sucker out of the wall and did your business with everyone in the compartment watching.  Yeah, like that was going to happen. I’m proud to say I held it for twelve hours straight. Okay, I kept my legs crossed and prayed a lot.

The sleeping berths faced the front of the train. Every time it stopped you fell out of bed. They made a lot of stops. By the time we arrived in Mazatlan, I’m sleep deprived and really, really needed to pee. I rushed for the door, eager to find a real bathroom and found myself face to face with a big Hispanic dude. I eyed his scruffy unshaven face, filthy, sweat stained yellow shirt and his big ass rifle in horror. Holy guacamole, a bandito and we’re about to be robbed.  No, I did not pee my pants, but it was close. The guy turned out to be El Policia or as us Americans like to say a cop. He wanted to know if we had any drugs. I pulled out a bottle of aspirin and handed it to him. He was not amused.

Riding in taxis can be downright terrifying.  There’s the language barrier. Yes, I went back to Mexico, my mistake. Moving on, I’ll admit my Spanish is limited. So, communicating can be like a game of charades. Lots of hand gestures, pantomiming water, and swimming.  “Adios Cerritos Beach. Si?”  At the blank look in the driver’s eyes, I did my best swimming routine and spoke very slowly. “Vamonos, beach. Si?”  We ended up at the market with twelve of his cousins trying to sell us handmade Mexican jewelry. Go figure.

Have you ever ridden in one of those airport vans? You know, the ones driven by a downright surly driver who speaks very little English and can’t get off his cell phone long enough to find out where you’re going? That should have been my first clue that things weren’t quite right. My second clue should have been the panicked expressions of the Japanese businessmen already seated. I climbed in and before I could even close the door, the driver floored it; cutting off a city bus and whizzing in and out of traffic. Did I mention no seatbelts? Red lights weren’t a problem, either. Nope, not at all cuz we weren’t taking the highway, we were doing Mach One down a trash filled alley. The driver seemed hell bent on hitting every pothole he could, sending us crashing into the ceiling.  Like some crazed kamikaze pilot, the driver shot across a busy street, barely missing a semi-truck, and zoomed down another alley. I’m all for seeing the sights but c’mon. Dumpsters and transients aren’t really tourist attractions. The driver took a sharp right and suddenly I’m sitting on the lap of a Japanese businessman. He wrapped his arms around me as we went airborne and careened into the parking lot of a Marriot hotel. As soon as the driver opened the door, we all bailed. Was it my hotel? No, but I wasn’t stupid or suicidal. The nice Japanese businessmen escorted me inside and bought me a drink. Okay, a lot of drinks. Hey, I needed them to calm my nerves.

If you like hilarious hijinks, alien action, and sci-fi mayhem, check out COURTING MAYHEM.

When she was barely eight, Mayhem’s berserker powers surfaced and wherever she went, pandemonium soon followed. To teach her control, and keep her from destroying the known universe, her fathers started a training program tailored to Mayhem’s unique talents. Now she is a formidable bounty hunter.

On her twenty-first birthday, her fathers gift her with her dream vacation, which quickly turns into an unmitigated nightmare.  First, she butts heads with a cranky Coletti War Commander.  To complete the fiasco, the Shebu, a stone of unfathomable power, is stolen.  Now Zarek, the Coletti Overlord, demands she work with the cranky Coletti to retrieve it, or her fathers will be imprisoned on a penal colony. Can her Berserker skills save the galaxy?  Can she avoid falling in love with the smokin’ hot War Commander?

Howdy. My name is Gail Koger and once upon a time I was a 9-1-1 dispatcher. Too many years of wild requests, screwy questions, bizarre behavior and outrageous demands have left me with a permanent twitch and an uncontrollable craving for chocolate. I took up writing science fiction romance to keep from killing people. So far, it has worked.

Feeling down? Need a laugh? Check out my books.