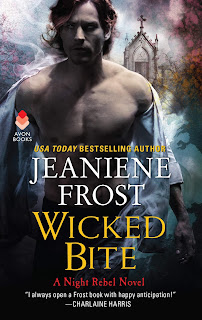 Some promises are meant to be broken…

Veritas spent most of her life as a vampire Law Guardian. Now, she’s about to break every rule by secretly hunting down the dark souls that were freed in order to save Ian. But the risks are high. For if she gets caught, she could lose her job. And catching the sinister creatures might cost Veritas her own life.

Some vows are forever…

Ian’s memories might be fragmented, but this master vampire isn’t about to be left behind by the woman who entranced him, bound herself to him, and then disappeared. So what if demons, other Law Guardians, and dangerous, otherworldly forces stand against them? Come hell or high water, Ian intends to remind Veritas of the burning passion between them, because she is the only person seared on his mind—and his soul…

“What’s so amusing?” I asked in my chilliest voice.

“You,” he said, still chuckling. “Knew you must fancy me to convince Crispin to lie his arse off to protect me from a demon I can’t remember, but I didn’t realize this.”

He gave me a sunny smile. “You’re madly in love with me.”

He waved away my gasp. “Nothing to be ashamed of. You’re in the company of multitudes, though none of them got me to the proverbial altar the way you did. Have I mentioned how impressive that was? Blimey, talk about making the impossible a reality.”

Outrage had me sputtering. “You are such an ass—”

“Can’t blame it on the Red Dragon, either,” he went on as if I hadn’t spoken. “I’ve been high on that several times, yet never woken up with a wife before. Means I must have wanted to marry you, too, shocking though the thought may be.”

“Your arrogance is astounding—”

“Then again, I do know you’re mine,” he continued, eyes gleaming now. “Did I tell you I sometimes feel things before they happen? Ah, I can see from your expression that I did. Imagine my surprise when I felt that you were mine the first time I saw you. Felt it again with every memory I had of you. Felt it when you were lying your arse off to the council about me, too, and I really felt it when I walked into your hotel room and breathed in your true scent.” He came close, letting me see him inhale again. “Knocked me right off my feet,” he murmured. “’Course, that also could have been the new memory it elicited, but either way, I know you’re mine. And so do you.”

“Bullshit,” I said with all the emotion I was denying.

Ian only smiled. “Keep pretending, then. I don’t need you to admit what you feel in order for you to help me recover what I’ve lost. You can show me.”

I regained enough control to ask, “How will I show you?”

“Being near you has already inspired one new memory. I expect more will come the longer we’re together.” His gaze turned knowing. “Did you realize that? Is that the other reason you’ve tried so hard to avoid me?”

If Ian remembered everything, he’d never let me pay the price for his resurrection alone. His sense of honor would demand that he hunt down the other souls along with me, danger be damned. I had to get away from him before that happened. But now that he could teleport, how could I escape him?

Of course. Ian was formidable, but he did have one rather large weakness.

I came toward him and dropped my glamour. My skirt suit was already ripped from the ghoul fight and being buried alive, so my real curves almost overflowed the torn fabric, now too tight. His gaze raked me from the top of my streaked, silvery hair all the way to my feet, and his nostrils flared when he caught my real scent.

“There you are,” he said in a throaty voice.

Then I put my arms around him, steeling myself not to get lost in the feel of him. He pulled me close, his body flush against mine. Every nerve ending I had caught fire. So much for me maintaining control. Still, I couldn’t stop now. I tilted my head back and parted my lips, an invitation for him to kiss me.

His eyes glowed emerald as he took me up on it.

BUY THE BOOK AT: 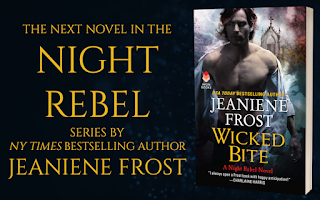 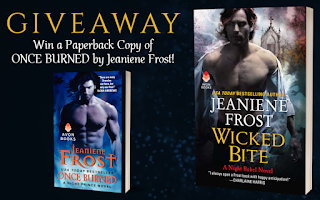 GIVEAWAY TERMS & CONDITIONS:  Open to US shipping addresses only. One winner will receive a paperback copy of Once Burned by Jeaniene Frost. This giveaway is administered by Pure Textuality PR on behalf of Avon Books.  Giveaway ends 2/29/2020 @ 11:59pm EST. 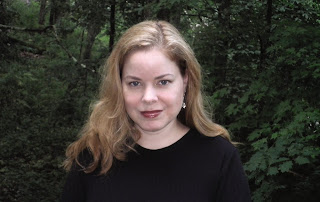 JEANIENE FROST is the New York Times, USA Today, and international bestselling author of the Night Huntress and Night Prince series, as well as the Night Huntress World novels. To date, foreign rights for her novels have sold to twenty different countries. Jeaniene lives in Florida with her husband, Matthew, rarely cooks and always sleeps in on the weekends. Aside from writing, Jeaniene enjoys reading, poetry, watching movies with her husband, exploring old cemeteries, spelunking and traveling -- by car. Airplanes, children, and cook books frighten her.

By DawnsReadingNook at February 04, 2020