Today we are celebrating the release of FAMOUS by Marie Force by participating in the blog tour. This book the highly-anticipated conclusion to the bestselling Quantum series. Check out some teasers for the book below. 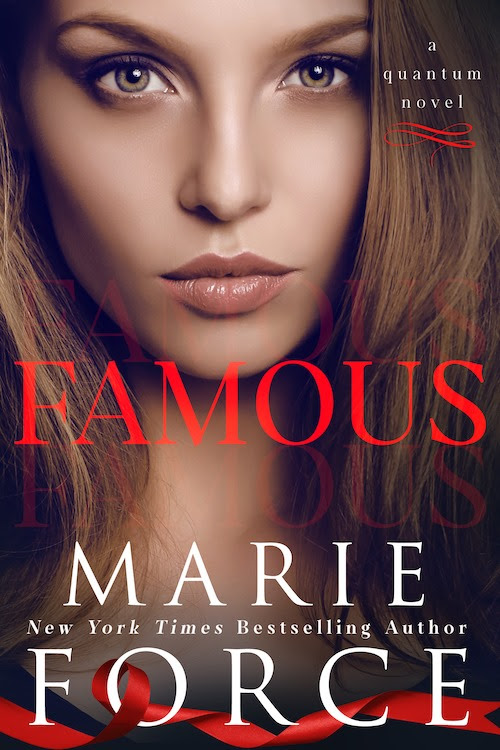 I thought I’d finally met the man of my dreams...

Marlowe I’ve planned this night for weeks, down to the last detail. I want it to be perfect. Bringing someone new into my private life is not something I do lightly, having learned the hard way over the years that celebrity has a dark downside that I go out of my way to avoid whenever possible. But he is different. We’ve been together for months and the time is right to take this next step with him. It doesn’t take long for me to realize I’ve made a huge mistake trusting this man. Before things go from bad to worse, I have the presence of mind to know I’m in big, big trouble. Marlowe Sloane’s story, FAMOUS, is the thrilling conclusion to the New York Times bestselling Quantum Series. 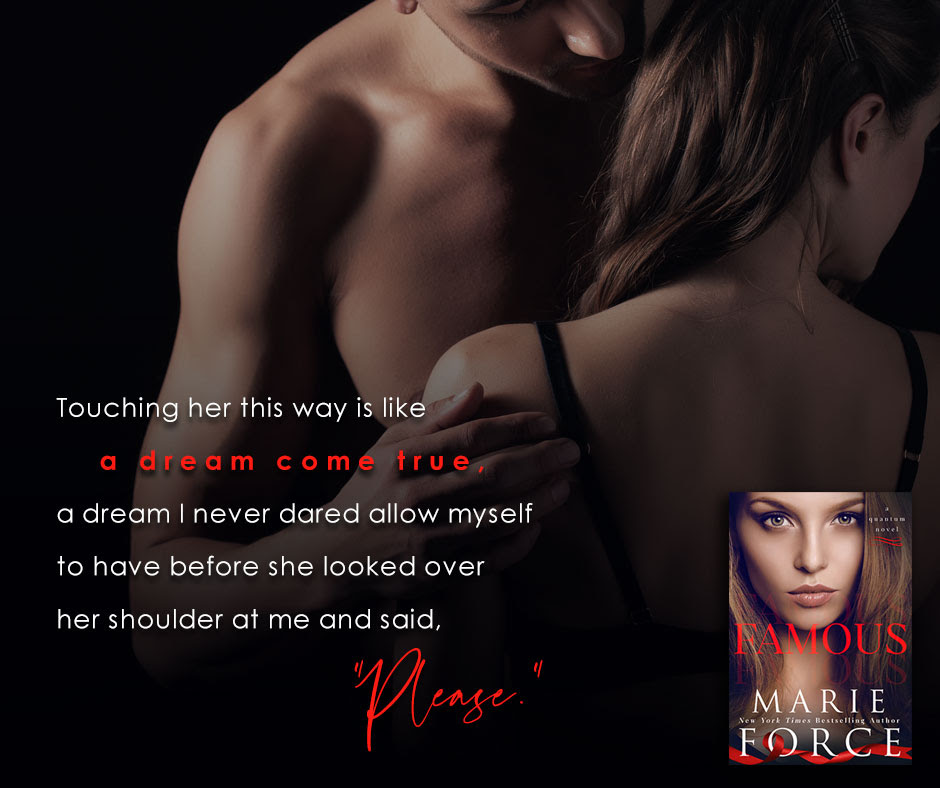 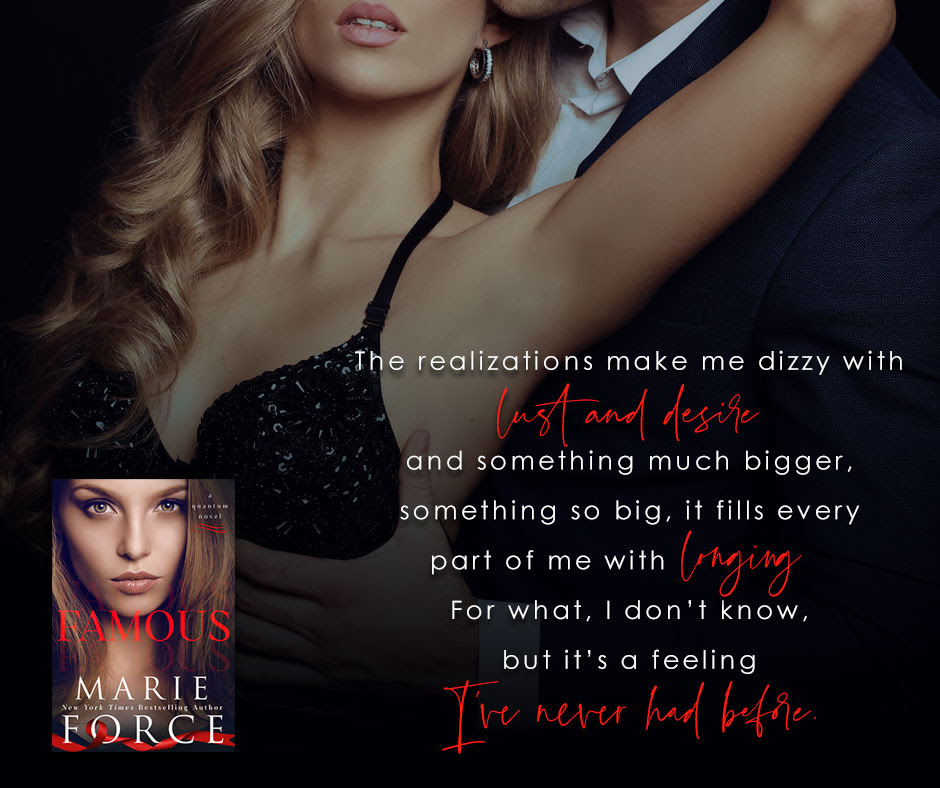 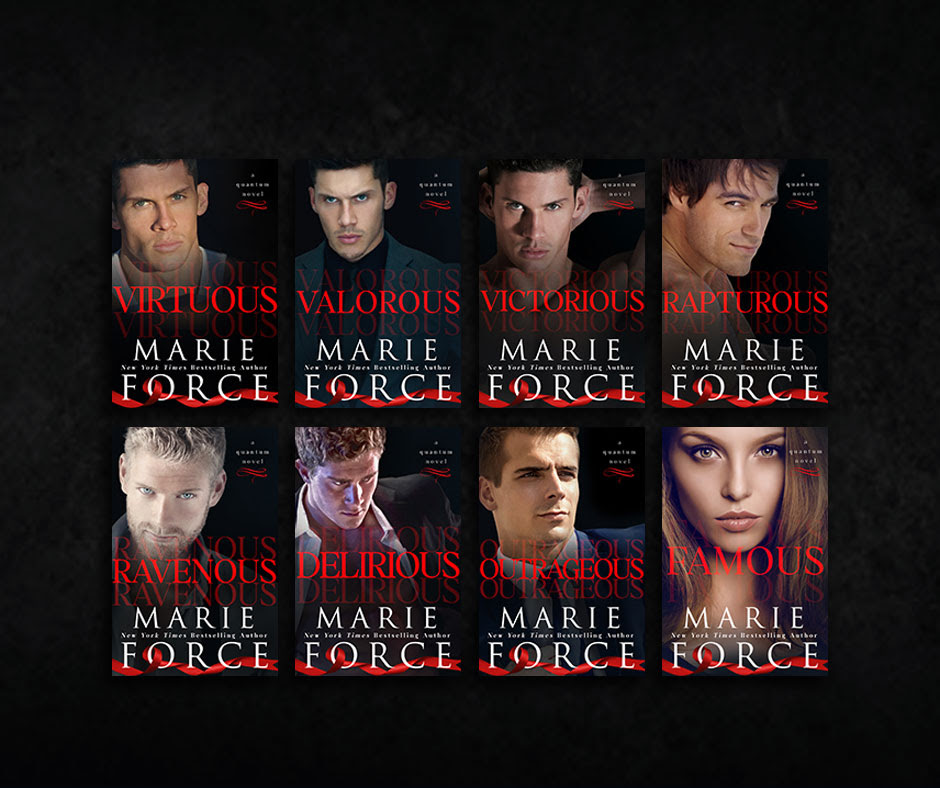 CLICK HERE FOR MORE INFORMATION ON THE QUANTUM SERIES