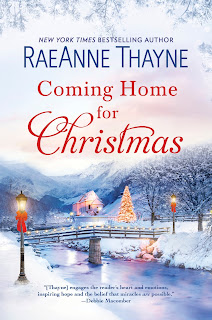 Building on a mystery teased in The Cottages on Silver Beach, this latest installment in the wildly popular Haven Point series follows Luke Hamilton as he attempts to reconnect with his wife, Elizabeth, who has finally resurfaced after having been missing for several years. More than seven years after Elizabeth’s mysterious disappearance, Luke, their two children Cassie and Bridger, and the tight-knit community of Haven Point are still reeling and looking for answers. Many in town suspect Luke had something to do with his wife’s disappearance—including the new district attorney, who is preparing to press charges against him. But based on a tip from his best friend, FBI agent Elliot Bailey, Luke has known Elizabeth’s true whereabouts for months. Now, with the prospect of criminal charges bearing down on him, Luke resolves to finally reestablish contact with the woman who broke his heart and vanished without explanation so many years ago. He discovers Elizabeth on the Oregon coast, living under a new name and with a new appearance.

But although her face may have changed, Luke still sees in her eyes the same Elizabeth he fell in love with more than a decade ago. Elizabeth, for her part, is trying to find her way back to herself after the series of tragedies that led her to run away in the first place—including the death of her parents in a terrible boating accident and her own battles with postpartum depression. But despite the new life she has built for herself, Elizabeth is desperate to reunite with Cassie and Bridger, so when Luke asks her to return to Haven Point to spend Christmas together as a family, she jumps at the opportunity. As the holiday season casts a magical glow over the cozy town of Haven Point, Elizabeth reconnects with her children, trimming trees, baking cookies, and basking in the bliss of this second chance at motherhood. At the same time, she and Luke start to rediscover the undeniable spark that still exists between them. As Luke and Elizabeth draw closer and closer together, can the lights and joy of the holiday season in Haven Point help them rediscover hope, healing, and love—all in time for Christmas?

In the tradition of RaeAnne Thayne’s beloved holiday novels like Sugar Pine Trail and Season of Wonder, COMING HOME FOR CHRISTMAS is a story about the enduring power of love and the gift of new beginnings—a perfect book to curl up with next to the fire this holiday season.

“RaeAnne Thayne gets better with every book. The Cliff House is an absorbing, romantic, and deeply moving story about taking chances and being brave in both life and love—I didn’t want it to end!” —Robyn Carr, #1 New York Times best-selling author

“Thayne is in peak form in this delightful, multiple-perspective tale…. A warmly compelling and satisfying work of women’s fiction.” —Booklist on The Cliff House (starred review)

“Another deftly crafted gem of a novel by a master of narrative storytelling…. Season of Wonder is compelling and unfailingly riveting read from first page to last.” —Midwest Book Review on Season of Wonder

“Heartwarming and endearing.” —Omnivoracious on Season of Wonder

“An ice-cold case adds a dash of mystery and drives the plot of this family-rich reunion story that looks at some serious emotions and brings our protagonists together…A thoroughly charming seasonal read.” —Library Journal on The Cottages on Silver Beach 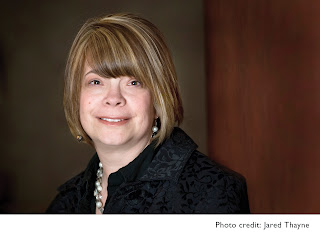 New York Times and USA TODAY best-selling author RaeAnne Thayne loves words. Her love affair started as soon as she learned to read, when she used to devour anything she could get her hands on: cereal boxes, encyclopedias, the phone book, you name it! She loves the way words sound, the way they look on the page, and the amazing way they can be jumbled together in so many combinations to tell a story. Her love of reading and writing those words led her to a fifteen-year career in journalism as a newspaper reporter and editor. Through it all, she dreamed of writing the kind of stories she loved best. She sold her first book in 1995 and since then she’s published more than 60 titles. Her books have won many honors, including three RITA® Award nominations from the Romance Writers of America and a Career Achievement Award from RT Book Reviews. RaeAnne finds inspiration in the rugged northern Utah mountains, where she lives with her hero of a husband and their children. She loves to hear from readers and can be reached through her website at www.raeannethayne.com.

By DawnsReadingNook at September 24, 2019