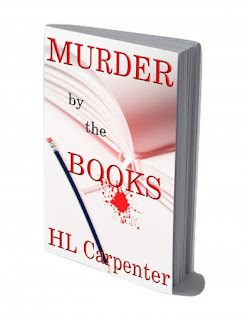 Please give a warm welcome to Fae Childers from Murder by the Books by HL Carpenter today as we sit down and see what makes her tick.

Hi, Dawn! Thanks for inviting me here today.

What’s your favorite thing to do when you’re not solving mysteries?

I have a Master's of Accountancy and I love crunching numbers. Numbers never lie. Unlike some people I could mention.

What is it about your love interest, Ret, that makes you crazy in a good way?

He's kind and smart and exactly the type of guy I didn't know I would ever find. I don't have a very good track record in the romance department. But when Ret runs a thumb over my mouth and then kisses me gently, my legs go weak.

Do you sometimes want to strangle your writers? Thrash them to within an inch of their life? Make them do the stupid crap they make you do?

Tell me about your world. What are your greatest challenges?

My world has been a dark place for the past few months. My mother died, I got fired from my job, my fiancé dumped me, I'm running out of money, and the lease is about to expire on my apartment. I also just got a letter from a grandmother I never knew I had, and now I have to face the fact that everything I was told about my past was a lie. Doesn't my life sound like fun? I want to crawl back in bed and pull the covers over my head. Just my luck I can't. I have to figure out why I was never told about my grandmother. And why she died believing I was in danger.

Normal. NOT a fortune-teller!

I'm an accountant. All right, full disclosure: I was fired for embezzlement. I'm innocent, but no one believes me. Big surprise, right? Who doesn't say they're innocent when accused of a crime?

Anyway, if accounting is no longer in my future, I may have a new career solving murders. I might even become a private investigator. Only kidding. Meeting one murderer is one too many in my opinion.

The ocean. I have avoided the ocean my entire life. That's quite a feat, considering I live in Florida, a peninsula surrounded on three sides by huge heaving bodies of water. And of course, my grandmother's unexpected letter means now I have to confront that fear head-on. Thanks, Granny! 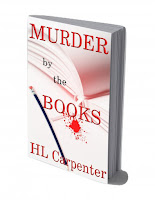 
A letter from beyond the grave brings Fae Childers face to face with murder, embezzlement, romance, and a hidden family legacy.

Gus shook his head. "You gotta get over them fools, girl."
"That's no way to talk about my former bosses." Especially since I looked at the real fool in the mirror each morning. I had believed dedication, loyalty, and hard work were appreciated by the partners of Slezia + Fyne, CPA, PA.
Ha, ha.
"Anyway, I am over them. Way over."
"Yeah?" He was not convinced. "You over the suit too?"
"Sure am." Once again, I stuck with our new routine and gave him the same answer I always did. "I have moved on."
Once again, the lie carried the bitter taste of betrayal. The suit was Scott Piper, former co-worker, fiancé, and man of my dreams. The suit dumped me the day I was fired.
Gus snorted. "Funny how much movin' on resembles standing around feeling sorry for yourself."
He was right. In the eight months since my mother's death, I had slogged through an ever-darkening morass of the malady Gus called moping, and what his favorite celebrity psychologist might consider the early stages of depression. The firing and the accompanying fallout shoved me even closer to the edge of a black abyss.
My moping was self-absorbed, given the burdens others faced, but what could I say? One woman's detour was another's stop sign.
"Your ma would have been annoyed with you."
A lump in my throat closed off my voice and I could only nod. He was right about that too. My irrepressible mother believed in taking the positive approach to life. To her, saying negative words or thinking negative thoughts was the same as asking them to come true. She had little patience for pity parties.
Focus on your strengths, Fae, and always keep moving.
My ability to follow her advice vanished with her death. I was slowly turning into the type of recluse the Japanese call hikikomori. Even the simple task of cleaning out Mom's bedroom was beyond me.
"So? You gonna open the letter?" Gus asked.
I turned over the envelope in my hand.
Heavy, officious, dirty white, and mildly threatening, the envelope shrieked of the intimidation perfected by lawyers and the Internal Revenue Service and jolted me right out of my apathy. My breath hitched in my throat.
Had Gary Slezia and Richard Fyne gone back on their word? Had they decided to forego their distaste for publicity and press charges against me?
Buy link
https://amzn.to/2TEFiXF
About the author 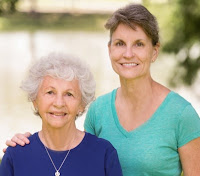 Mother/daughter author duo HL Carpenter write family-friendly fiction from their studios in Carpenter Country, a magical place that, like their stories, is unreal but not untrue. When they’re not writing, the Carpenters enjoy exploring the Land of What-If and practicing the fine art of Curiosity. Visit HLCarpenter.com to keep up with the latest happenings in Carpenter Country.
Author website link
https://www.hlcarpenter.com/

Thank you for featuring our book, Dawn! Much appreciated!