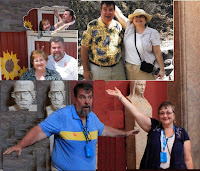 Angelica Hart and Zi would like to interrupt the previously scheduled blog to share this spot with ---.
(Creepy Story part 3 will return April 19) 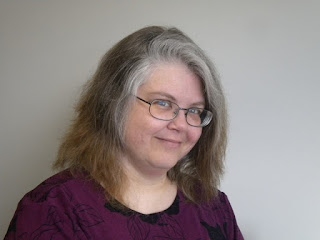 Renee Wildes and her newest book 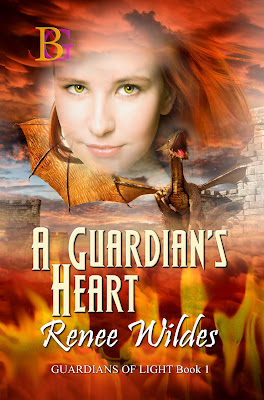 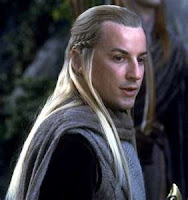 One of the components of World-Building is Culture. What does Culture means to you?
What it means to me? Culture is a unique set of beliefs and customs manifested in a visually recognizable set of trappings. It’s a group of people generally believing in and behaving around a central core set of similarities. When you think Chinese, Mexican, or Italian, very different images come to mind, from the cuisine to the art & music to the costumes to the stories & traditions.

One of the best parts of writing is when you develop a character from a specific culture, with a set of specific customs and beliefs and values. And they you tear him away from everything familiar and park his butt right in the middle of a society with differing—or better yet, opposing—values and customs and beliefs, and ask him to cope. Big surprise—he can’t. Bigger surprise—conflict, jeopardy. Story. That’s where the fun is, for both writer and reader. It can be a pain in the butt for a writer, to have to dig that deep to create it. But the payoff for the reader is so worth it. Those are the stories that stay with us.
A Guardian’s Heart is Book One in my Guardians of Light fantasy romance series from Champagne Book Group. It is a new twist on the Cinderella theme, full of contrasts and conflict.

The heroine Dara is an orphaned bastard, raised a human peasant in a Dark-Ages-esque village and trained publicly as a healer and secretly as a warrior. She comes from a matriarchal family in a patriarchal society, and worships the ancient Triple Goddess of Maiden/Mother/Crone in a world where the One God is fast encroaching.

The hero Loren is an immortal elven prince, a warrior with the gift of empathy, born and raised in a Medieval-esque castle in a city. Intended to be the Right Hand of the King for his older brother Deane, and the husband to Lady Alani, the daughter of Loren’s father’s best friend. With his sentient war mare Hani`ena, Loren becomes Lady’s Champion, a paladin for his goddess the Lady of Light.
Loren’s world seems incredibly advanced to Dara, from their casual everyday use of magic to the plumbing. She seems a rustic barbarian to them. When they realize Loren’s emotional attachment to her, they offer approval for her to become his sensuri, or mistress. But he wants her as a wife. But she struggles with state dinners, dancing, and having a lady’s maid. Her temper and habit of speaking-before-thinking get her into trouble. No one thinks she’s queen material—including Dara. Except Loren refuses to have her as anything else—and threatens to walk away from all his responsibilities to be with her.

TAGLINE:
Strength can be drawn from pain…if the heart can heal faster than it bleeds.

BLURB:
Dara Khan Androcles was trained from childhood to be a healer. But as a demon-possessed invader threatens Safehold, and she defends a wounded warrior on the battlefield, her hidden inner dragon thirsts for blood.
When she lifts the warrior’s blond, blood-encrusted hair away from his ear, she discovers he is more than King Hengist’s outlander ally. He is an immortal. The elven heir to the throne of Cymry.

Loren ta Cedric senses something different about flame-haired, falcon-eyed woman who saves him. A healer, wreathed in raw, dark power, who wields knives with deadly skill. A mortal who prays to the Lady, not the human gods. Now he owes this thoroughly distracting female a Life-Debt. Which, in the heat of their flight to Loren’s homeland to raise an army, somehow becomes Lifemate.

Dragon-human and elf, peasant and prince—logic says they have no future. Yet the power of their unlikely bond could be the only thing that saves their world from a demon poised to tear it apart.
Warning: This new twist on Cinderella contains a grouchy dragon, a sentient war mare with the dry wit of a certain English Dame, and a fiery heroine who strikes serious sparks with a mercenary elf.

EXCERPT:
Tugging his velvet tunic down, Loren knocked on the door adjoining Dara’s room to his own. Did he thank or strangle his meddling kin for that accessibility?

“Come in.” Lorelei’s immense satisfaction hit him and a shy uncertainty that was Dara’s.

Loren strode through the door and froze. He stared, mouth agape, but could not seem to close it. Dara was a breathtaking vision in a long-sleeved, shimmering gown of gold bright-cloth split over an undergown of sheryl-silk that gleamed maple red and burnt orange as she moved. Lorelei had wound Dara’s hair with gold braiding but left it down. It flowed like a river of fire over one shoulder to her waist.

“I look like a butterfly.” Topaz glinted at her throat and ears. Dara glared at Lorelei and yanked the brocade train. “I break my neck on those stairs, you’d best throw me the world’s fanciest funeral. What fool invented skirts longer than the ankles?”

Loren dared not laugh. “You are beautiful.”

Dara stomped to Loren. Her scent, and something else, hit his senses hard. He swallowed and tried to ignore how her full breasts plumped over the maple-leaf-shaped neckline. He envied the large topaz nestled between them. She shall put all the court ladies to shame. He got lost in her gold eyes.

They narrowed on him. “Shall you stare at me all night?”

“Probably.” Fear lurked beneath her carping words. She complained to mask her nerves.

“I shall see you both downstairs.” Lorelei swept from the room.

Loren presented his arm to Dara. “Here, let me help you.”

She knocked it away, scowling. “Did I ask for your aid?”

It was going to be a long night. “We need not go to dinner just yet. I know you feel overwhelmed, but you look splendid. You shall be the envy of everyone present.”

“Tonight shall be just kin.”

“You did not strike me as a hider. Show what you are made of. There is naught to fear.”

A troubled look crossed her face, and she bit her lip. “Why did you bring me here?”

He frowned at the wave of suspicion emanating from her. “Because you need assistance to oust Jalad. Mages against a demon.”

“Why am I here?” She indicated the room. “In family quarters, in a room next to yours, rather than some distant guest suite? Why do they call me Milady and gift me with gowns and jewels?”

“You came with naught of your own. You cannot go without.” The memory of her “without” haunted his dreams. He awoke hard and aching. For her. “The clothing and jewels help you blend into the household, to accord you proper respect.”

“Why am I roomed next to you?” Dara persisted. “I’m no lady, I’m no wife, I’m no fancy light-skirts accorded easy access—”

“What?” An anger he had never met before boiled. “Is that what you think of me, that I would take advantage of your plight so you ‘repay’ my aid?” He wanted to shake her, but gripped the back of a chair instead.

Defensive belligerence. She bristled as her gaze clashed with his in the mirror. “What else is a peasant abducted by a prince supposed to think? I’ve naught else to repay you with.”

“I am no mercenary to be paid at all. Was I to leave you to burn?” Loren spun her to face him. “My kin were concerned you would be uncomfortable enough without being isolated and placed you near the only person you know here. If you prefer distance, I shall order you reassigned to the best guest chamber in a separate wing of the palace.”

Mortification. “I apologize if I offended—”

Loren shook his head and cupped her cheek with his hand. “I apologize for offending you. It was not my intention to give you pause for concern. I forgot how adjoining rooms are viewed in your world. I do not deny the attraction between us, but I assure you I shall never take advantage of my position.”

“Who’ll be at dinner?” Dara gave him a hopeful glance. “Sirona?”

Loren let her change the subject. “Aye. Sirona and Falak, Deane and Paulette—”

Her spirits drooped. “Oh joy.” She tugged at her long sleeves.

He ignored that. “Father, Brannan, Granther and Granna—”

“She didn’t even let me keep one blade.”

“Do you always attend dinner armed?”

“I’m armed even in my sleep, Warrior. I’ll never be helpless again.” A shadow crossed her face.

Loren drew her toward him. She trembled but fought to hide it. “Dara, you are safe now. Jalad cannot reach you here. You show strength and courage, can handle aught.” He trailed a finger down her dewy cheek. Touching her was a mistake, but her smooth skin was so soft… “You shall be fine. I shall be there the entire time.”

She rested her cheek on his chest. “I’d eat in my room. I understand naught of royal protocol. I’d not wish to embarrass you, Loren, but I might.”

He sucked in a breath at the rightness of Dara in his arms and tilted her face until her worried gaze met his. “You could never embarrass me.” Another mistake, but this close, Loren needed to kiss her as much as he needed his next heartbeat. Just to reassure them both. By the way her eyes darkened, she wished it also. He leaned in, absorbing her warmth, her feminine scent. She parted her lush lips, and he was lost.

He meant to keep the kiss light, consoling. It stayed that way for but a moment before she melted against him and hugged him closer. She could rail all she wanted, but her body did not lie. So soft…so sweet… Her need fueled his. Chivalry flew straight out the window. He stroked his tongue across her plump lower lip. After a startled moment, she opened her mouth under his, and he dove in. Her taste, innocence and new passion, intoxicated. The rush hit him hard.

AUTHOR BIO:
WI author Renee Wildes grew up reading fantasy authors Terry Brooks and Mercedes Lackey and is a huge Joseph Campbell fan, so the minute she discovered romance novels it became inevitable that she would combine it all and write fantasy romance. Renee is a history buff and research junkie, from ancient to medieval times, esp. the Dark Ages. As a Navy brat and a cop’s kid, she gravitated to protector/guardian heroes and heroines. She’s had horses her whole life, so became the only vet tech and dog groomer in a family of nurses. It all comes together in her Guardians of Light series – fantasy, action, romance, heroics, and lots of critters!