When I was a little girl, I was told I had a guardian angel. Then I grew up, and life became rational and direct, shooing away those possibilities. However, I went beyond the logical twenties, fluttered past those impossibly busy thirties and rounded the bend toward the rest of my life. Yes, fairly long ago. It was then I considered angels existed, and that maybe one or more looked after me, sword at their side, protectors. Not all of them are supernatural, I had many human angels. It was those who have supported, encouraged, challenged and inspired me, those who wouldn’t let me dwell in moments of self-pity, those who helped me get up and dust off after being knocked down by life, and those who loved me just as I am, goofy and odd. 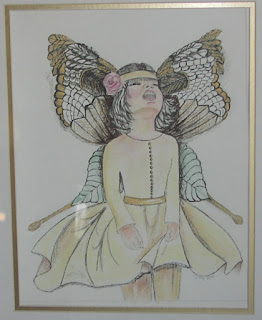 I'd like to mention some particular angels, to pay tribute them, they aren't only angels, they are wise.


My own father is one of them and my earliest memories was of dad holding my hand, not too hard, but firm enough to keep me safe as we crossed the street.   I felt secure and happy with my hand in his.  We were going for ice cream, and I had dad all to myself.  It wasn’t the ice cream that was the treat, but dad.  He always worked two jobs, and never called in sick, of that generation that took pride in being on time and having perfect attendance.  He never complained, just did what had to be done to provide for his family in that stoic, determined way of his.  So, an outing with dad was always very precious.

He was a quiet man, and one of the wisest I’ve ever known.  He had a blue-collar wisdom, simple and basic, but direct and arresting.  His family was his biggest concern.  Just a few weeks before he passed, he put me in charge of keeping the family close.  He said, “That’s what’s important in life, you taking care of the people you love and they taking care of you.”  His moving on to heaven before the rest of us left a hallow place, but his legacy lives on in us, in all of us who love him.  I believe as long as I take the wisdom he gave me and use it as a guide; he will never stop holding my hand.

Another wise man is my daughter’s father, my granddaughter’s and grandson's Pop Pop, and my husband.  Like my father, his family has always been a priority.  One of my favorite memories is of peeking in on him, without his knowledge, when years ago he rocked our infant daughter to sleep.  This man of no tears, had wet eyes as he spoke softly to her, telling her she was his princess, that he’d always protect her, that she would grow up to be someone special and wonderful, and that he’d always be there for her.  It was so difficult as she grew for him to allow her to make her own mistakes.  He so wanted to cushion her falls, take any hurt upon his own shoulders, be her guardian, her sentry, make her world’s sun and star bright.  However, he knew that would be impossible, and so he settled for teaching her how to be strong.  When she’d fall or fail, he’d figuratively and literally pick her up, dust her off and tell her to try again, “I believe in you.  You only need to believe in yourself and you can do anything.”  “Fly to the moon, Dad?”  “I’ll show you how to build a rocket,” he’d say.

He, too, worked long hours to provide security for his family, but he always made time for his girl.  He never missed a game, concert, parade, or event, and our daughter’s extra-curricular activities were numerous.  He also always made certain they had their special time, just daughter and daddy time.  Lately, I watch him with his grandchildren whispering words of loving adoration to the newest princess and prince in his world.  Wise men oft have tender hearts.

To round out this dedication of three modern day wise angels that I admire, I have chosen someone who will read this and attempt to eliminate it, for he is my writing bud, Zi.  In all his rational logic he will tell me that he cannot have an article about himself.  Well, it's my portion of the article so tough beans.  Logical, right?

You see I feel it is important to acknowledge him as a special and devoted father, for the birth of his writing was because of his daughter.  As she grew up he wrote endless stories he wrote for her.  He had a job that often took him away, so he wrote to her, wrote her notes, wrote her stories, and in later years wrote her e-mails, hundreds while she was away in college and law school.  He still writes to his daughter.  And in his stories and letters, he taught her morals and values, taught her that right was right and good was good.  He taught her it’s not what you did wrong, but it is what you do about it, he showed her how important it was to trust and believe, and he told her that truth should always be her guide.  He said life was hard and that was good.

As writing partners we have shared memories of our children, and when he speaks of his daughter there is never a doubt that his family has always been paramount.  He took on the mantle of responsibility with a vengeance, guiding her through the pitfalls of growing up.  He attended every important event, coached her in sports, rose with her before dawn for early runs, and his only non-negotiable was her safety coupled to his unconditional love.

I have been blessed to know these men, and am privileged to share just a tidbit of who they are.  I salute not just them, but all the fathers and grandfathers out there that are honorable and decent, who give of themselves each day, never looking for accolades, never seeking anything but to keep those they love safe and secure, to provide for their happiness, to show a child how to throw a ball, or how to cross the street, or how to choose a college or a profession, to help them become the special that they had always seen in them, to show them how to follow their own special star.  It is in this that they find their own happiness, and how utterly awesome for those of us who are the recipients of their love.  Thank you to all dads and pop pops.  You are our heroes.