Discover Margie Church's One Night in Minneapolis and Enter the Giveaway

Get ready for a sexy tale from author Margie Church and make sure to enter the giveaway at the end of the post for a chance to win a $15 Amazon/BN Gift Card. The tour is sponsored by Goddess Fish Promotions.

Now let's sit down with the author and see what is going on with them.

Dawn, it's such a pleasure to be back here. Thank you for squeezing me in! On to the questions!

Plotter or pantster?  Plotter. Some parts of the story write themselves, and I've occasionally sat back and said, "I didn't see that coming." However, I always have the characters defined with their motivations and the story arc defined enough to know where those emotional triggers are going to be met or dashed. I hate huge revisions and if I just wing it, I'm bound to write myself into a corner.

What are three things you have on your writing desk? A Sure Thing by E.H. Ward, an agate from my husband, and an autographed 8x10 photo of sexy James Scott (EJ Dimera from Days of Our Lives).

Tell us a little about your new release. What character in the book really spoke to you? One Night in Minneapolis is part of Tirgearr Publishing's City Nights series. The premise is that characters meet in a city anywhere in the world and spend no more than 24 hours together. And there has to be plenty of very hot sex. LOL So, Vince Andersen has always regretted never having a chance to really get to know Skylar Landis. The book is written mostly in his point of view because of that.  Skylar asks him to plan the weekend and he does. It's his chance to either get over her or crash and burn. You'll have to read the story to learn which it is. And by the way, Skylar is a Marine Major but that doesn't mean she's made of titanium either.

Finish this sentence: I write because I was born to.

What is your favorite type of character to write about? I like writing dangerous, twisted criminal minds. My last name is Church. No one really believes my mind is that devious…but it is!

What is next on your writerly horizon? A collection of historical short stories that are somewhat biographical. I'm deliberately being evasive here because I don't want people to pressure me to finish. This isn't a romance, and I've never written anything that isn't set in modern times. I'm kind of a research slug that way. I've also thought that Vince and Skylar are a very interesting couple and I might write more with those two. We'll see!

I hope your readers have a question or two for me. One lucky person will win a $15 Amazon gift card for commenting or asking a question during this tour. Thanks again, Dawn, for hosting me. It's just like old times! I'll be back later! 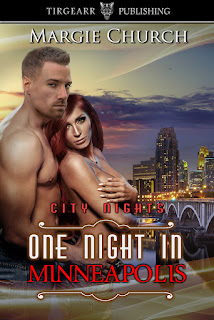 Their ten year class reunion in Minneapolis brings Skylar face-to-face with Vince, awakening her memories of the past. She asks him to plan a hot, no-strings-attached hook-up to sustain her sexual fantasies while her intelligence unit is deployed to the Middle East. As their adventure unfolds, and he gives her exactly what she needs, Skylar wonders whether she can forget the man who put her desires first and asked for nothing in return.

“When are you being deployed?”

“A week from Thursday. I’ll spend the week with my parents up north, then fly out
of Minneapolis Sunday night. I’ve got to be back on the base a week from Monday.”

Vince knew better than to ask her to sacrifice some of her precious time with her
family in order to explore their relationship. Is that what this is? A relationship? The idea startled him. He hadn’t thought about it that way until that second. They’d spent a lot of time exchanging emails and texts, building anticipation for this weekend, but Marine Major Skylar Landis had made it clear that this weekend was intended to be
a send-off party she’d never forget. And that was all.

He merged into southbound traffic. “It’s got to be tough to say goodbye.”

“Yes, especially when I’m going somewhere so notorious for danger. It’s hard to
make civilians understand the job we do.” She drew a deep breath and smiled. “Anyway, let’s make the most of the time we’ve got together. I’m looking forward to
seeing a few classmates and, of course, spending some more quality time with you.”

The last remark boosted his ego. “Having hot sex in one of the premier
department stores in the metro is up there on the quality scale as far as I can tell.”

“It was definitely a naughty way to start.” She caressed his thigh. “I think it would
have been perfect if that young clerk had had the nerve to ask what you were doing
in the dressing room with me.”

“She didn’t quiz you at the cash register?”

“Not exactly. She just reminded me that dressing rooms are for trying on clothes.
Then she gave me a look like she knew what we’d been up to and showed me the
tie.”

He flashed a smile at her. “I would have told her the truth.”

Feminine laughter filled the car. “Oh you would, huh? And what would your
brand of the truth have been, Vince?”

“I was helping a ravishing redhead with her stuck zipper.”

Buy link for One Night in Minneapolis: https://www.amazon.com/One-Night-Minneapolis-City-Nights-ebook/dp/B06XF2GMD1/ref=asap_bc?ie=UTF8


About the Author and Where to find them 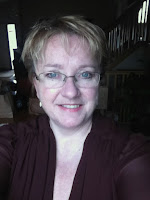 
a Rafflecopter giveaway
By DawnsReadingNook at May 31, 2017

Thanks for having me, Dawn. I'll be back later to chat!

I enjoyed the excerpt.

I'm looking forward to checking this one out! :)

i see a few familiar handles here. Welcome back to you. Victoria, I hope you enjoy the book. Thanks everyone for stopping by.

What was your favorite book growing up? Thanks for the giveaway. I hope that I win. Bernie W BWallace1980(at)hotmail(d0t)com

Just stopping by to say hi! Hope you have a fantastic weekend!

Where is your favorite spot to read?