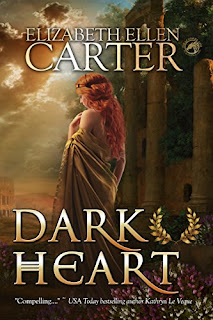 
Can love survive a dark heart?
Rome, 235 A.D.
A series of ritual murders of young boys recalls memories of Rome’s most wicked emperor. Magistrate Marcus Cornelius Drusus has discovered the cult extends to the very heart of Roman society.
Despite his personal wealth and authority, Marcus is a slave to his past – conflicted by his status as an adopted son, bitterly betrayed by his wife and forced to give up his child.
Kyna knows all about betrayal. Sold into slavery by her husband to pay a gambling debt, she found herself in Rome, far from her home in Britannia. Bought by a doctor, she is taught his trade and is about to gain her freedom when her mentor is murdered by the cult.
When the same group makes an attempt on her life, Kyna is forced to give up her freedom and accept Marcus’ protection. With no one to trust but each other, mutual attraction ignites into passion.But how far will Marcus go for vengeance when he learns the cult’s next victim is his son?
Can the woman who is free in her heart heal the man who is a slave in his? 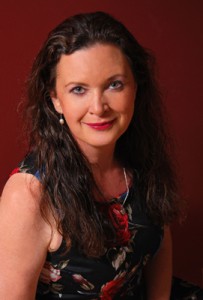 Elizabeth Ellen Carter’s debut novel, Moonstone Obsession, was published in 2013 by Etopia Press. Earlier that year, the Regency adventure romance had been shortlisted in the Romance Writers of Australia Emerald Awards for Best Unpublished Manuscript. Set in England and France during the French Revolution, it was heralded as ‘edge-of-seat adventure and intrigue’ and ‘a rollercoaster of love, blackmail, ill-gotten gains, treason and trickery’ with Carter described as ‘a writer worth keeping an eye on’ with ‘a hint of classic suspense novelist Daphne du Maurier’.
Her second novel, Warrior’s Surrender, was published by Etopia the following year. Set in Northumbria in 1077, it sets the relationship between a displaced Saxon noblewoman and a Norman baron against the turbulent backdrop of England in the years following the Norman invasion of 1066. Reviewers found the novel ‘a fast moving and passionate read’ with ‘strong characters, an intriguing plot, and plenty of action… a sexy romance to be savoured’. Readers agreed, voting Warrior’s Surrender Favourite Historical Fiction in the 2015 Readers & Writers Down Under Readers Choice Awards.
Also in 2014, the short story Moonstone Promise, spinning off from Moonstone Obsession as part of Etopia’s Valentines Heat anthology, followed the fortunes of one of the supporting characters back home to 18th century Pittsburgh in a tale of ‘second chance romance’.


Carter moved up to 1802 for the light-hearted romantic short story Three Ships, part of the Christmas 2014 anthology A Season To Remember, and ventured briefly into contemporary romance for the first time with her Romance Writers of Australia annual Little Gems competition placegetter, The Tin Bear, in August 2015.
Another Moonstone Obsession character, the sinful Lady Abigail Houghall, features in the full length novel Moonstone Conspiracy which was a 2015 finalist in the Australian Romance Readers Awards for best historical romance and was a nomine in the 2016 RONE Awards.
To cap off a busy year, Carter contributed September Harvest to the Second Chance Cafe anthology featuring award-winning and best-selling authors Susanne Bellamy and Noelle Clark. September Harvest is a gentle coming of age love story set among the itinerant hops harvesters in late 19th century Kent.
In 2016 Carter self-published Nocturne, a Regency gothic novella which was named by Australian Romance Today as one of the most anticipated romance titles of 2016.
Her fourth novel, set in ancient Rome is titled Dark Heart and will be published by Dragonblade Publishing in April. A sequel, to be called Dark Shadow, is currently underway.
Carter has completed her fifth full length novel, Captive of the Corsairs, which will bring together the elements for which she has become known in just a few years – in-depth historical detail woven through gripping adventure and captivating romance.

Visit her at http://eecarter.com or on social media at

Friday, May 12
Book reviewed at A Fold in the Spine
Book featured at The Dark Phantom

Monday, May 15
Book reviewed at My Little Place
Book featured at The Literary Nook

Tuesday, May 16
Book reviewed at booknerd
Book featured at Write and Take Flight

Friday, May 19
Guest blogging at Hart's Reader Pulse
Book featured at Nicole's Book Musings
Book reviewed at Bibliophile Ramblings
By DawnsReadingNook at May 18, 2017