Discover the world of Martina Boone in Lake of Destiny. Don't forget to enter the giveaway for a chance to win a 425 Amazon/BN gift card. The blurb blitz tour is sponsored by Goddess Fish Promotions. 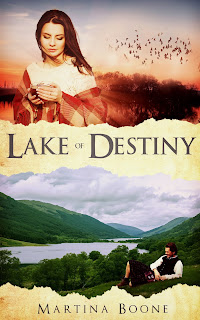 Helping her aunt organize a Beltane Festival in a picturesque Highland village seems like the perfect escape from Anna’s second broken engagement and the meltdown that wrecked her legal career. But to succeed, she’ll need to wrangle kilt-wearing villagers, dangerous sheep, a disaster of a dog, and the reclusive laird who refuses to open his property to the public for the ancient tradition of “Sighting.”

For centuries, Loch Fàil in Balwhither has been known to locals as a ‘thin’ place, one where the veil between worlds peels back on Beltane morning to reveal the face of a person's one true love. The tradition could draw tourists by the busload, but that’s exactly what Connal MacGregor fears will expose the two secrets he's been desperate to keep hidden.

As Anna struggles to mediate between the needs of the village and Connal’s need to protect his identity and his child, she finds herself falling in love with all of them: Connal and his daughter, the magical glen, the villagers. But day by day, opening herself to love exposes deep scars from Anna’s childhood, and confronting those wounds could finally set her free--or endanger her every chance of happiness.

He’d stopped knocking by the time the glass slid down, but his fist still hovered in the air. Jaw slack, he gaped at her, blue eyes narrowed beneath wiry dark hair, as if she’d shocked him.

Anna felt just as stunned. With the sunset behind him, he shimmered, all gold and gleaming around the edges like a hopeful memory. The impression vanished the moment she blinked, but still he seemed familiar. So familiar that she knew his identity had to be tucked away in some dusty corner of her brain. Ah, there. The actor. The one her sister Katharine had dreamed of co-starring with someday—before he’d disappeared.

“You’re Gregor Mark,” she said, barely managing to keep the surprised squeak from her voice.

“The hell I am,” he bellowed in an accent decidedly more Scottish than Gregor Mark’s cut-glass British accent, “and what do you think you’re doing, driving like an idiot on this road? Or off the road, to be exact. I have my daughter in the car. You could have killed us both.”

Anna winced, both at the tone of his voice and at her own stupidity. “I’m sorry. It was the sheep—”

“The bloody sheep are part of the reason it’s daft to drive that fast through here.”

Daft? Hold on. Anna’s eyes slitted. She’d had enough of people telling her she was doing things wrong of late. Didn’t anyone think she knew when she was in trouble?

“A fresh twist on the Southern Gothic—haunting, atmospheric, and absorbing.” — Claudia Gray, New York Times bestselling author of A Thousand Pieces of You and the Evernight and Spellcaster series

“A stunningly magical debut with a delicious slow burn to be savored. I want to live in this story world!” — Wendy Higgins, NYT bestselling author of the Sweet Evil trilogy

“Beautifully written, with vivid characters, a generations-old feud, and romance that leaps off the page, this Southern ghost story left me lingering over every word, and yet wanting to race to the compelling finish. Martina Boone’s Compulsion is not to be missed.” — Megan Shepherd, NYT bestselling author of The Cage series and The Madman’s Daughter

On sale for $0.99 at Smashwords with this tour specific coupon!  https://www.smashwords.com/books/view/702217

Coupon Code: FF83K – expires the final date on the tour 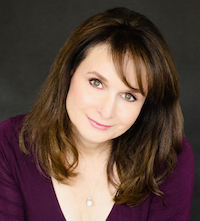 Martina Boone is the award-winning author of the romantic southern gothic Heirs of Watson Island series for young adults, including Compulsion (Oct ’14), Persuasion (Oct ’15), and Illusion (Oct ’16), from Simon & Schuster, Simon Pulse, and heartwarming contemporary romances for adult readers beginning with Lake of Destiny. She’s also the founder of AdventuresInYAPublishing.com, a three-time Writer’s Digest 101 Best Websites for Writers Site, and YASeriesInsiders.com, a site dedicated to encouraging literacy and reader engagement through a celebration of series literature. She’s on the Board of the Literacy Council of Northern Virginia and runs the CompulsionForReading.com program to distribute books to underfunded schools and libraries.

She lives with her husband, children, shetland sheepdog, and lopsided cat, and she enjoys writing romance set in the kinds of magical places she loves to visit. When she isn’t writing, she’s addicted to travel, horses, skiing, chocolate flavored tea, and anything with Nutella on it.


a Rafflecopter giveaway
By DawnsReadingNook at May 02, 2017

Looking forward to this. Thanks!

What was your favorite book of 2016? Thanks for the giveaway. I hope that I win. Bernie W BWallace1980(at)hotmail(d0t)com

Thank you so much for hosting! : )

I really enjoyed reading the excerpt, thank you!