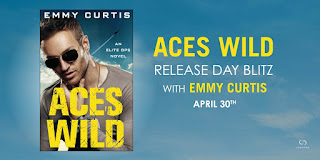 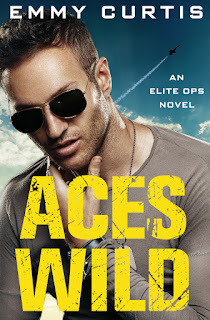 In the heat of the Nevada desert, the most elite military pilots in the world are about to engage in some friendly competition. Only this year, someone is changing all the rules...

RAF pilot Dexter Stone has been through his fair share of sticky situations. After living through a crash in enemy territory where no one expected him to walk away, the Red Flag training exercises should be a piece of cake-assuming he can keep his mind on the mission and not on the smart mouth of his gorgeous American competition.

As one of the few women in a sky full of hotshot flyboys, Maj. Eleanor Daniels has worked day and night to earn a coveted spot at Red Flag. And she's not about to let some cocky British bad boy distract her from winning. But when the games take a deadly turn, he may be her only hope for survival.

There was little that would keep them warm tonight, except each other’s body heat. Dex tried not to smile, reminding himself that they were stranded in the middle of a desert with little water.
Water. He bent to get the half bottle that was left. A small piece of rock jumped, blowing a tiny amount of dust in the air. He was moving before his brain had caught up with what he’d seen. He jumped at Eleanor, yanking her to the ground. “Sniper!” he yelled, even though she was underneath him.
Another sliver of rock exploded, close to his knee. “We’re pinned.” Adrenaline spiked through his blood.
“We’ve got company,” he said, moving his body fractionally so she could turn her head to see the truck steaming across the flat base of the valley. Dust spat up behind it like it was on fire.
“Can you reach the backpack?” she asked.
Nope. Not without being target practice. “Sure. Wait a moment.” He slid off her and crawled, flat-out like a crab, toward the bag. He hooked it in his elbow and made his way back. He knew he was a wide open target. But there was no shot. No chipped off rocks, and no dust.
“The sniper is not trying to kill us,” he said.
“Care to test that theory?” she asked rooting around in the backpack.
“Not really.”
“Okay, I will.” Before he could say anything, she sat up bag between her legs and looked at the truck coming toward them.
“Damn, do you have a death-wish?” Now he just felt like a complete tool, lying down, as if he were cowering from something she wasn’t scared of. He sat up and joined her.
“He’s pinning us down all right, but I think he’s just keeping us in place so that these guys can get us.” She pulled a Maglite from the bag they had taken.
“And that’s your weapon of choice?”
She turned and smiled at him. “Only for the sniper.”
Then he understood what she was doing. He pulled out his weapon and chambered a round. “It’s going to be tricky.”
“What have we got to lose?” She cocked an eyebrow.
“A beautiful wedding in Gretna Green?” he asked.
“What’s Gretna Green?” She took her weapon from her pocket and charged it.
“It’s where we are will be eloping to. A town in Scotland where you can get married without any ceremony, or registration. It’s like the Vegas of Europe.”
“What makes you think I want to elope? What makes you think I don’t want a huge dress, a huge cake, and eight attendants?”
“Well I’m certainly up for a huge cake.” He shrugged. “Whatever gets you to the altar.”
Her mouth dropped open. “Wait a minute, you don’t think we getting out of this alive, do you? You think we’re going to die here in the desert at the hands of these…whoever is trying to kill us, and you’ll never have to marry me. We’ll be dead, won’t we?”
“I’m hurt by your cynicism. And yes, maybe you’re right, but it’s got to say something that I’m at death’s door and the only woman I want to marry is you.” He tried not to smile.
“I’m the only woman here.” She reached over and shoved him.
A rock exploded at their feet. “Shit. Now you’re just trying to get me killed, so you don’t have to marry me.” 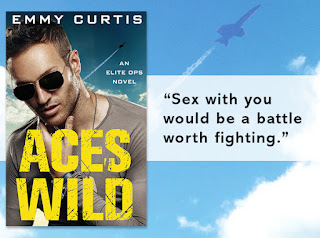 About the Author
Emmy Curtis is an editor and a romance writer. An ex-pat Brit, she quells her homesickness with Cadbury Flakes and Fray Bentos pies. She's lived in London, Paris and New York, and has settled for the time being, in North Carolina. When not writing, Emmy loves to travel with her military husband and take long walks with their Lab. All things considered, her life is chock full of hoot, just a little bit of nanny. And if you get that reference...well, she already considers you kin.