Discover Two Natures by Jendi Reiter and a Giveaway

BLURB Two Natures is the coming-of-age story of Julian Selkirk, a fashion photographer in New York City in the early 1990s. His faith in Jesus helped him survive his childhood in the Atlanta suburbs with an abusive alcoholic father, but the church's condemnation of his sexual orientation has left him alienated and ashamed. Yearning for new ideals to anchor him after his loss of faith, Julian seeks his identity through love affairs with three very different men: tough but childish Phil Shanahan, a personal trainer who takes a dangerous shortcut to success; enigmatic, cosmopolitan Richard Molineux, the fashion magazine editor who gives him his first big break; and Peter Edelman, an earnest left-wing activist with a secret life. Amid the devastation of the AIDS epidemic and the racial tensions of New York politics, Julian learns to see beyond surface attractions and short-term desires, and to use his art to serve his community. 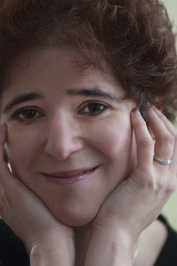 Jendi Reiter's books are guided by her belief that people take precedence over ideologies. In exploring themes of queer family life, spiritual integration, and healing from adverse childhood experiences, her goal is to create understanding that leads to social change. Two Natures is her first novel; a sequel is in the works. Her four published poetry books include Bullies in Love (Little Red Tree, 2015) and the award-winning chapbook Barbie at 50 (Cervena Barva Press, 2010). She is the co-founder and editor of WinningWriters.com, an online resource site for creative writers.

Thank you for being part of the tour xx