Discover Loving A Lawman and Enter the Giveaway

Discover the world of author Amy Lilard in her latest book, Loving A Lawman. Don't forget to enter the giveaway at the end of the post. Amy will be awarding a small gift bag full of goodies and a $25 gift card - US/Canada only - to a randomly drawn winner via rafflecopter during the tour. The tour is sponsored by Goddess Fish Promotions. 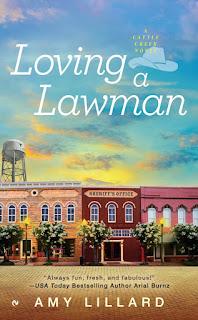 As cowboys, the Langston brothers of , know it can hurt like hell to fall off a horse. But it can hurt even more to fall in love. . . .

Sheriff Seth Langston is head over heels for local wild child Jessie McAllen and has been for years. The trouble is she has eyes only for Seth’s rodeo star brother, Chase. Even though he considers Jessie his girl, Chase is an incorrigible ladies’ man with a wandering eye and no chance of settling down soon.

Jessie is ready to move away from Cattle Creek to put her feelings for Chase behind her, but after she shares a white-hot kiss with Seth, things get a little complicated. Jessie realizes her heart should have been his all along. And in the face of sudden tragedy, they’ll discover if their newfound passion will tear the Langston men apart or make the family stronger than ever. . . .

Jessie sat at the end of the building farthest from the door. Her breathing had returned to normal and her head was down as she contemplated only heaven knew what. Her hands were braced her on her knees, and her hat was pulled low over her eyes.

Seth didn’t need to see them. He knew what color they were, had memorized it long ago—storm-cloud gray and just as dangerous, with dark rings around their irises that made them look twice as big as they really were and sooty lashes that should have belonged to a brunette.

“Jessie?” he said softly. It was the voice he used when talking to frightened mares and skittish colts and red-haired angels who had fallen from grace.

She didn’t look up, just raised her arms out in front of her, wrists lax, hands dangling, anger spent. “I’ll go peacefully. Just get it over with, Seth. Handcuff me and take me to jail.”
Handcuff her.

Now, there was an image Seth could’ve lived without.

Despite his brother’s tomcat morals, and the fact that he didn’t deserve . . .

Well, despite everything that Chase didn’t deserve, including the sassy redhead, Jessie was Chase’s girl. Always had been. Always would be.

“I just want to talk to you about what happened tonight.”

She dropped her hands back to her lap and shrugged. But he still couldn’t see her face, couldn’t read what was going on inside that pretty little head of hers. 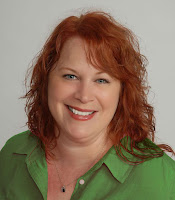 Amy loves nothing more than a good book. Except for her family...and maybe homemade tacos...and nail polish. But reading and writing are definitely high on the list.

Born and bred in , Amy is a transplanted Southern Belle who now lives in with her deputy husband, their genius son, two spoiled cats, and one very lazy beagle. Oh, and don't forget the stray kitty that has taken up residence on her front porch. ^..^

When she's not creating happy endings, she's chauffeuring her teen prodigy to guitar lessons and practice for whatever sport he’s into this week. She has a variety of hobbies, but her favorite is whatever gets her out of housework.

Amy is an award winning author with more than thirty novels and novellas in print. She is a member of RWA and ACFW and loves to hear from readers. You can find her on Facebook, Instagram, Google+, Twitter, Goodreads, and Pinterest. For links to the various sites, check her website: www.amywritesromance.com.


a Rafflecopter giveaway
By DawnsReadingNook at November 07, 2016

Thanks so much for hosting me today! :)

Thanks to everyone who entered the giveaway! And thanks again for hosting me! :) Good luck, everyone!!