Book Spotlight and Giveaway~ The One I'm With by J. Lynn Rowan

Discover the storytelling of author J. Lynn Rowan in their new book, The One I'm With. Also don't forget to enter the giveaway at the end of the post for a chance to win a $25 Amazon/BN Gift Card. The tour is sponsored by Goddess Fish Promotions. 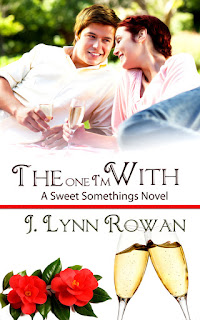 Interior designer Marissa O’Brien has sworn off long-term relationships, instead protecting herself from a broken heart by following a specific set of rules when it comes to her many flirtations and first dates. She’s content to just have fun in the world of romance, but all her rules fly out the window when she grabs the attention of a sexy, international stranger during her weekly Girls’ Night Out.

Josh Mattingly has spent the last two years trying to turn over a new leaf, focusing on his role in the family corporation and erasing his womanizing reputation. In , on business, the last thing he’d planned on was getting involved with a local girl. But one encounter with Marissa has him hooked. He soon falls hard for the designer, and now he’s terrified to reveal his romantic past for fear she’ll bolt.

Marissa recognizes a playboy when she sees one and tries to keep her attraction to Josh under wraps–until they share a passionate kiss that leaves both of them singed. Still, she knows their love affair has an expiration date, and everything is destined to end once Josh finishes his business in . Now, along with showing his family that he’s left his old habits behind, Josh has a new challenge–proving to Marissa that she can trust him with her heart.

Thankfully, my words halt him at the bottom of the steps. He hooks his thumbs into his jeans pockets and tips his head to one side, smirking. “Uh, oh. That doesn’t usually precede something a guy wants to hear after a first date.”

“Oh, no. I wasn’t going to say . . . Let me start over.” Closing my eyes, I draw a huge breath. Then I release it slowly, willing my skittishness to go with it, and look at him again. “People who know me—or at least know of me—will tell you I date. A lot. My friends will even tell you that, and they give me shit about it all the time.”

“There’s nothing wrong with dating a lot,” he says, frowning a little.

“No, of course not. But to most people, it seems like I, well . . .” I pause, thinking how to phrase things. “I don’t exactly have a reputation, if you know what I mean. But I haven’t dated anyone seriously in a really long time.”

A perplexed line forms between his brows. “How long are we talking?”

He lets out a soft whistle.

“But like I said, I’ve dated. Nothing long term. Four or five dates at most. I just— I have my reasons.”

Josh gazes at me for a few seconds, then climbs up the first two steps to my porch. The move brings him within six inches and manages to knock the air out of me without him even touching me. We aren’t quite at eye level, but it’s close. He’s still taller.

I don’t think I’ve breathed in the last sixty seconds. My head spins. “Then what?”

“Then . . .” He leans forward until his smooth-shaven cheek brushes mine, his lips drifting close to my ear. fly across my skin as his breath tickles my neck. “Let’s just say it’ll be a nice change of pace for both of us.”

How can a whisper feel like an intimate caress?

A series of twitches flicker down my arms as the impulse to grab ahold of him and steal a kiss races through my muscles. But before I do anything, he backs down the steps, a look of satisfaction on his face.

Neither of us says anything else as he returns to his car, climbs in, and drives away with a quick triple-beep of the horn.

I can’t move until his taillights disappear from the end of my driveway.

THE I’M WITH PURCHASE
https://www.amazon.com/One-Sweet-Somethings-Novel-Book-ebook/dp/B01LX1DXSL/ 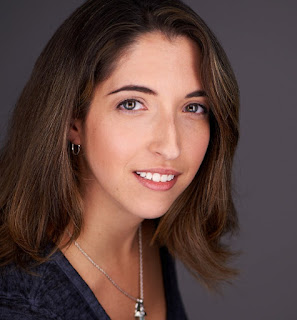 J. Lynn Rowan started writing stories as a small child, usually starring her favorite cartoon characters. Most of her work through middle and high school was filled with typical teenage angst and melodrama, and usually mirrored the books she loved to read. But eventually she found her own author’s voice and decided to seriously pursue a writing career.

Historical fiction remains J. Lynn’s “first love”, but she has enjoyed the journey to becoming an author of romance and chick lit. She is a member of Romance Writers of America, the Central New York Romance Writers, and the Historical Novel Society. She is also a teacher who tries to instill a love of learning, reading, and writing in her students.

When she’s not writing, J. Lynn enjoys travelling, gardening poorly but enthusiastically, studying various topics in American history for her own expertise, and channeling Julia Child every time she steps into the kitchen.

A native of , she now lives in , with her own Romantic Hero of a husband and the most adorable toddler on the planet.


a Rafflecopter giveaway
By DawnsReadingNook at October 12, 2016

Thanks for hosting me today!