One of the things I’ve come across as an author and reader is the number of books that read pretty much the same. Some of these deal with a particular genre. Some are just another version of a well-used trope. Coming up with something totally original and previously unheard of is difficult, but it’s not impossible.

One common trope has been around since the Bible. It’s the battle between Good and Evil. God versus Satan. Angels against demons. Countless television shows and movies have dealt with this theme, and some quite successfully. But in most cases, the Good has been represented by males, the hero. Which was why I wanted my pivotal character, my Good, to be female. And not a hardened, trained assassin. A young woman, an innocent who was plucked from death fifty years ago and resurrected to be the answer to a prophesy regarding the End of Times.

This how The Miracle Trilogy came to be. 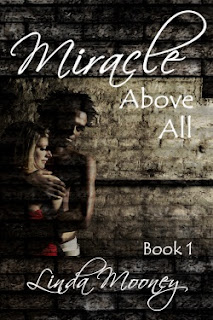 Coming September 20th!
And Now Available for Pre-Order!
MIRACLE
Above All, Book 1
Paranormal/Contemporary Fantasy Romance
Word Count:  41K
$2.99 e
My name is Casi Clarity. I was 26 years old when I died in 1969. Then I woke up in the 21st century—whole, sane, and unblemished. And at the same age I was when I died.

What's more, when I came back, I brought a friend with me. His name is Coheed. He's a corporeal spirit, and he is also my protector. Against what, you ask? Well, it seems that ever since my return, I've been chased by ghosts. Demons. Ancient evil. Monsters. You name it.
Why are they after me? Because they want to know my secret. They want to wreak havoc on mankind and bring about our ultimate destruction, and the only way they can accomplish that is by being fleshy beings again. To inhabit as many bodies as they can to cause untold horror. They are determined to discover how I returned from the dead, even if it means trapping me, torturing me, and ultimately killing me again to see if I'm resurrected a second time.
My name is Casi.
The undead call me Mouse.
Coheed calls me Miracle.
(PG Excerpt)

For more information about Linda Mooney books and titles, and to sign up for her newsletter, please visit her website.

By DawnsReadingNook at September 25, 2016