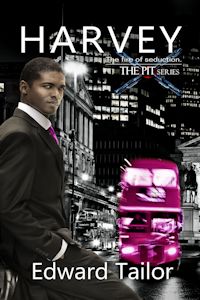 Please give a warm welcome to author Edward Tailor who joins us today.


Can you tell us a little about yourself?  Hi everyone.  My name is Edward Tailor and I'm an author of Erotica. I live in the same rural village in the , where I was born. Since I left my local high school in the late 80’s, I have qualified to be a Cabinetmaker, Carpenter, Bricklayer, Electrician and in Sports massage therapy. I’ve been a member of the Territorial Army, worked in an export warehouse, managed an Australian plant nursery and worked for a big housing developer. At that point, I decided I needed to be my own boss and became self-employed.

Self-employment, for me, can mean long lonely days and thanks to the development of the iPod, listening to stories helps pass the time. I have and still do, listen to everything and anything, from the classics to Sci-fi; fantasy to erotica. I can listen for ten hours a day, six days a week, so that’s a lot of literature. I’ve been encouraged by friends and fellow authors to try my hand at writing, and that, in turn, led, me to writing short stories.   I write both individually and with my long time writing partner, Kassandra Cox.  What the future holds, I can’t possible say, but, luckily for me, I have a wonderful supportive wife and son who keep me grounded.

How long did it take you to get your rough draft finished on your latest release?  The rough draft I can usually do in a few months if I get the time to focus on it.  It took well over a year at the publishers, though, before it made it to release.

I’m always looking for book recommendations. What books have you been reading? Would you recommend them?  Right now I’m reading The Outlander Series by Diana Gabaldon.  I am enjoying it a lot and love the historic elements of it the most.  I can’t get enough of it at the moment. 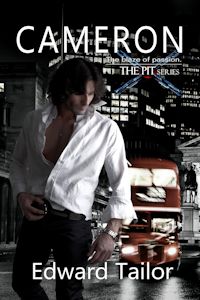 Writer’s block—real or hype?  I haven’t really experienced writers’ block per se.  With me, the ideas are always bouncing around in my head but I don’t get a lot of time to sit down and write.  My days are long and on job sites as an electrician, so in the evenings I’m pretty well wiped out.

Do you have a favorite genre? Is it the same genre you prefer to write?  I have many favorite genres so that probably means I don’t have a favorite.  Right now, I’m really enjoying Diana Gabaldan’s Outlander Series, especially the historic aspects.  I am a big fan of JR Ward, Stephen King and Lee Childs as well to name a few.  I’m not sure I have a favorite to write in, but Erotica is top of the list for now, mainly just because of how I got started.  I do expect to expand though at some point.

What has been the defining moment in your career that made you think “Yes, I am now a writer!”?  When Cameron, The Pit Series Book One came out in print, that was a big milestone and a great feeling for me.  Up until that point all of my books had been ebooks, but to hold one in my hands had a different kind of feel to it.  I felt like an author then, at that moment.

Cameron, a Dominant in his late thirties has been searching unsuccessfully for a submissive to call his own.

Natalie is forced to trade the only keepsake remaining from her former life in order to survive. Desperation and a deep seated fear lands her at the doorstep of an unassuming building.

A random chance, followed by a bad choice, lead Natalie Darrow into the arms of Cameron Flint. A burning passion ignites as he introduces her to his Dominant lifestyle. When they delve into the black market to recover the keepsake Tilly longs to have back, a web of deceit and lies unfold with devastating consequences.
EXCERPT (Heat Rating R):
Her sweet scent was thick in the air; the poor thing had been on the brink of coming all afternoon and now, as her cream still flooded from her pussy, she was likely too embarrassed to show him.  Breathing hard, Tilly gripped the arms of the chair and looked down to the sheen of moisture on the leather seat. Gently, he lifted her chin with his forefinger and stared into her glazed eyes.
“You honor me with your arousal, sweet one, never be ashamed of that.”
Goddamn, she was so beautiful. He wanted to feel her tender lips on his, invade her mouth with his tongue, and search for that passion that stirred him so.  He dare not though, because for the first time in his life, he was scared of what he might get in return. He was concerned if he got much closer to this beauty, he might frighten her off.

About The Author
To introduce myself, I'm Edward Tailor and I'm an author of Erotica, primarily focusing on BDSM but I cover several other genres as well. I was born and raised in Essex, United Kingdom. Having always been an avid reader, I often listen to a broad variety of audio books while working. It was a smooth and natural transition into writing. I write both individually and with author Kassandra Cox. I live with my wife and son in England, where I can often be found tapping away at my computer. We'll be doing a few giveaways and sharing some book excerpts and links.

By DawnsReadingNook at February 08, 2016