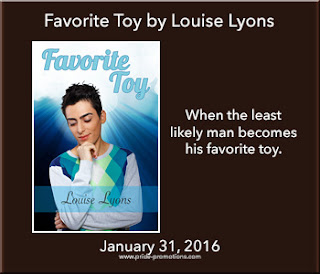 Don't forget to enter giveaway at the end of the post for a chance to win an e-book from the author's backlist. Contest closes on Feb. 7th. The release blitz is sponsored by Pride Promotions. 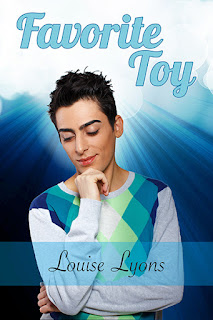 Determined to stay single, Dean Simpson and his best friend Ryan have been playing a game, where each man chooses a potential hook-up for the other, usually someone nothing like their usual type. But with Ryan now off the market, Dean agrees to one final round of the game and allows his friend to choose his toy for the evening.
Casper Mancuso is about as far from Dean’s type as he can get. Casper is pretty, flamboyant, and attention-seeking, but sexy with it. Dean decides one night can’t hurt, but when Casper makes it clear his aim is the same as Dean’s – to have one bit of fun and then move on – Dean finds himself surprisingly disappointed.
With both men keen to avoid a relationship at all costs, it seems there can be no chance for anything between them. And yet the pair are drawn to each other and despite some hurtful comments and a very public argument, they just can’t stay away from each other. Eventually Dean is forced to admit that the very antithesis of what he usually likes is exactly what he’s been waiting for.

Excerpt:
My heart sank as one of the other trainers from the gym caught up to me. "Wait up, Dean. I'll go with you."
I glanced at Mark and nodded. "Okay."
"Where are you headed?"
"Not sure yet. I just wanted some fresh air. Maybe Subway." It was the first thing that came into my head, although I really didn't fancy a sandwich.
"I could go for that. Meatball marinara. Mmm."
"I like the tuna."
"I always have cheese and slather it in ranch dressing, and get a cookie." Casper's words made me smile and I wondered if he'd be having Subway today. Shit.
"Are we eating in, or taking it back to work?" Mark pushed open the door and walked inside.
"Um, maybe sit outside here?" I followed him to the counter, lining up behind a family ordering an early lunch. Most of the tables both inside and outside were empty and I stared up at the menu board as I waited, even though I knew I'd order tuna. Mark bought a foot-long meatball marinara with cheese and salad and I requested a six inch with cheese, salad, and ranch dressing. As we sat down at a table outside the window, I looked around and caught sight of Casper, just yards away and heading right for us. Automatically I ducked my head and unwrapped my sandwich, hoping he wouldn't see me. My heart thumped wildly and my dry mouth made me wish I'd ordered a drink.
"Are you okay?" Mark raised his eyebrows.
"Yeah."
Casper entered Subway, apparently not having noticed me. I'd kick myself if I didn't speak to him. I might not get another chance. The fact that he'd happened to turn up at this exact moment, when he could have gone anywhere, or not even taken a break at this time, was too much of a coincidence for me to throw away. Hesitating, I debated going into the shop to speak to him, or waiting for him to come out where Mark might hear. While I thought about it, Casper got his sandwich and came out again and then I had no choice. I jumped up quickly, scraping my chair noisily on the pavement, and his eyes immediately met mine. He halted, half in and half out of the door, then shuffled forward to get out of the way of someone trying to enter.
Mark looked up at me and frowned. "Dean?"
"I'll be back in a minute." I moved away from the table toward Casper, aware that only about six feet separated us from Mark. "Can I speak to you for a minute?"
"What about?" His eyes narrowed.
"I wanted to say sorry. I─"
"Don't bother. Like we both said, it was a hook up." His voice was much too clear and I glanced anxiously at Mark, who stared back at me with wide eyes.
"Casper…shh. Can we just…?"
"Don't shush me!" Clutching his wrapped sandwich fiercely in one hand, he planted the other hand on his hip and glared. "I don't know why you even bothered speaking to me! You slept with me for a bet, and we all know what your real type is. Don't think I didn't see you with that blond guy on Friday."
"Fuck." Grabbing his arm, I tugged him a few steps along the street until he wrenched free. "Thanks a fucking bunch. You just outed me to one of my workmates."
"Oh!" His scowl vanished and his cheeks flushed. "Shit. I didn't know. I'm sorry, Dean."
"Forget it. Like you said, I shouldn't have bothered." Mortified, I turned away and went back to the table. Mark's expression said it all. I didn't need to hear anything he might have to say, but I listened anyway. Casper had already disappeared.

Louise Lyons comes from a family of writers. Her mother has a number of poems published in poetry anthologies, her aunt wrote poems for the church, and her grandmother sparked her inspiration with tales of fantasy. Louise first ventured into writing short stories at the grand old age of 8, mostly about little girls and ponies. She branched into romance in her teens, and MM romance a few years later, but none of her work saw the light of day until she discovered FanFiction in her late 20s.

Posting stories based on some of her favorite movies, provoked a surprisingly positive response from readers. This gave Louise the confidence to submit some of her work to publishers, and made her take her writing “hobby” more seriously.

Louise lives in the UK, about an hour north of London, with a mad Dobermann, and a collection of tropical fish and tarantulas. She works in the insurance industry by day, and spends every spare minute writing. She is a keen horse-rider, and loves to run long-distance. Some of her best writing inspiration comes to her, when her feet are pounding the open road. She often races into the house afterward, and grabs pen and paper to make notes.

Louise has always been a bit of a tomboy, and one of her other great loves is cars and motorcycles. Her car and bike are her pride and joy, and she loves to exhibit the car at shows, and take off for long days out on the bike, with no one for company but herself.

a Rafflecopter giveaway
By DawnsReadingNook at January 31, 2016