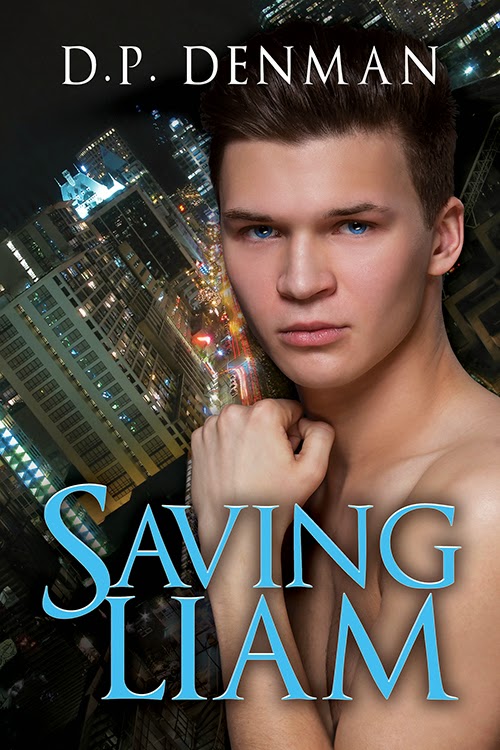 He hated Tuesdays. Hated them beyond mere loathing, but he didn’t have a word for what came after loathing. Despised seemed far too civilized.
Liam stood in the bedroom with his back to the mirrored closet doors so he wouldn’t have to look at himself and ignored the brush of heavy terrycloth against his skin. That robe represented everything he hated about his life. His stomach churned with resentment that made it tempting to lock himself in the bathroom. Too bad that wouldn’t do any good.
He heard the dreaded knock at the front door on the far side of the apartment and the knot in his stomach pulled tight. There had been a time when that sound had made him want to hurl chunks. He supposed the lack of terror was an improvement of sorts.
“You ready, Babe?” Cord called from the living room.
“Yeah,” he called back, “why the hell not,” he muttered to himself.
He padded out of the room struggling to feel something besides annoyance as Cord opened the front door to welcome the man he’d be sharing a bed with for the next eight hours. He was compact and bulky with short-cropped bottle-blonde hair, and a tan he obviously hadn’t gotten from the Vancouver sun.
Liam flopped into a chair near the kitchen and pretended to be engrossed in one of Cord’s trade magazines. He saw no reason to acknowledge the rented cock of the day until absolutely necessary. Instead, he flipped pages while Cord talked about positions and emotion in a lecture he didn’t need to hear. He’d been doing this twice a week every week for years. He knew the routine. It didn't matter that a hundred shoots a year wasn't the industry standard. It was Cord's standard.
He ignored Bulky Blonde as the actor stripped out of his clothes to give Cord a look at what he had to work with that afternoon. There was nothing new on that body. They all looked the same: tan, toned, and tattooed. He didn’t need to see it. He’d get a very good look over the course of the day.
He stifled a sigh he knew would sound petulant and turned another page without seeing anything on it. Cord hated it when he pouted. He could be angry and resentful as long as he did what he was told. Pouting would just get him a pep talk full of lies. Those weren’t new either.


DP Denman writes character-driven gay romance about survivors. Her stories are real and intense but always resolve in the type of ending that makes readers want to start the book all over again. She is from the Pacific Northwest and bases all of her stories in Vancouver, British Columbia, a city that is dear to her heart.

In her spare time she is a dedicated gay rights activist fighting for those who have been marginalized and abused. To that end, 25% of the royalties from every book go to support LGBT charities.

Thanks for having me on your blog, Dawn! =D