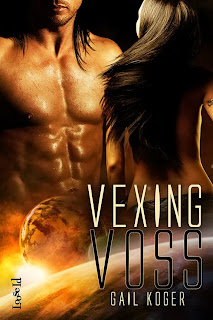 Thirty-one years of wild requests, screwy questions, bizarre behavior and outrageous demands have left me with a permanent twitch and an uncontrollable craving for chocolate. Don’t get me wrong. Working as a 9-1-1 dispatcher can be very rewarding. BUT - some days I felt like the whole world was nuts and holidays bring out the worst in people. What? You actually thought that for a couple days a year folks would get along? Peace on Earth and all that goodwill crap? You’ve been sucking way too much eggnog, my friends. It’s a myth.

Instead of a nice grilled hamburger and all the fixings I got to inhale a stale baloney sandwich. Instead of the fairy tale of a happy family gathered around a campfire at the lake to watch the fireworks, I got to deal with reality and reality sucks. Take this call for example:

“I need to find Grandma’s house,” a drunken idiot said. Digging for my supply of Tylenol, I responded, “Sir, 9-1-1 is for life threatening emergencies. We don’t give directions.” The drunken fool cried, “You’re 9-1-1 you know everything.” Wonder where he got that idea? “Sir, I have no idea who your Grandmother is or where she lives.” He sputtered in surprise, “You don’t? But… But I’m late for dinner!” The guy was really starting to annoy the hell out of me, “Why don’t you pull over and I’ll have a nice officer come and help.” Yeah, right to jail, you moron, driving while intoxicated is against the law.  “Okay, thanks.” “My pleasure and have a great Fourth of July.”

Downing a handful of Tylenol, I answered another call and could hear people screaming blue bloody murder. “9-1-1 emergency, what is your emergency? Hello?”
An out-of-breath woman cried, “We need the cops. My three brothers are fighting over the last beer.” Not quite sure I had heard her correctly, I repeated, “They’re fighting over a beer?” There was a loud crash and the woman shrieked, “Omigod! There went the front window, please hurry.” I quickly typed the information in. “Ma’am does any of your brothers have a weapon?” The woman shouted, “What kind of stupid question is that?” One I need answered, dearie. “Ma’am, I need to know if any of your brothers are armed with a weapon.”  She huffed, “Just get someone out here before Rex gets his chain saw started.”  “Chain saw? Hello?” The line was dead. The moral to this story is; the family that fights together gets to go to jail together. Ho. Ho. Ho. Merry Christmas. Ugh, wrong holiday.

Some citizens of our fair cities have absolutely no idea of what an officer can or cannot do. They aren’t plumbers, electricians, alligator wrestlers (don’t ask) or allowed to shoot your neighbor’s noisy boom box. Give your poor overworked 9-1-1 dispatchers a break and don’t call unless you have a real emergency. Anyone have any chocolate?

Vexing Voss excerpt:
The warlord’s stunned gaze swept over my greasy black hair that hung in clumps around my pale, zit-covered face, and paused for a minute on the black raccoon-like circles around my eyes. He eyed my Hunchback of Notre Dame outfit in outright horror, and his nose wrinkled in disgust as my skunk perfume hit him.
It was all I could do not to giggle. Hideous didn’t even begin to describe me. There wasn’t a man or warlord alive who would want to touch me.

“It is an honor to finally meet you, Zoey.” Baring his awesome fangs in a scarily polite smile, he held out his hand diplomatically.
What a liar. Time to get the fun started. I scuttled round the desk and hid behind the general. “Please, don’t let him eat me.”
The general gagged. “My God! What is that smell?”
“My new medicine,” I squeaked, letting the tears roll. My cheap mascara would soon be running down my face in nice black streaks.
Jaylan took a step back, and his copper-colored skin turned a ghastly green color.
I had to admit the stench was pretty horrific. I might have overdone it just a tad. Thankfully the Vapor Rub up my nose kept me from hurling. I clutched the general’s jacket. “Please, sir, don’t let him hurt me.”
My father jerked away from me and vomited into the wastebasket.
The big warlord grabbed it away from the general and puked violently.
Who knew warlords had such weak stomachs?
A beep sounded in my earpiece. Marie’s signal that Ted was coming with a tray of her nice powdered-sugar-covered cakes and coffee. My plan was coming together perfectly.
Right on cue, Ted stepped in the room. I let out a bloodcurdling shriek and ran for the door.
Jaylan instinctively leaped out of my way and crashed into Ted.
He staggered off balance, desperately trying to keep the tray from falling. I stuck out my foot and tripped him.
The tray tipped over, raining cakes and coffee all over Jaylan and my father.
A stunned look on his face, Jaylan stared at the coffee running down his spiffy boots and the pieces of smashed cake decorating his battle suit.
“Dammit! You clumsy fool, look what you’ve done!” my father bellowed, trying to brush the powdered sugar off his uniform.
I shot out of the office and ran into the parking lot. God, I hadn’t had this much fun in ages, and the looks on their faces were priceless. Grinning, I headed for my car.

Bio:  I was a 9-1-1 dispatcher for thirty-one years and to keep insanity at bay, I took up writing. Not to worry. The insanity isn’t catching – much. Other than the addiction to chocolate and the twitch in my left eye, I’m good. I’ve had my weird but true stories published in newspapers and magazines.