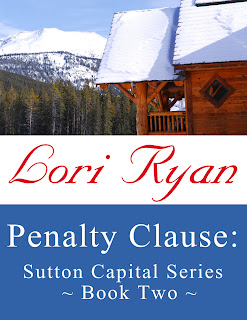 Welcome to my Reading Nook, Lori Ryan. Please make yourself at home and let my cabana boys/girls get you a drink.

Thank you for having me. I’m a fairly new writer but so far the reception for the Sutton Capital Series has been wonderful. It’s been exciting to hear from readers and I’m excited to get my readers more books.

I have a new novella in the Sutton Capital Series, The Baker’s Body Guard and a full length Sutton Series book coming out in September. Negotiation Tactics will tell the story of Chad and Jennie, two of the Sutton Series characters that fans have been asking for. Their story is my favorite so far!

How would you describe yourself using only five words? Flighty but reliable. A dreamer.

If you could write a warning label for yourself as a person or an author, what would it say? Steamy and Sexy. Have a partner or spouse nearby before you read!

Do you have any guilty pleasures? Cinnamon toast. It’s my weakness.

I have no clue. There are a few things I can think of but none that can be shared on a blog.

If you could live anywhere in the world, where would it be? Italy.

Can you share with us your typical writing day.  Is there anything you have to have while writing?

I can’t write unless I already have scenes written out in my head. If I don’t have scenes in there, I can’t just come up with them on the fly on the computer.

Who are some of your favorite authors?

Bev Pettersen is my favorite. I also love Penny Reid, Jill Shalvis, R.L. Mathewson, Bella Andre, Robyn Carr, Shayla Black, and Jasinda Wilder. And so many more. There are just too many to name!

What is in your To Read Pile that you are dying to start or upcoming release you can’t wait for?

I’m working through Shayla Black’s back list now. Can’t wait for more from Bev Pettersen. I’d stalk her and pressure her to write faster if that wouldn’t be so weird. It would probably freak her out, though. Oh, and I want the next Gansett Island by Marie Force.

Is there something special you do to celebrate when one of your books is released?

Nope – just obsessively check the sales and the reviews and report back to my husband. He loves that.

Do you have a favorite TV show you can't miss?

Bones. I hate when it’s in between seasons.

If you could date any character from any book, who would it be and why-no it doesn't have to be from your books?

Well, from my books, I think Chad. Or Andrew. They’re just so sexy and sweet. I’m pretty sure Chad would win, though.

From someone else’s book? Shayla Black’s characters in Their Virgin Hostage. Dominic, Law and Riley are so damn sexy. Oh, and they only come as a package. You can’t pick just one!

What is the strangest source of writing inspiration you’ve ever had?

I read a line in a book just now about a surgeon’s hands and from that, I have an idea for a whole new book. Weird little things like that tend to spur stuff in my head.

If your muse were to talk behind your back, what secrets would he/she tell?

She’d probably just start making crap up. She’s a little on the crazy side!

Anything else you want to add?  Visit me on Goodread.com! http://www.goodreads.com/group/show/104565-lori-ryan-fan-group 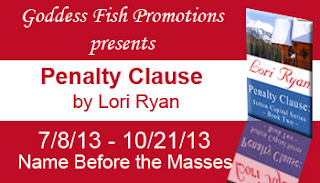 Giveaway Information:Lori will be awarding a Giana Bernini Handbag to a randomly drawn commenter during the tour. (US ONLY) Leave a comment to be entered to win.

A Giana Bernini Handbag will be awarded to a randomly drawn host. Tour hosts who do a review will get two entries into the contest. All others will receive a single entry. (US ONLY)

Follow the tour and leave a comment at each stop; the more you comment, the better the chances of winning. The tour dates can be found here: http://goddessfishpromotions.blogspot.com/2013/05/virtual-nbtm-tour-penalty-clause-by.html

To keep her, he'll have to gamble it all!

Andrew Weston and Jill Walsh had to be the two most unlikely people to fall in love. When Jill's first husband's love for her simply fizzled and died, Jill knew she'd never trust that love could last again. After Andrew's first love betrayed him in the most brutal way possible, he knew he might fall in love again someday, but there was no way he'd ever make himself vulnerable again by confessing those feelings if he did.

Fate had a different ending in mind for these two, though, and when Andrew discovers his love for Jill, he knows the only way to get her to stay with him forever is to offer her an iron clad penalty clause in a prenuptial agreement. He stays with her forever or he loses everything he owns. The millions he's worked for, his property, his cars, everything. Now he just needs to hope that's enough to hold onto Jill forever.

Five out of Five Stars "Lori Ryan has done it again...I am just drawn in. On the hook. I want to know what is going to happen next. There were times when I really was physically holding my breath!"

Five out of Five Stars "I've been waiting for this book and wasn't disappointed. Great story and great characters. Andrew is sexy and steamy and hot!"

Jill watched Andrew over her mug, and made idle small talk with him about but her heart rate was going a mile a minute. She couldn’t take her eyes off him. That dirty blond hair that was just a tad too long. Scruffy chin and strong jaw. And, those eyes. Those eyes that that were so steamy and sinful, they made Jill feel like she could melt in a puddle at his feet if she didn’t look away.

Just last night Jill had wondered what Andrew would be like all grown up and here he was in the flesh as if her thoughts had conjured him out of thin air.

And oh, what incredible flesh his was. Jill had guessed Andrew would be good looking as an adult, but good looking didn’t begin to describe the perfect model of manliness sitting before her. Jill casually let her eyes drop to his chest and was amazed at the hard expanse of it, evident under the snug fit of the sweatshirt he wore. Andrew’s jeans hugged lean hips and long legs and Jill suspected there wouldn’t be an ounce of fat under those clothes.

The soft, faded material of Andrew’s jeans tugged tightly across his thighs as he raised his feet onto the rungs of his kitchen stool. Jill swallowed a groan and dragged her eyes away from his lap. Except her gaze caught on other parts of his lap as she tried to pull away and she couldn’t prevent the quick glance at his zipper or the imagined images of what lay beneath it. 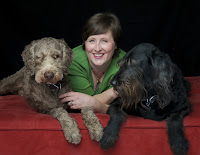 Lori has had a number of careers before embarking on her newest adventure of writing novels. After graduating from the University of Connecticut School of Law, she practiced law for three years, working primarily in the areas of utilities law and intellectual property litigation.

Lori still lives in with her husband -- who is endlessly supportive of her changing career paths -- and her two children, one cat, and three dogs.

I think that you're the first author who hasn't said to just sit down and crank it out, even if you don't know what to write yet. I think I like your opinion better!

I really enjoyed your comments. I loved the way you write. It seems to be so natural for you.

This story sounds really interesting and I loved the excerpt.

Whoo Hoo...And the Bones wedding will be on shortly, Lori. I can't wait!
I'm not familiar with Bev Pettersen. I'll have to check her out.
catherinelee100 at gmail dot com

Hi, Andra! I actually had to sit down and force out three chapters once. An editor was waiting for it but the story wasn't working for me. It was the longest three chapters EVER!

Hi, MomJane! I hope you love the series. I'm having a blast writing it.

Catherine! I'm watching it right now (I recorded it). I love the scenes of her running around with the curlers in her hair. Bev is my favorite. One of my editors also edits her work. She manages to make me feel like I'm behind the scenes at a race track. I think her best one is Horses and Heroin. Enjoy!