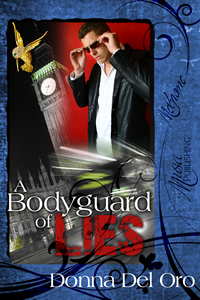 LIKE A FILM DIRECTOR, BEGIN WITH A STORYBOARD By Donna Del Oro

When I was in junior high school, I discovered comic books. I loved the Archie and Katy Keene comics and often tried to change or continue a story that a particular comic book had featured. Then I began to draw and write my own comics, creating my own characters and storyline. My friends loved them, and so with this encouragement I wrote my first novel at age sixteen. Predictably, it was called THE SEVENTEENTH SUMMER, a teen romance full of bittersweet longings.  That novel, too, began with a storyboard, or frames of scenes that I drew and whose dialogue I’d sketched and printed out. I drew the major scenes like the frames of a comic strip.

MANY, MANY YEARS LATER—and as an art minor--I find that storyboards still help me plot out a story outline.  I might sketch the scenes in colored pencil or felt pen.  The frames are usually 4 x 5 inches or half of a typical printer page. After they’re finished, I’ll cut the pages up and tape them on the wall or tack them on my cork board. Each frame is labeled by chapter number or chapter number, scene one, two, three, etc. Then I study them to see where the story arc is going.

Just as a film director uses his storyboard to help him plan out scenes as well as decide on camera angles and close-ups vs. medium/long shots, a writer can use his storyboard to plot out the scene’s location and POV. Of course, you don’t have to draw or sketch every action in the scene. In my case, I’ll sketch out the main characters in the beginning of a scene with a hint of the setting—time period and location--as a backdrop. How the scene develops is what I decide mentally but seeing my vision of the major characters in that particular beginning scene helps me decide what the emphasis of that scene is, its purpose in the overall story, whether it’s a “reflective” or “action” scene, AND the scene’s POV.

Sometimes I’ll be halfway through the sketch when I realize the POV is all wrong or the setting needs to be changed. The drawn scene helps me  visualize and slow down the motion picture that’s running through my mind, acts as a kind of creative prompt or cue, and alerts me to what is wrong with the scene. Or vice versa, what is right with it.  George Lucas once said in an interview that he redrew the STAR WARS honky-tonk saloon scene several times until he got it just right.  He said he scripted each move and camera angle until it all came together exactly as he wanted it.  When he finally turned it over to his designers and cinematographers, they knew what he wanted.  It’s a laborious process, perhaps, but a creative one which I, and other writers I know, use to help us focus on the basics. 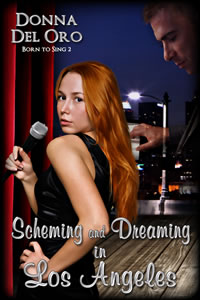 When I see the strip of frames—one frame per chapter or scene, depending on how ambitious I feel—I can determine more easily, too, whether the pacing is working. In the romantic thrillers that I write, the pacing is especially important and has to be fast enough for the suspense to be sustained and increased to the all-important climactic scene in the book. However, in a thriller you also need some down time, or scenes in which characterization is developed through dialogue and inner monologues. The visual pictures I’ve sketched help me to see where the “reflective” scenes are in relation to the  “action” scenes.  As in any story, there has to be a balance, but if you follow the three-act structure, each “act” in the story has to have a crisis point towards the end, followed by a  resolution attempt or complication that adds to the suspense. The storyboard technique aids the writer in visualizing and timing those crisis points.
For us visually dependent writers who also like some structure in our story plotting, storyboarding is an extremely useful technique. If you’re the least bit artistic, try it!

About Donna Del Oro:
Donna Del Oro spent her childhood in two places, Silicon Valley, CA and the countryside of East Texas, as her father tried several job opportunities. Finally settling in Silicon Valley, she grew up in a bilingual, bicultural world--Spanish on her mother's side and English on her father's. Comfortable in both worlds, she decided upon retiring from teaching to write about her Hispanic side. Four women's fiction books resulted and a series about professional singers, their careers and love lives. Retired and devoting much of her abundant free time to exercise, writing, singing and her grandson, Donna has finally reached a point in life that totally satisfies her. Life is good and she has no complaints, just a lot of gratitude for her many blessings.
http://www.donnadeloro.com/

A Bodyguard of Lies by Donna Del Oro
Musa Publishing
Mystery/Suspense
Buy at ARe: http://www.allromanceebooks.com/product-abodyguardoflies-671196-149.html

Handsome FBI agent Jake Bernstein is recruited by MI5 to go undercover in England and Ireland and investigate a naturalized American grandmother. His task: Discover if she was the notorious Nazi spy, Hummingbird, who caused the deaths of thousands during World War II. His obstacles: A dangerous, Irish neo-Nazi organization, the woman’s lovely blond granddaughter, and sixty years’ worth of lies. His priority: Stay alive!

PrologueJune, 1940
The four-decker ferry tossed about in the Irish Sea. Keeping her sea legs, Clare Eberhard stood and peeked through the curtains of stateroom number five. It was dark and the rain lashed the window with howling fury. She glanced at her watch. It was time.Her heart leapt and her stomach tightened into a hard ball. Beads of sweat covered her brow. An attack of nausea threatened but she pushed it down. Her extensive training hardened her mind. This was wartime, a time for drastic measures and sacrifice. Every loyal German was a soldier. She was both loyal and a soldier.A pounding at the door.“I’ll get it,” Clare said to the girl sitting on the bunk, forestalling her from getting up. The pretty, blonde Irish girl looked up from her book of poetry and smiled. She tucked a needlepointed bookmarker into her book, swung her legs around, and planted her feet on the floor.“’Tis sure to be the cabin steward with the tea I ordered. Please join me, Katy. ‘Tis bound to be an unsettling crossing. The tea will be soothing.”Clare smiled, then frowned almost reflexively. The young Irish woman was sweet and charming. They had met each other an hour before boarding—although Clare knew her entire personal history—and had teased each other about their strikingly similar looks: Their height and figure, hair and skin color, facial features. All except for the eyes. The Irish woman’s were a striking hue of blue, almost turquoise. Physically, they could have been fraternal twins. They’d discussed their plans for jobs in London, shared verbal summaries of their Curriculum Vitaes and basically hit it off. So much so, they decided to share the cost of a stateroom aboard the ferry, finding it prudent for two single women traveling alone.Bile rose and burned her throat. Clare quelled her weakness and smiled at the Irish girl. “Yes, I’d like that. Thank you. You’re very kind.” Clare put up her hand, making the girl hesitate. “I’ll get the door. I’m closest.”She paused for a long moment as she gazed at the young woman’s countenance. The resemblance was so remarkable, the main reason why Horst had scouted the country and finally chosen her. She was just the right mark. Now, there was no stopping the chain of events that their superiors had set in motion two years before. They had their orders.Such was war.
By DawnsReadingNook at April 07, 2012

Great blog, Donna. Why don't you come to my house and help me figure out where to put a storyboard? I'm not kidding, but am lol.