This post is part of a virtual book tour organized by Goddess Fish Promotions. J. A. Jackson will be awarding a $15 Amazon or Barnes and Noble GC and 10 Kindle copy of Lovers, Players, Seducers Book III: The Betrayal of Nicholas LaCour to randomly drawn winners via rafflecopter during the tour. Click on the tour banner to see the other stops on the tour. 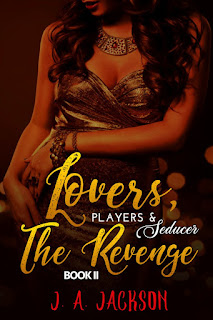 Last time, in J. A. Jackson’s steamy, romantic thriller Lovers, Players and The Seducer, the storm came…and went. Back then, Nicholas La Cour played a very dangerous game of cat and mouse; one in which he involved his childhood friends, Kienan Egan and Quinn Rolandis. Even worse, he put his own sister, Lacey La Cour, right in the middle of that storm. Everyone got swept away in the torrent of greed, lust and ruthless ambition. All except two ratchet lovers… Discover as one ratchet lover determined to put the past behind her, believes she’s found true love only to be catapulted into an intriguing world that threatens her life and may shatter her heart. Another storm is coming, but will the two ratchet lovers survive it?

“Greeting,” the old woman called out to them standing just to the side of the road. She wore a man’s military jacket over an old torn pink satin cocktail dress. “Lord, have mercy, you all caught a load of fish!”

The first thing Maëlle noticed about the old woman was that she had a clairvoyant air about her.

The old woman didn’t wait for an acknowledgement as she walked directly toward Maëlle singling her out. “Young woman, might I have a word with you?”

Maëlle’s head jerked up in surprise, when the old clairvoyant looking woman singled her out. She almost jumped out of her skin, at the sound of the soft sweet voice with a lifting southern drawl, that left an in indelibly imprint on the brain. She was sure that the old woman’s voice was surely capable of casting a spell. 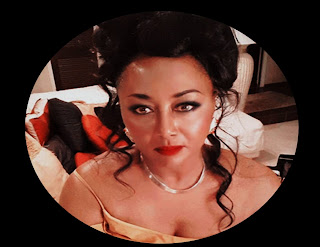 J.A. Jackson is the pseudonym for an author, who loves to write deliciously sultry adult romantic, suspenseful, entertaining novels with a unique twist. She lives in an enchanted little house she calls home in the Northern California foothills. Her love for cooking and writing come from her Southern roots of Louisiana and Arkansas. She isa member of South Bay Writers Association, Yosemite Romance Writers and Romance Writers of America (RWA).

a Rafflecopter giveaway
By DawnsReadingNook at October 26, 2020

Greetings to the Host & Blog Fans,
It is my pleasure to join your blog today! Thanks to everyone for letting me share my book, Lovers, Players, & The Seducer Book II – Revenge!
Please accept my sincere thank you for your hospitality. Your Blog community’s support and reception is greatly appreciated.
Thanks again for your hospitality.
Sincerely,
P.S. I will answer all questions… Please note owing to any “time” differences I am in California, USA, and will respond back by midnight California time.

Your book sounds like a great read and thank you for sharing it with us.

We're getting into the holiday season now. Do you have a favorite holiday?