Get ready as Sam and her Vice President husband, Nick are back in the new installment in Marie Force's Fatal series, Fatal Accusation. An action packed ride from start to finish, I for one can not wait to see where this author goes in the story as Sam, Nick and the gang find another scandal hitting the White House and the threat of Nick becoming President becoming more real. 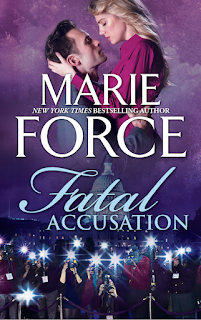 The story breaks as Metro PD lieutenant Sam Holland attends a dinner party with her husband, Vice President Nick Cappuano: President Nelson is accused of having an affair. More shocking still, campaign staffer Tara Weber claims the president fathered her newborn son—while the First Lady was undergoing secret cancer treatment.
When a high-profile murder case hits Sam’s desk, she’s shocked to uncover a connection to the presidential scandal. With the department caught up in its own internal scandals, and the chief’s job hanging by a thread, Sam questions who she can trust as her team uncovers information that clouds an already-murky case. And with calls for the president to resign getting louder by the minute, Sam needs to close this case before she finds herself living at 1600 Pennsylvania Avenue… 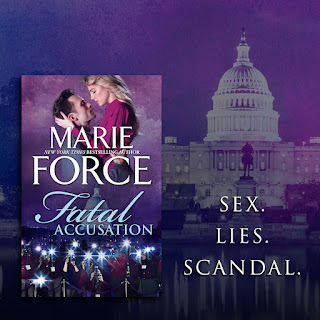 By DawnsReadingNook at December 23, 2019