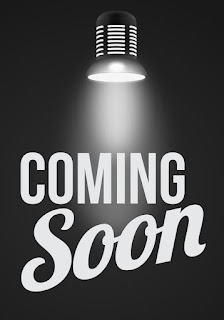 Please give a warm welcome to debut author Rosie Weir who joins me in the Reading Nook to talk about their upcoming debut book, Adamantine, coming June 2020, from Champagne Book Group.

Thanks for stopping by to talk a little about your writing! Let's jump right in. When did you begin writing and why?
Thanks for having me! Well, I started writing at the age of 10. I wrote a play based on Sherlock Holmes that the school ended up producing so I knew that I was on to something then and continued writing throughout my life. Writing is my outlet, not only does it relieve the stress of everyday life but it transports me anywhere I want to go. The Appalachians? Sure! A brothel in 1870s Kansas? Why not! I’m very introverted so I thrive when I’m alone with nothing but my thoughts and although it can be challenging at times to have this kind of quiet, I’ve learned to embrace every aspect of the writing process.

Do you have a favorite genre? Is it the same genre you prefer to write?
As far as movies go, I love horror and sci-fi. With books, however, I don’t have a favorite genre; I read whatever piques my interest at the moment. For example, the last book I read was Agatha Christie’s Pale Horse. Before that, journalist John Carreyrou’s non-fiction Bad Blood, so I’ll read just about any genre, and that goes for writing too. I always think of Paul Sheldon in Misery, he made a successful living writing romance novels, but it became repetitive for him and he sort of lost interest along the way. That’s why I don’t want to box myself in, I write whatever genre I’m feeling at the moment. Adamantine is science fiction set in the future but the one I’m currently working on is a historical romance and goes all the way back to the 1800s. These jumps in genres definitely keep my editor entertained!

Do certain themes and ideas tend to capture your writer’s imagination and fascinate you?
Absolutely. I’m obsessed with everything AI and true crime which sound like polar opposites but when you think about it, artificial intelligence and human behavior go hand in hand. The idea that we may one day have the ability to measure our behavior and utilize that measurement to pave the way to a better version of ourselves is something that fascinates me. Philip K. Dick’s Do Androids Dream of Electric Sheep is a perfect example of where these ideas can go. I definitely have a more “happily ever after” approach to my stories though. I hate being left depressed or feeling shortchanged after reading a book which brings me to themes. As far as they go, love is at the heart of all my stories. Sometimes love can be messy though and make people do crazy things. To quote one of my characters in Adamantine, “love knows no bounds”.

How do you balance long-term thinking vs. being nimble in today's market?
Balance, which in today’s rapidly changing world is not always easy but necessary. In terms of business, proper practices should be instilled early on if you want to have long-term success and writing is no different. However, I think you have to keep an open mind because when you do, it’s easier to see where adjustments need to be made, even if it means taking a step back. Whether it’s about the next book or raising a family, periodic assessments of one’s work and life allow for the adjustments we need to make as writers, business owners, human beings - and to improve upon that. And we have to be flexible enough and keep our ego in check to make the hard choices.

How do you find readers in today's market?
Social media is such a great resource for writers. Let me rephrase that, social media is the resource for writers. It’s difficult to imagine what they did before it! There are so many reading and writing communities out there that are geared towards specific niches that I’ve been fortunate enough to discover and become a part of. When I first began this process, I knew I needed to start marketing myself and connecting with readers before I even finished writing Adamantine so I chose Instagram as my main platform to reach potential readers. I love pretty pictures and books so bringing those 2 together was a no-brainer. Facebook is also a great place to find readers since they have groups for just about every micro-niche you can think of (hi ladies of sci-fi romance group!).
Do you come up with the hook first, or do you create characters first and then dig through until you find a hook?
Ugh! No! I sometimes wish I came up with the hook first to avoid the many rewrites I usually go through when I’m working on a story but when I’ve tried to outline or plan ahead, I feel constricted, so writing by the seat of my pants is my trusted method. I do, however, create my main characters first; their traits, quirks, physical appearances, everything. From that point on though, it’s free rein. I write the stories my characters want to tell so instead of setting boundaries, I just go wherever they take me. I’ve found that works best for me and gives me the most possibilities when creating a storyline.

How do you create your characters?
It’s a little difficult to put into words but the best way I can explain it is as if my characters and their stories were already living in my head (no, they don’t tell me to do things!). They kind of pop out of nowhere but it feels like they’ve always been with me if that makes sense. Like old friends stopping by for a few months, even years. So it’s a pretty seamless process for me when I’m putting them down on paper because I know everything there is to know.

What's on the top of your TBR pile right now?
The Handmaid’s Tale by Margaret Atwood. I have not watched the show either but it’s had such a profound effect on our culture that it’s definitely at the top of my list.
.

Tell me a little about the characters in Adamantine.
My male MC, Will, is synthetic, an artificial creation with an evolutionary system that gradually alters and determines choices based on the human interaction he experiences throughout his lifespan. One of the first questions he asks his creator, James, is whether he’s awake or simply programmed to feel awake and that sets him on a path to determine whether his experiences are truly genuine or just mimicking human behavior. When these lines become blurred, especially as his feelings for James’ daughter Molly grow, he begins to wonder if being human is actually a hindrance and struggles with the answer.
My female MC is Molly, James’ daughter. I. Love. Molly. Although she’s been sheltered most of her life, she has quite a sense of humor and can’t get enough of RoboCop and 80s slasher movies that she and Will watch time and time again on an old VHS player. Often insecure (that happens when you’re raised next to a perfect machine!) and always curious, she fills her days hunting (unsuccessfully), homesteading, and conducting fake Turing tests à la  Blade Runner on Will. But this simple existence is completely derailed when she suffers a devastating blow, setting off a chain of events that will forever alter her life.

Where’s the story set? How much influence did the setting have on the atmosphere/characters/development of the story?
I set the story somewhere deep within the Appalachian mountains, specifically the Allegheny front which is full of ridges and valleys that make it difficult to travel through, even today. James’ character chose this location for that very reason, it was far and away from the mysterious contagion he is protecting Molly from. But living off the grid with no other signs of human life has its challenges, especially for Molly and Will, who are growing up in this setting (her as a young woman coming into her own and him as an ever-evolving system). The Appalachians can be both breathtaking and heartbreaking, and this is something both characters learn as the story develops.

If you had to write your memoir in five words, what would you write?
Little Latchkey Kid That Could.

How often does your muse distract you from day to day minutiae?
It’s difficult to concentrate on anything other than writing when I’m in the “zone”. When I’m in that process, I eat, sleep, live and breathe my characters and their stories. This can be challenging when you’re chasing around a 2-year-old though and I actually wrote Adamantine around my daughter’s nap schedule and at night after she and my husband went to bed. You don’t have a choice but to work with what you have and make it work.

What do readers have to look forward to in the future from you?
Wide-ranging and wildly different. My mind goes off in so many different directions and that is something I learned to appreciate and embrace so my debut novel is science fiction but I’m following up with historical fiction. I’m passionate about telling unconventional stories that inspire my readers to rethink & reshape their perspectives on societal norms.

Deep in the Appalachian Mountains, a brilliant scientist and his daughter retreat from a catastrophic global plague. Worried for Molly’s future, James crafts the ultimate gift for his lonely little girl: A sentient AI charged with the task of protecting her and keeping her company in the event he is no longer able to do so. His creation, Will, is bestowed with an expansive intellect, superhuman strength, and a fierce protective streak. However, as year go by, Will’s feelings start to change from duty and service to something more.
At eighteen, Molly knows little of the world beyond a collection of grainy VHS classics. Life with Will and James is idyllic. But Will’s mission to protect involves keeping dangerous secrets, including some that could destroy the trust between them forever. Will struggles with the rigid self-discipline of his programming, versus turbulent, irrational feelings that grow stronger each day. True love can’t exist without honesty and risk; the two things Will has been programmed to control at all costs. But trouble is brewing outside their sheltered utopia, and ignorance might be a luxury neither of them can afford any longer.
From the primitive heights of the Appalachian Mountains to the revolutionary scientific breakthrough hidden within, Adamantine, a story of love, sacrifice, and sentience is scheduled to be released in June 2020.