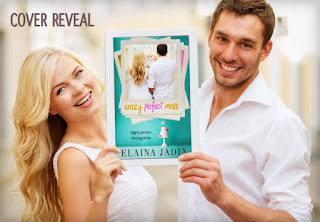 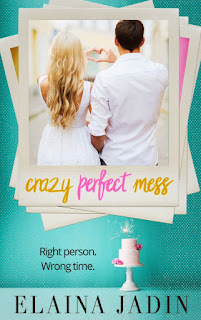 BOOK DESCRIPTION
KATE
When free-spirited Kate walked in on her boyfriend playing naked Twister with another woman—her unscrupulous cousin, no less—she decided it was time to take a sabbatical from dating. A decade or so should be about right.
Now she’s crashing on her BFF’s couch, throwing herself into a three-ring circus of temp jobs, and trying to expertly avoid her dysfunctional family, who put the ass in passive aggressive. All Kate wants to do is get her life back on track, instead of wasting time with the opposite sex, and she has a fool-proof plan:
1) no distractions2) no complicated situations3) absolutely no men
Too bad she just woke up in bed with all three.
HENRI
Level-headed and loyal Henri was happily pursing an art degree and looking for his soulmate, until his dad’s illness changed everything. Determined to help out, he set aside his dreams to take a more practical path. Along the way, he picked up a soul-sucking career and a demanding fiancée with dubious motives.
But that’s okay—he’ll do whatever it takes to keep a roof over the heads of the people he loves most in the world, his family. With so much on the line, Henri has a short list of must-do priorities:
1) keep his commitments2) stay focused on his job3) don’t let anyone down
Definitely not on the list: falling for Kate.
In this funny and poignant book, Kate and Henri are forced to ask themselves: Is it possible to find happiness when everything you touch becomes a disaster? Is love still worth it, even when it’s this complicated?
Check out the sneak peek HERE

AUTHOR BIO
Elaina lives in the mid-Atlantic region of the U.S. with her husband, two kids, and lots of family pets in an old Victorian that has been undergoing renovations longer than she ever thought possible. She writes feisty, heartwarming women’s fiction, including romantic comedy and chick lit. Elaina loves throwing a whole lot of fun trouble at her smart, sassy heroines and the sweet, sexy guys who fall for them.
After publishing several successful short stories and novellas in various genres, she summoned up the courage to begin working on her first full-length romantic comedy. Her novel, Crazy Perfect Mess, will be released in late spring 2017.
You can find Elaina online at:www.facebook.com/readelainajadinwww.twitter.com/readelainajadin
Or email her at ebj@elainajadin.com