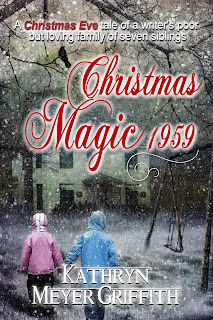 Author of 24 published novels, 2 novellas and 10 short stories since 1984
This post was originally written in 2011…
right before I discovered self-publishing and then everything changed.
And a 2016 update is at the end of the post.

Truthfully, what started me off as an author was simply this: As a child, about eight or nine years old (the same time I began to draw pictures in pencil and years before I began to dream about being a singer with my younger brother Jim), I began reading books, science fiction, historical romances and scary books from the library. I had six brothers and sisters and though I had a loving mother and father, a loving family, there was very little money. I can’t say we were poverty poor, but we were poor at times. Sometimes our meals were scarce and we never had extra money for many toys or outside entertainment. I think in my whole young childhood my father only took us out to eat once. Try paying for seven kids and two adults. So we learned to entertain ourselves. We played outside, climbed trees and hid in deep dirt gullies. We sang, howled really, outside at night on the swing set.
I loved to read. The library books were free and plentiful. I’d sit on my bed, especially during the long summer days and evenings (after chores were done, of course) and read one amazing book after another and if I was lucky, with a chocolate snack or cherry Kool-Aid nearby. Those books, those words on the page, took me away to other places, times and worlds. It was magical. I got lost in people-on-a-spaceship-going–to-some-faraway-planet science fiction books. There was this one horse book when I was a kid that knocked me out, made me cry, and laugh with joy at the end it was so real to me and so full of pathos because I loved horses so much. It was called Smoky. I loved that book. Sigh. I never forgot how those wonderful books made me feel…so free. So adventurous. So rich. Like I could be or do anything someday. And when I grew up I wanted to create that magic myself for others.  So…that’s why I began writing.  And when I get depressed over my writing at times, I remember that.
I remember vividly one day at school, when I was about 10 or so, when a big box of Weekly Reader books were delivered and we each got to pick one to read. The smell of those new books in that box as I looked at them, the excitement and awe of the other kids over the books and the reverence for those authors, and I thought: Wouldn’t it be something if someday a box of these books were mine…written by me? Oh, to be an author. People respect an author. It was the beginning.
Then there’s also a second part to the question: Why do I keep writing after 45 years of it? Because I can’t not write. I can’t stop. The stories take over my heart and mind and demand to come out. It’s sort of like birthing a baby (I have one real son and two grandchildren myself). You carry them for a while, a short or long time span, and then once they’re born (published) they go on to be their own individual entities that sometimes continue to amuse and amaze you. Or disappoint you. Whatever.

This is what it’s like to be a published author.
It’s not like anything you would imagine. There’s excitement, the passion and feeling of being right with the world, as the story is being created and the words are tumbling out into the computer; there’s the exhaustion of writing hours and hours, the doubt that your words will mean anything to anyone and why am I doing this? that creeps in but that you have to chase away; there’s the pride in seeing the finished book, either e-book or print, and finally there’s the feeling of unexplainable happiness when someone says they read it and liked/loved it. The best response I love to hear is: I couldn’t put it down. The characters were all so real. I got carried away with it. Didn’t want to leave the world you’d created. Wow. That makes the sometimes low pay and grueling hard work all worthwhile because writing is hard work, or, at least, the creating and promoting of it anyway. Hour and hour, day after day, year after year. It’s your life you’re using up, your precious time and you have to truly love it to give all that up…to strangers.
Sometimes people ask me: is it still fun?
Fun? That’s a strange way to put it. Sometimes, rarely, it’s fun. Mostly it’s hard work and lots of solitary time alone. Writers live so much of their life in their make believe worlds they get lonely for the real world, real breathing people and adventures. I know I do. But the writing won’t leave me alone until I write down the words and tell the tale. The easiest way I can put it is when I’m writing or dealing with my writing I feel like I’m doing what I was born to do. Yes, I believe a writer is born to write–like an artist is born to paint and draw; a musician to write or play music. As an artist myself I know I’m not truly happy, or fulfilled feeling, unless I’m writing, drawing or singing. Creating. Though the singing and the artwork have gone more by the wayside as I’ve become older and writing mostly takes all my free time now.  Yes, writing does make me happy. Grin. Except the rare times someone hates one of my books and that happens, too. I’ve finally learned that reading and loving a book or short story is subjective. Some people love my stories, get them, and others…don’t. And that’s okay. We’re all different people.  That’s a lesson a writer must learn. One person’s criticism is not a blanket criticism of all your work or even that one work, it’s just one person’s opinion.

Is it lucrative? This first part I originally wrote in 2o11… before I started self-publishing in August 2012. Now, in 2016, with all my 24 books now self-published I am making a good living at my writing for the first time ever. But here’s my answer from 2011 when I was still with publishers: That’s a loaded question and most writers will not talk about how much they make or a book makes. Maybe, this is just my theory, it’s because most of us make so little it embarrasses us. There’s no way we could ever live on it. It’s icing on the cake, trim on the woodwork, for the mid-level writers anyway. The top (very rare) writers like Stephen King, Dean Koontz and many other writers make a very good living, but most writers don’t. Ever. Oh, in my heyday in the 1980’s and early 1990’s I made fairly good money with Leisure and Zebra paperbacks, because back then the distribution and print runs were so large, thousands at a time. I got a smaller percent in royalties (4-6%, no joke) but there were more books out there on the shelves and in the stores selling for me.
* So far my self-published e-books and PODs (Print on Demand) don’t sell near as many copies, but I get a much larger percentage (52-70%, yeah!). So selling a small quantity each month from all my sales venues–I am what they call “wide”; now as a self-publisher I sell my eBooks, paperbacks, and audio books at Amazon, D2D (which is B&N, Kobo, Apple iTunes and a few others), Google Play (which sells all over the world), Create Space (paperbacks)–and also at Audible (audio books) sometimes adds up to a nice sum. I’m marketing (a whole new thing for me these days after all those years with publishers) a lot, seeking and getting reviews, joining reader and writer loops, guest blogging, etc. It’s never ending. Thing is I don’t know how much it all helps. Eventually, I figure, I’ll find out. I’m an optimist always.

Do I still enjoy writing? Sure. I love it. It’s like breathing, eating, dreaming. It’s become part of me. It’s second nature. It took me over 40 years to say: I’m a writer. And really feel like I wasn’t being a pretentious so-and-so or outright lying. It took me all that time and 22 published books (soon to be 23), 2 novellas and 12 short stories, and more to come hopefully, for me to feel deserving of the title. Even without the money, telling stories is what makes me feel…complete. Happy. Hey, look at me I’m a storyteller! Ha, ha, now I just have to figure out a way to keep writing into my old age and balance both the marketing (which takes a lot of time, too) and the actual writing.  Thank you.

2016 update: I found a way to make my writing more profitable in 2012 because I started self-publishing. As one successful Indie writer recently said to me: Just get the books out there…nothing else matters, except presumably good books, I’d add. The rest will come. And now I have all my 24 novels self-published and out everywhere and I’m discovering it does come. It only took me 45 years…. 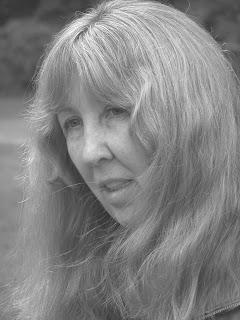 Since childhood I’ve been an artist and worked as a graphic designer in the corporate world and for newspapers for twenty-three years before I quit to write full time. But I’d already begun writing novels at 21, over forty-four years ago now, and have had twenty-four (romantic horror, horror, romantic SF horror, suspense, time travel, historical romance, thrillers, and murder mysteries) previous novels, two novellas and twelve short stories published from Zebra Books, Leisure Books, Avalon Books, The Wild Rose Press, Damnation Books/Eternal Press. But I’ve gone into self-publishing in a big way since 2012; and upon getting all my 24 books’ full rights back for the first time in 33 years, have self-published all of them. My novels and Spookie Town Mysteries (Scraps of Paper, All Things Slip Away and Ghosts Beneath Us) are my best-sellers.
I’ve been married to Russell for thirty-eight years; have a son and two grandchildren and I live in a small quaint town in . We have a quirky cat, Sasha, and the three of us live happily in an old house in the heart of town. Though I’ve been an artist, and a folk/classic rock singer in my youth with my brother Jim, writing has always been my greatest passion, my butterfly stage, and I’ll probably write stories until the day I die…or until my memory goes.
2012 EPIC EBOOK AWARDS *Finalist* for her horror novel The Last Vampire ~ 2014 EPIC EBOOK AWARDS * Finalist * for her thriller novel Dinosaur Lake.

My Books are here:
http://tinyurl.com/oqctw7k

By DawnsReadingNook at December 18, 2016