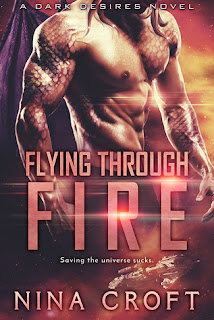 Long ago, dragons controlled the wormholes connecting time and space; they owned the universe. Now they want it back.

Tagline: For ten thousand years he’s done his duty. Now he wants something for himself...

Winged monsters have been seen in the skies, and a pestilence follows in their wake, threatening the very survival of mankind. Only the crew of the Blood Hunter knows where they come from, and only one man has the power to send them back—Thorne, a human/dragon hybrid in possession of mental powers beyond comprehension.

Candace Decker doesn’t need anyone to look after her—she’s a badass werewolf more than capable of protecting herself and those she loves. All the same, she’s always been drawn to Thorne’s strength. In an uncertain world, he’s the one man who makes her feel safe. And what Candy wants, she usually gets.

But while Candy is tenacious, Thorne’s willpower has been honed over ten thousand years. He might want her, but the last thing he needs is an infatuation with a young, impetuous werewolf. Candy makes him lose control, and that could have disastrous consequences.

As the threat escalates and they become separated by time and space, Candy must find a way back to him, because while Thorne alone has the power to defeat the dragons, only together can they finally bring peace to the universe.

At last she caught something in his expression.

“You owe me a kiss,” she said, and the lust was gone in a flash, replaced by…panic?
Without giving herself time to back down—or Thorne the chance to run away— she rested her hand flat against his chest so his heartbeat thudded beneath her palm.

A step closer and they were almost touching along the lengths of their bodies. A shiver of anticipation ran through her, tingling across her skin, settling in her belly. She swallowed, and her eyes flicked around the room. She’d almost forgotten the other people present. Now she caught Rico’s gaze, and he lifted one eyebrow, his mouth curling into an amused smile. Tannis stood beside him, her boot tapping on the floor.

They probably thought she wouldn’t do this. Or Thorne would stop her. But Thorne was standing completely still, not even a tremor to his wing tips, as though he was keeping everything screwed down really tight.

And she was going to do this.

She took a deep breath, ran her hand up across his chest, over his shoulder, and around the back of his neck, digging her fingers into his short, silky hair. For a second he remained completely stiff, and then something seemed to snap inside him. His arms, which had been hanging by his side, wrapped around her. One slid up her back to burrow in her long hair. He gripped it tight and tugged her head back.

As she caught a last glimpse of his eyes, a brief flash of fear flickered through her mind. Power whirled in their depths. How had she ever had the nerve to bait this man?

But then his mouth was on hers and all rational thought was shoved from her mind.

And she’d always expected him to be gentle, but this was a harsh, fierce kiss, as though he couldn’t help himself, and she loved it. Her mouth opened beneath his and his tongue thrust inside. He tasted of spice, hot and sweet, as he stroked her tongue. She held him to her and pushed her own tongue into his mouth, along the rough edge of his teeth, the roof of his mouth.

The world was spiraling out of control.

Something loud and bright flashed close by and her eyes opened.

Thorne stopped moving. She tried to urge him on. She wanted more. If this was the only kiss she got—

Another flash and she shook her head and glanced to the side. Tannis stood, legs braced apart, laser pistol raised to the ceiling. And the ship was spinning.

Thorne pushed her gently away, and she didn’t hold him. What was going on? She stepped back and watched as his eyes closed and he visibly regained control. And the world stopped whirling.

He opened his eyes and they were back to normal, his expression once again blank.

“Well, that was interesting,” Tannis said. “Maybe we’d better lock her back in the brig while you’re onboard.”

Thorne blinked, shook his head. “That won’t be necessary.”

“Really? That was just a kiss. What happens if she actually gets inside your pants? I’m guessing we might all spontaneously combust.
And that’s not happening under my command.”

Growing up in the cold, wet, north of England, Nina Croft spent a lot of time dreaming of faraway sunnier places and ponies. When she discovered both, along with a whole load of other things, could be found between the covers of a book, her life changed forever.
Later, she headed south, picked up the perfect husband along the way, and together they volunteered to work in Africa. There they discovered a love of exotic places and a dislike of 9-5 work. Afterward they spent a number of years travelling (whenever possible) intermingled with working (whenever necessary.) Eventually they stumbled upon a remote area in the mountains of southern Spain and the small almond farm they now call home.
Nina spends her days reading, writing and riding her mare, Gencianna, under the blue Spanish skies—sunshine and ponies. She reckons this is proof that dreams really can come true if you want them enough.

The Dark Desires Series in order: 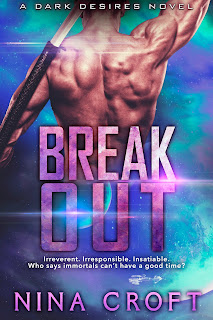 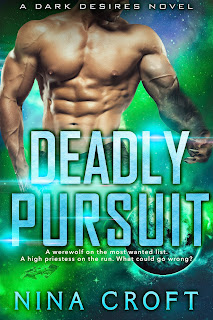 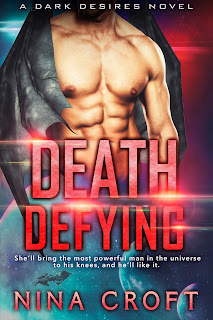 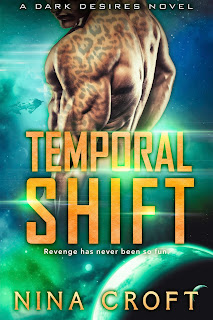 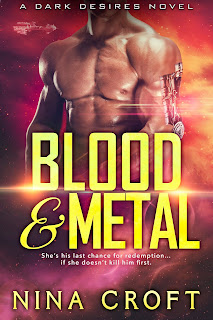 By DawnsReadingNook at November 08, 2016