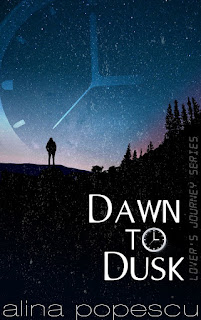 Synopsis
That first encounter with Robert in rural Romania at eleven. A summer spent together in the same setting a year later. Their first text exchange in high school. The first sexual experience. The first heartbreak—the second and third and fourth chance. The point of total breakdown and the despair of failing. More love than anyone could have warned him about.

No matter how much time passes, no matter how different their paths, every meeting brings Edi and Robert closer together. Those stolen moments shine brighter than any. Yet loving Robert is not easy, not when Edi wants to be true to himself and is met with dishonesty. Or when Robert keeps parading new conquests and ignores Edi more often than not.

Edi has always loved Robert, but he must decide if his journey leads to or away from his childhood friend. Is it true love or is Edi just unable to let go?

Excerpt
What a big jerk. I frowned at the new boy and he must have noticed because he tilted his head and stared at me. His smirk still in place, he winked before returning his attention to the game.
“Who’s that other kid playing with Nicu?” I asked after bumping my shoulder into Tatiana’s to get her attention.
“That’s our cousin, Robert,” she said, smiling all adoringly at him. “He’s from Bucharest.”
I rolled my eyes at that tidbit. Just great, another brat from the capital! The other Bucharest kid was staying with the neighbors on the other side of my grandma’s house. He was full of himself, he had a funny walk, and I wanted to punch him right in the face every time I saw him. What was it with these kids from the Capital, anyway? They thought they were better than the rest just because of the city they’d been born into.
Robert and Nicu played until the younger one was thoroughly defeated. Nicu begged Robert for a rematch, but he refused. Holding the ball against his right hip, he turned to face me. “What about you, kid? Wanna be the next one I beat?”
I wanted to tell him where to shove that ball of his, but I stopped myself. I probably shouldn’t get into another fight. I might be shipped to the other grandparents for the rest of the summer. Or worse, get my ass kicked by this older kid.
“Nah, too hot to play now anyways.”
“Are you a chicken?” Robert asked. His mocking tone angered me, but not as much as his stupid cousins parroting the “chicken” part and laughing at me. I glared at him and then at Tatiana. I didn’t care about Nicu, but her taking her cousin’s side stung. Well, he was family, but still. He’d refused to play with her. The snotty traitor!
“Fine, you ass. I’ll play.”
I pushed myself up and dragged my feet through the grass. I jumped over the ditch and walked to the middle of the court side Nicu had been in. The bastard Robert had the advantage, I had the sun in my eyes.
I’d watched them play, though. He’d beaten Nicu because he was stronger and a bit faster. But he had no finesse with the ball. I spent most of my time outside, running and playing. Somehow, this smug pretty boy seemed to be into different things. Probably kissing girls and going to the movies and other stupid shit.
He acted all nice and let me serve. I took full advantage of it and showed him what I was made of. I beat him easily after that. Robert was more concerned with talking to his cousins than paying attention to the game. I took it as an offense. He wanted to blame the loss on him being distracted. Ass! 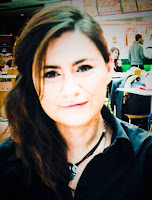 Writer, traveler, and coffee addict, Alina Popescu has been in love with books all her life. She started writing when she was ten and she has always been drawn to sci-fi, fantasy, and the supernatural realm. Born and raised in Romania, she finds her inspiration in books of all genres, in movies, and the occasional manga comic book. She is a proud geek who needs her fast Internet and gadgets more than she needs air.

Thanks for posting about my new release, Dawn! Much appreciated :)