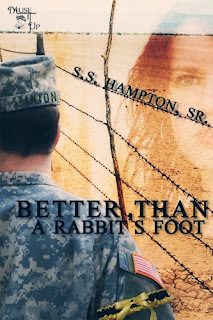 Hello!
Of the various genres I write in, I have been writing Erotica and Erotic Romance for only a few years now. One of the most interesting subjects is cuckolding. For those who do not know, cuckolding usually refers to a marriage where the wife is called a HotWife, the husband is a Cuck Hubby, and by agreement (and usually at the encouragement of the husband), the HotWife has a boyfriend, a Bull or Bulls, whenever she wants. My understanding is that a successful cuckolding marriage includes trust, honesty, and constant communication, among other factors. And not least, a happily married couple who just want to explore and experience.

I cannot say that I have a specific target audience, but the characters usually range in age from 40-65 years old, with a growing emphasis on Baby Boomer characters (born between 1946 and 1964). Why? Well, I doubt if pushing societal and marital boundaries in real life is limited only to the young; after all curiosity, especially sexual curiosity, applies to young and old alike. And the people who push these boundaries are probably not all rich CEOs, young university graduates, or hot shot pilots or race car drivers. I suspect HotWives, Cuck Hubbies, and Bulls can be found in Parent-Teacher organizations, colleges, banks, convenience stores, car repair shops, even among waitresses, delivery drivers, surveyors, and farmers and ranchers scattered across the heartland and in the west. I mean, the next time you are out and about, whether in Washington, D.C., Seattle, Washington, or Wichita, Kansas, take a look around you. Can you spot real HotWives, Cuck Hubbies, and Bulls? Probably not, but they are out there.

Of course, monogamy is in no danger of going the way of the dodo bird. Those who practice cuckolding are probably small in number and do not advertise (society can be very judgmental). I am equally sure there are many who are curious but for one reason or another do not test the waters, so to speak. That is their choice—cuckolding is not for everyone. But maybe those curious readers will enjoy a good story about what could be.

And who knows—maybe an ordinary, even Baby Boomer, reader over drinks and appetizers at a bar, or in the throes of passion, will whisper to their other half, “I have an idea.”

So, why not? Good luck and have fun! 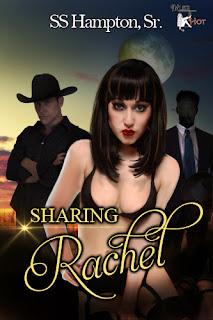 Sometimes people choose to live life to the fullest…

BLURB
Burt and Rachel Markham are ordinary small business owners of a feed & seed store in a small farming and ranching community. Many years before, as young university graduates eagerly anticipating exciting overseas employment, a lifetime in was the furthest thing from their minds, particularly Rachel who was raised overseas and dreamed of going back. By July 2013 their twin 18-year old daughters, having graduated high school several months before, go east to attend a university. Burt and Rachel settle into their new life of an empty house and a predictable and unchanging routine that threatens to stretch far into the future. One summer evening Burt has an idea—but will Rachel accept the idea? If she does, will the idea add new excitement to their marriage or destroy it?

Life—the sum of many parts gathered into a raw and uninhibited whole and unashamedly and breathlessly lived to the fullest…
One part trapped heat and humidity, a thick, heavy embrace that fills the air and envelopes the flesh like a thing alive.
One part pungent scents swirling through the air and becoming a powerful, intoxicating aphrodisiac. Each provocative scent with its own story. The hot musky scent of feminine wetness and the stronger scent of masculine sex blended into its own particular smell. The individual smells of feminine sweat and perfume mingled with masculine sweat and cologne. And all of the resulting mixtures blended into a strong overpowering fragrance of consuming lust and pleasure.
One part sound for sound gives unseen life and strength to the spoken and unspoken. A female voice that moans “Ohhhh shit!” or screams “OH MY GOD!” followed by lengthy, rising whimpers that end in pleasure-filled shrieks needs no explanation; nor does feminine unintelligible babbling answered by a deep chuckle when accompanied by the rapid, endless slapping of wet flesh against wet flesh. In between the voices are long periods of silence broken only by the whisper of classical music, the rustle of bed sheets, the creak of bedsprings, and the sound of joined, intimate sticky wetness. Finally, deep grunts followed by much satisfied long, drawn out sighs from the feminine and masculine says it all.
One part sight for the visual binds the many parts together; blue-hued shadows and pale highlights playing across writhing shadowy forms, one smaller, curvaceous and feminine, the other bulkier and masculine, pantomimes an unspoken story. The feminine raised on elbows, head hung back, long hair brushing against damp bed sheets, a leg draped over the masculine with trembling pointed foot and toes curled tight. The masculine, resting on arms with hands placed on the bed, head lowered to a pale, blue-tinted breast, while hips move with a rhythmic passion between spread legs. The shadows joined together speak silently of lust, pleasure, domination, and submission.
All of the sums gathered together and witnessed, for without a witness there is no remembrance of a moment lived to the fullest. Against the far wall of a bedroom loft, beside a glowing nightstand lamp, brown eyes watched and took in every detail.
Sometimes the feminine looked with dazed blue eyes at the glazed brown eyes of the watcher seated in a large brown recliner.
For a brief moment their eyes meet. For a brief moment, without touching, the feminine and the watcher share the heavy humid heat of the room, the incredible smells, and the sounds of endless pleasure from the feminine and masculine joined together.
And then the feminine returned to the private universe within that would always be unseen by and unshared with anyone…

Stan Hampton, Sr. is a full-blood Choctaw of the Choctaw Nation of Oklahoma, a divorced grandfather to 13 wonderful grandchildren, and a published photographer and photojournalist. He retired on 1 July 2013 from the Army National Guard with the rank of Sergeant First Class; he previously served in the active duty Army (1974-1985), the Army Individual Ready Reserve (1985-1995) (mobilized for the Persian Gulf War), and enlisted in the Nevada Army National Guard in October 2004, after which he was mobilized for Federal active duty for almost three years. Hampton is a veteran of Operations Noble Eagle (2004-2006) and Iraqi Freedom (2006-2007) with deployment to northern Kuwait and several convoy security missions into Iraq.
He has had two solo photographic exhibitions and curated a third. His writings have appeared as stand-alone stories and in anthologies from Dark Opus Press, Edge Science Fiction & Fantasy, Melange Books, Musa Publishing, MuseItUp Publishing, Ravenous Romance, and as stand-alone stories in Horror Bound Magazine, The Harrow, and River Walk Journal, among others.
As of April 2014, after being in a 2-year Veterans Administration program for Homeless Veterans, Hampton is officially no longer a homeless Iraq War veteran.
In May 2014 he graduated from the College of Southern Nevada with an Associate of Applied Science Degree in Photography – Commercial Photography Emphasis. A future goal is to study for a degree in archaeology—hopefully to someday work in and photograph underwater archaeology (and also learning to paint). He is currently studying in a double major in Art and English at the University of Nevada-Las Vegas.
After over 14 years of brown desert in the Southwest and overseas, he misses the Rocky Mountains, yellow aspens in the fall, running rivers, and a warm fireplace during snowy winters.
Hampton can be found at:

I just wanted to say, thank you for this opportunity. Have a great week!