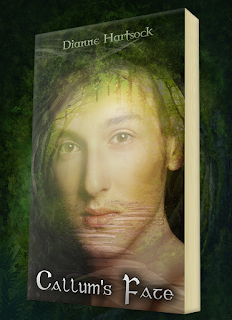 But as fate would have it, Callum is lured onto the moors by the will-o-the-wisp. Lost in the dark, he falls into enchantment, encountering faeries and nymphs, until he stumbles into the arms of a licentious Barrow-Wight who lays claim to his soul.
Hearing his silent pleas, Donal sends Liam the gruagach (faery) to rescue Callum and bring him to his farm, a place of refuge from the Fae.
Callum is happy working on Donal’s farm, slowly falling in love with the beautiful, silver-haired gruagach.
Yet there's something wrong in the nearby forest….
Despite Donal’s warnings, Callum is lured into the forest and becomes tangled in its magic, easy prey for the Barrow-Wight.
Will Liam be able to strike a deal with the Barrow-Wight to save Callum’s life, or has Callum found his last resting place instead?
Pre-order links

Don’t miss the final day of the Australia Day Sale – 50% off all titles, including coming soon books, on the WIP website!

CALLUM RAN UNTIL his lungs burned, every breath ragged and painful. Fear spurred him on, though fog began to cling to the rough mounds of the barrows, making such flight dangerous. Stones stabbed through his worn boots with each footfall, but he daren’t stop. There had been voices in the shadows….
Exhaustion slowed him, his chest heaving as he fought for air. Dusk spread its dark mantle on the landscape, and he shivered as a finger of dread traveled up his spine. Perilous to be on the moors at night without shelter. He cursed the ill fortune that had sent him this way, but he was hungry and ill. He’d followed the will-o’-the-wisp, thinking they were the lights of a farmhouse. His brothers would crudely have called them swamp gas and continued on the road, but Callum had always been the fool.
An owl hooted in the semi-darkness, making his skin crawl. “Sweet Lord,” he muttered, heart thumping. “Protect me—”
He stumbled on a loose stone and fell heavily against a dark mound of earth. Oh God! The ground caved in under him and he dropped into the barrow in a shower of dirt.
“Save me!” he sobbed as he scrambled to his knees.
Sinewy arms reached up from the blackness and twined around him. Callum screamed, but no sound escaped his throat, choked with terror. He was yanked against a hard chest and hands ran over him, disembodied in the darkness.
“Soft. Sweet.” A voice sliced the silence and a cold breath washed over his face. He gagged on the waft of rot and decay. The tip of a dry tongue scraped along his jaw and he shuddered against the body under him. “Nice strong bones to gnaw,” the voice continued. “Sweet marrow to suck and swallow. Shall I eat you, my lovely one?”
Callum whimpered as the low tones wound through his head. The mists parted and moonlight filled the barrow, showing him the creature. He gasped at the cold beauty of its face. Eyes dark as pitch burned into him and brushed against his soul. Lush lips, dripping honey, overripe, took his mouth in a kiss that sent his pulse into a riot of hunger and desire.

Currently, Dianne lives in the Willamette Valley of Oregon with her incredibly patient husband, who puts up with the endless hours she spends hunched over the keyboard letting her characters play.

Thank you so much Dawn!