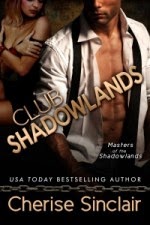 Available in e-book and in a print omnibus
FREE

The print book Masters of the Shadowlands contains both Club Shadowlands & Dark Citadel (Books 1 & 2 in the series). 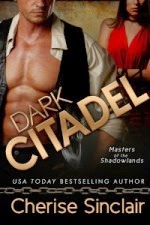 During their three nights together, the teacher will learn to submit…can she teach the master to love? 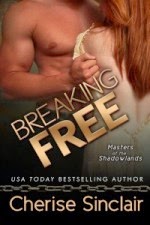 Asked to take on a problem sub, Nolan sees the problem — although truly submissive, the little redhead is too scared to relinquish control…and her Doms have let her get away with it. That will change right now.

As Master Nolan takes Beth under command, compelling her submission, she’s terrified, but the experienced Dom brings her pleasure, not pain. His only demand is that she never lie to him. Under his capable hands, her body comes alive, and she begins to heal. As he pushes her limits, she learns to trust…and then to love. And she realizes he is beginning to care for her in return. 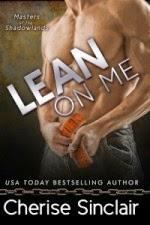 Book Four: Lean on Me
Available in e-book & print

Although Master Cullen is famous for his unfettered lifestyle, Andrea believes he might be interested in her, until she discovers he’s not just a bartender–he’s a cop. Maybe he’d overlook her past brush with the law, but when another trainee accuses her of stealing money, Andrea knows she’s lost the Master she wanted with all her heart. 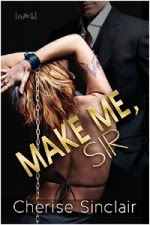 Across the country, rebellious BDSM submissives are being systematically kidnapped, one from each club. When her friend falls prey to the slavers, FBI victim specialist Gabrielle volunteers to be bait in a club not yet hit: the Shadowlands.
She finds that being a bratty sub comes naturally, especially when she gets to twit the appallingly conservative Master of the trainees. But she soon discovers he’s not as stuffy as she’d thought. Or as mean. She’d expected punishment, even humiliation, but she sure never expected to fall in love with a damned lawyer.
Courtesy of a prima donna ex-wife, Marcus loathes disobedient submissives. When the club owner insists he admit an incredibly bratty trainee, he’s furious. But as he comes to know Gabrielle and sees the alluring sweetness beneath the sass, he starts to fall for her.

Unfortunately, Marcus isn’t the only one who believes the feisty redhead is a prize worth capturing. And in the world of the slaver, such treasure is worth a hefty fee. 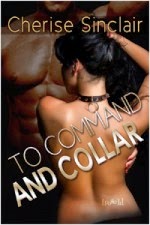 Book Six: To Command and Collar
Available in e-book & print


Determined to find the human traffickers preying on Shadowlands’ submissives, Master Raoul gets himself invited to a small slave auction. Once informed, the FBI orders him to reject the limited choices so the slavers will invite him to the big auction. To Raoul’s shock, one of the slaves is the kidnapped friend of a Shadowlands sub. She has a scarred body…and an unbroken spirit. He can’t leave her behind. Ruining the FBI’s carefully laid plans, he buys her.

Kimberly’s freedom has come at a devastating price: the other women are still slaves. An FBI raid is their only hope for rescue. Desperate to help the Feds locate the big auction, she agrees to pose as Master Raoul’s slave. Wearing a collar again is terrifying, but under the powerful dominant’s care, Kim starts to heal and then to blossom. This is what she’s been drawn to—and fled from—her entire life. 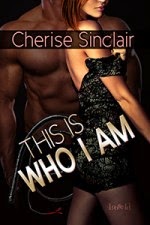 Book Seven: This is Who I am
Available in e-book & print

Now the horrible time is past, Linda just wants to return to her small conservative town, pick up her quiet life, and be normal. But how can someone who likes pain be ‘normal’? To her dismay, when someone spray-paints her home with obscenities, Sam shows up to rescue her. Again. Doesn’t he understand that the last thing she needs in her life is a sadist? He’s amused by her objections. But his dry sense of humor doesn’t disguise that he’s tough as nails and dominant and stubborn. He’s not going to let her drive him off this time. All too soon, she realizes she wants him to stay.

When he takes her to the Shadowlands, she finds a new home…until she hears a voice from out of her nightmares. 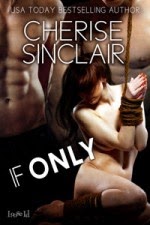 Book Eight: If Only
Available in e-book & print

After the last fiasco, Sally gives up. She'll never find a Dom of her own. Instead the computer whizz is job hunting in between bending the law--just a bit--to unearth the bastards who'd enslaved her friends. The clueless cops and Feds obviously need her help.

Shaken by the unexpected emotional exposure, Sally flees the demanding Masters and the Shadowlands. And that should be the end of that, since both Galen and Vance have reasons not to seek a long-term relationship, especially with a submissive who doesn't want what they can give. But when a brutal attack by her ex-Dom sends Sally into their home, the two agents are driven to protect her. To help her. To take her under command. Falling in love isn't in the plans.

But the little imp brings light into their lives, and just as they begin to want more, they discover she's hacked into an organization that delights in burning people alive. Now more than hearts are on the line, and Sally's submission could save her life. 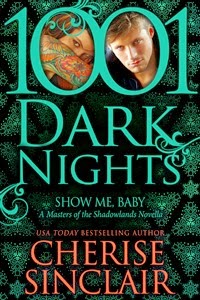 After his last lover chose her career over him, Jake knows he wants a woman who will put him at the top of her priorities—as he would with her. One of the trainees, Rainie, has caught his attention. Lush body, a gift for living life to the fullest, always laughing or smiling. Yeah. She trips all his switches. But she’s never given him a second look and that’s damned annoying.

Unfortunately, her best friends are having a double wedding. Little hearts are floating in the air. Every breath is filled with romance. Rainie is doomed.


Having to wear glasses in elementary school can scar a person for life.

Dubbed a nerd at an early age, Cherise Sinclair has been trying to live up to the stereotype ever since. And what better way than being an author?

Cherise lives in the Pacific Northwest with her husband. Their two fledglings have left the nest recently to try their wings and hopefully will fly high and strong.  The “ascendant erotica queen” (Rolling Stone Magazine) now spends her days writing with occasional supervision from a sadistic calico cat.