Blog Stop with Aurelia B. Rowl

Thanks for dropping by Aurelia B. Rowl's blog tour stop. Take a look at her new release, the questions I just had to ask her and make sure to enter her giveaway at the end.

Now take it away Aurelia....

To get us started can you tell us a little about what you are working on or have coming out?
Right now I’m mid blog tour to promote my new release, Popping the Cherry, which was published on September 19th by Harlequin UK’s new digital imprint, Carina (not to be confused with Carina Press which is the US version). I am also frantically trying to get book two in the standalone series written with the deadline getting scarily close and an awful lot of words still to write.
Do you have any guilty pleasures?
Disney movies! Especially ones that feature Zac Efron...in fact, most movies that feature Zac Efron.
Are your characters able to love or do they need to be taught?
Oooh, I guess I write a bit of a mixture, and even when a character knows how to love, it may be a forbidden love that they are forced to hide. The book I’m writing now though is about a teenage girl who has learned to harden her heart and keep everybody out to avoid getting hurt anymore, so she’s going to be tough to break down but I know just the right guy for the task.
If you had a reporter follow you around for the day, what would the readers get to see in your daily schedule?
Oh I feel sorry for the poor reporter already!
With two young children in the house, there truly is never a dull moment. The day generally gets going any time between 6:30 and 7:15 and then it’s the chaos of getting ready for school, with getting them fed, washed, dressed and out the door by 8:30 to drive them to school. I’m back home by 9:15 and that’s when I try and get some writing done. I’m still getting used to not having to collect my youngest at lunchtime and tend to just grab a slice of toast or bowl of cereal for lunch in front of the laptop on the sofa with the dog snoring his head off beside me.
At 15:00 the peace is over and it’s time to collect the kids from school again. Depending on which day it is, there is usually some activity to play chauffeur for, from martial arts training to gymnastics or cricket if it’s Summer-time. From there it’s back home to sort dinner followed immediately by the children’s bedtime, complete with spellings practice and bedtime stories. By 20:00 I’m usually back in front of the computer either working on my manuscript, social networking, or preparing blog posts. I try to be in bed by 23:00 but if it’s getting close to deadline day, I could be up for several more hours yet and have been known to pull an all-nighter to ensure the work gets done.
I lead such a glamorous life! LOL
When you begin your stories, do you go with the flow, or go with an outline?
I’m a bit of both depending on the project but going with the flow wasn’t an option with my current book deal and I had to get the synopsis approved for book 2 before I could even start writing it.
I’m a huge fan of the W-plot for outlining, particularly because it allows a degree of flexibility but also ensures I have thought my story through from beginning to end.
If you were to replenish your cabinets with one junk food, what would it be?
Oh good, another easy one. I’d choose microwave salted popcorn every time.
Is music a factor for you while you are writing? Do certain songs put you in the right frame of mind to write certain stories?
There was a point when working on edits for Popping the Cherry that I was also writing a Christmas contemporary and I found it really hard trying to flit between YA in first person to adult romance in third person. The solution came thanks to my book trailer for Popping the Cherry... when I was searching for the music for the trailer, I found the ideal tune and it became the anthem for the story. Whenever I worked on Popping the Cherry after that, I would plug in my headphones and have the anthem playing on a loop, instantly transporting me into the right frame of mind.
For the sequel I’m trying something new and have already found the music I want for the trailer—even before I’d written a word—and it helped me to get the synopsis written. Since then, I’ve created an entire soundtrack on Spotify, telling the story from beginning to end, and although early days, it is helping me get in the mood to write. 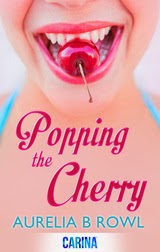 Check out the book trailer HERE

From driving tests to relationships, Valentina Bell thinks she’s a failure, with a big fat capital F. At this rate, she’s certain she’ll be a virgin for ever. So Lena’s friends plan Operation: Popping the Cherry to help her find the perfect man first time.

Yet somehow disastrous dates with bad-boy musicians and fabulous evenings with secretly in-the-closet guys aren’t quite working out how Lena planned.

Soon Lena’s avoiding Operation: Popping the Cherry to spend time with comforting, aloof Jake, her best friend’s older brother, who doesn’t make her feel self-conscious about still clinging to her V card. But could Jake show Lena that sometimes what you’re looking for most is right by your side?

A Forever for the twenty-first century 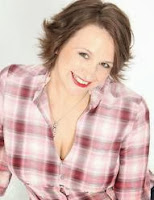 Aurelia B. Rowl lives on the edge of the Peak District with her very understanding husband, their two fantastic children, and their mad rescue mutt who doesn’t mind being used as a sounding post and source of inspiration. She regularly wows them all with her curious, hastily thrown together meals when she gets too caught up with her latest writing project... or five!... and she has developed the fine art of ignoring the housework.

Aurelia writes Young Adult/New Adult crossover fiction and contemporary romance. She is currently busy writing the standalone companion novels to both Popping the Cherry and Christmas is Cancelled.

To find out more about Aurelia, you can visit her website: www.aureliabrowl.com or you can find her hanging out online, far too often, at the following:

GIVEAWAY INFORMATION- To enter to win Amazon gift cards and e-books, fill out the raffelcopter below. Open internationally.

a Rafflecopter giveaway
By DawnsReadingNook at October 01, 2013 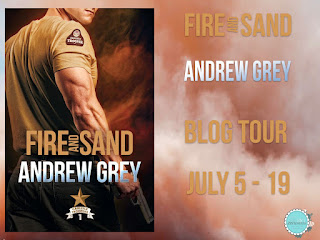