Cover Reveal for Fall, Jump and Step by Cindy Paterson 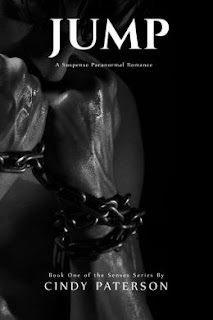 His code of honor was respected without question, until he consumed the blood of an enemy in exchange for a mortal woman to be set free from certain slavery.

He can’t forget her

Despite knowing, he will be imprisoned and put to death if caught, Balen, a fierce Senses Tracker, returns to Toronto to find the mortal woman, Danielle, he left behind two years ago. Haunted with memories of the torture they endured in the hands of a Senses enemy, Balen’s determination to see her again, drives him to risk everything. But when he does, a new enemy comes into play, one he can’t defeat.

To conquer the wrath of fear

Determined to find some sort of peace after her abduction, Danielle finds solace in painting a man from her nocturnal unconsciousness. When he comes knocking on her door, her world is shattered and Danielle must face her worst fears in order to survive what is coming after them. It won’t stop. It can’t. For the ancient spell has no compassion.

A journey of tenacious desire that refuses to fade even though that is what will destroy them. Because—in order for Danielle to live, first she must die. 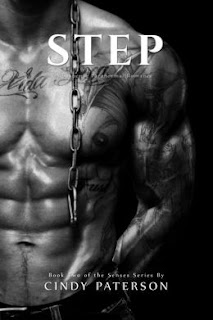 ‘Only her love can restore his trust—only with his trust can she win her battle.’

Kilter, an immortal Senses Visionary, excels at being rude and crass with little hope of finding peace after being betrayed and tortured by his brother more than a hundred years ago. Reckless and stubborn he has alienated everyone—just the way he likes it. Until the day he meets Rayne and emotions he buried long ago are reawakened.

Rayne suffers from Anorexia Nervosa. Trapped by debilitating thoughts and a false sense of control, Rayne is slowly dying. Her husband has kept her secluded and alone for years, causing her to withdraw into an emotionless shell. But Rayne’s outward behavior is deceiving for beneath her delicate existence is a woman with strength. The trouble is—can she find that part of herself that has been driven away? Or has her cruel husband broken her fragile existence?

The two tortured souls are brought together only to be torn apart and forced to relive their horrific pasts in order to find salvation. But Rayne’s past has more significance than the Senses realize and their enemies will do anything in order to get her back.

The Senses are in for one hell of a fight as Waleron is forced to make the hardest decision of his life—Damien is tortured beyond his emotional capability by the witch Abigail—and Delara is drawn into a vampire’s arms only to have him use her darkest secret against her. 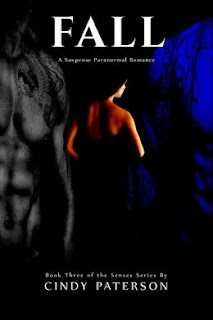 An unrequited love that has ripped her to pieces.

Delara has loved Waleron for over a century. Their intense chemistry is sensual, gripping, irresistible. But tragedy struck, and after sixty-one years of believing he was dead, Waleron returns a tortured man. He claims the man she loves is dead, yet the undeniable sexual tension still pulls them together.

“I am no longer the man you love, maitagarri. I am incapable of it.”

Waleron has given his oath to protect the Senses. He will sacrifice everything for them. But there is one Senses he has vowed to protect more than any other—Delara. He will do anything to make certain she is safe, even if it means he must deny her the love they once shared.

She is the hunted.

Delara’s life is in jeopardy and Waleron will do anything to protect her. But he never suspected that Xamien, the man he brings to help protect her is way more important to her than he ever knew.

Torn between two men and hunted by another, Delara must fight her hardest battle—herself.

FALL can be read as a stand-alone, however it is highly recommended to read the 1st two books to completely understand the love story.

This book is intended for 18 and up.

Author Bio:
I am Xamien's secret lover. Well, in my head I am and since I'm single this is completely allowed. Some of you may ask, who is Xamien, don't worry you will meet him soon enough, but no falling in love with him. He is all mine.
Writing books is a fantastic way to have adventures that are impossible to have otherwise. I mean do you really want to fall in love with Waleron? He is so unstable and would never pick up after your dogs or clean the litter box. Not to mention the fact that he is always out killing disgusting grave robbing bug people.

Curling up with a good book and losing yourself to another time and place is the greatest reward. Being able to feel a character's emotions, their fears, pain and love. Now that is incredible. I relish in the books that stay with me long after they have ended. This is what I strive for in my writing. To give the readers, and myself, an escape into another world, my world.

I have been writing since I was twelve. My parents, sorry mom and dad, would send me to my room for an hour every night to do homework, and instead I wrote stories. Oops, guess that is why i did so bad in math.
I have never stopped writing since then and never will. It's like an addiction, but a good one. I adore stepping into the shoes of a character and deciding their fate. The characters are why I write. I want to fall in love with them (even the bad ones), so that I care about what happens to them in a story. If I can't care about the characters then why bother with the story.