WRITERS WRITE...WRITING PARTNERS FEUD ~ SOME DAYS YOU GET THE DOG, OTHER DAYS NOT 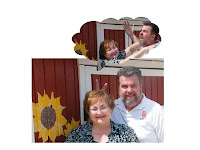 A: There are some days that you have a craving that just won’t quit. You know yours and we know some of you and what you crave, well... I'm ending it there but there's one lady who may have banana split issues, innuendo intended. Yesterday was one of those days, and for some reason the craving remained elusive, all because of Zi.
Z: Don’t believe her, wasn’t my fault. She's a blamiac. Evil raisin-dropping vermin who says, "That was not me." But it was. Every faux raisin was diddley squatted by you. Weasel-woman. (Grabbing Macmillan Illustrated Animal Encyclopedia and pointing to the page with the common weasel)
A: Right. (She did the Olympic eye-roll... scored... 9.7... 9.6... 9.0 by the Russian judge)
Z: There are just codes one lives by that should not be broken. Men must leave the buffer urinal when possible, never date your brother's ex-wife, and don't blame Zi when it was all your fault. (Zi did the symbolic finger over finger affixed cross implying Angelica was the spawn of Dracula, mouthing back, back, back)
A: Can I tell the story, now? (She finished tying a bandana about Bodie's - one of four of Zi's dogs - neck)
Z: If you must spin your subterfuge... spin crazy woman, spin. Get dizzy... Gillespie... with it. (He did a bad funky chicken)
A: Must. It started when Zi wanted to send out for lunch. (She responded with the perfect rendition of the hand jive)
Z: The body has its own time clock. The coffee at 6:00, my morning constitutional at precisely 7:30, and lunch at 11:30. All must do's.
A: When I started working with Zi, and for the first time in over 34 years, I had to think about preparing midday meals. We tried cooking for several months, but our partnership agreement did not specify a lunch clause. Knowing what I know now we would have never been able to negotiate it. He can be annoying about food. Hellmann's real mayo, no dill pickles, no salt, no crackers, no toast, no fish but tuna, cheese sandwiches, mind you not grilled cheese, and fruit need not be fresh just juicy.
Z: I eventually found the fairness fairy-godfather, made my own meals, and did not ask you to eat mayo and pepper sandwiches though offered. Found myself feeling bad as you continually disinclined my generous gestures. (Turned his head as if hurt, offering his ring to be kissed... he the fairy-godfather...she didn't kiss)
A: You did adapt. Additionally, I liked eating out with Zi because early in the partnership he'd consistently pick up the check. It was a week after one of my more overt complaining sessions, I do-do that, we went out to this Chinese place we liked. He looked at the young waitress and said, "Separate checks, please." He made his point. Now we order in, split the bill. Yesterday, I wanted a hot dog.
Z: (Zi's face raced with that feces-eating grin that bespoke a quip was coming after she mentioned wanting a hot dog) Figures...
A: (Angelica interrupted as a pre-emptive strike against what could have been raw adolescent humor and scolded as a good mother might) Don't you dare say a word!
Z: I was going you say you always want hot dogs. Why? Huh? Phallic overdose? For me... cheeseburger? (He feigned sincerity) I'll call.
A: Hot dog with ketchup.
Z: No.
A: What do you mean, no? (Face stunned but she expected to be stunned daily and there was no real getting use to Zi's brand of astonishment)
Z: Hot dogs come plain or with mustard. (He held the face and certainty of a professor)
A: No, they don’t. You can get loads of stuff on one, including ketchup.
Z: I repeat, mustard or plain. Putting ketchup on a hot dog just isn’t right. I lunch at this place often, I just will not allow them to think I participate in such an atrocity. I've a rep.
A: A deli rep?
Z: You've a rep with your beautician, you having to do your hair before you go to have her do it.
A: Fine, then, just have them throw in some ketchup packets.
Z: No.
A: Another no? (She growled and pulled up the loose floppy lips of Bodie to demonstrate her frustration... Bodie driveled but seemed to enjoy the attention) Why?
Z: Cause then we’d have to order fries to go with the ketchup.
A: Then order them.
Z: (He shakes his head.) Not healthy. Too much salt. Forget it.
A: Like a double cheeseburger is healthy?
Z: So do you want a hot dog plain or with mustard?
A: (Sighs) I’ll have a cheeseburger.

Writing with someone is just like the afore piece. One must embrace adaptability in the face of rampant ideology. If we don't flex we don't accomplish diddley squat. And we all know DS-ing has great import.

Some days you get the dog and some days the dog gets nixed. So, what are you… a ketchup or mustard on a dog sort? 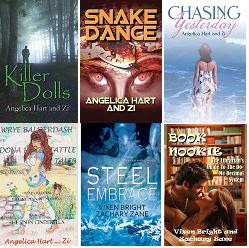 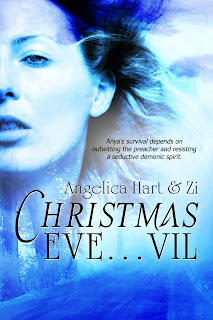 Today is a special day, therefore, anyone who just gives us a shout out at writingteamcw@yahoo.com will receive a free e-book. Please write Writer's Write in the subject line.