A Christmas Treat from Andrew Grey 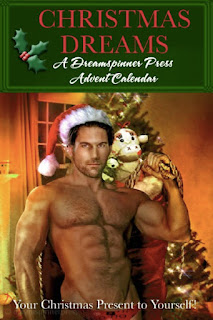 Take a Cruise for Christmas by Andrew Grey

A number of years ago, I was looking forward to going on my first cruise vacation with my partner.  I also had to write a Christmas story and the two things melded into A Cruise for Christmas.  Writing this story was a great deal of fun.  Granted the actual cruise was even more fun, but writing this story was like taking a vacation without leaving my computer.  I hope you enjoy the excerpt and decide to read the entire story and take a warm December vacation with Kyle and Tim.

Blurb:  When Henry Gilmore is given a private stateroom on a gay cruise for a Christmas present, he has visions of cute party boys, hunky muscle gods, and breaking his run of bad luck when it comes to love. Things don't turn out quite as he planned, but sometimes Santa knows best and two out of three ain't bad.