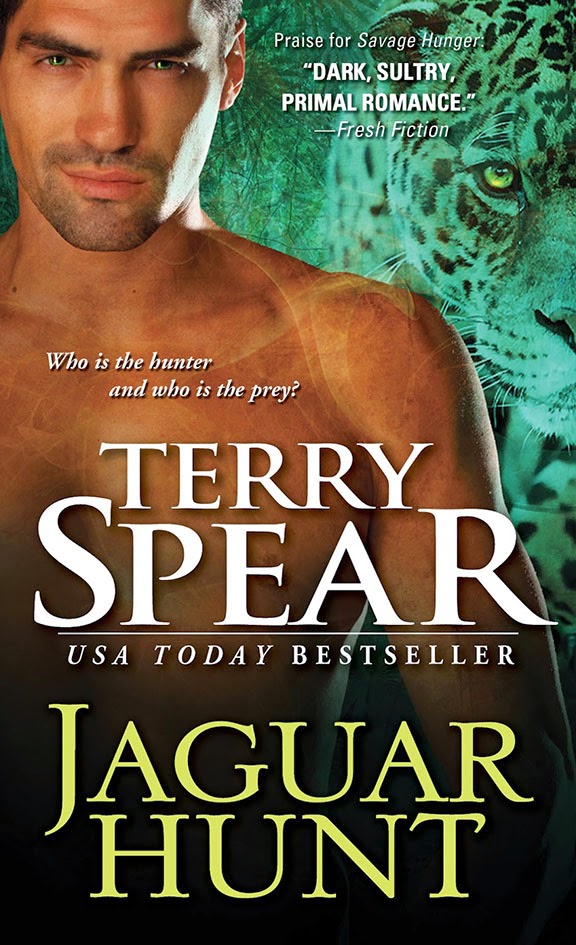 An agent and a jaguar-shifter chase trouble, and each other, through the jungles of Belize

Agent Tammy Anderson has a reputation: she prefers to work alone. So when she's paired up on a mission with jaguar-shifter David Patterson-who's only recently been released from jail-to say she's less than thrilled is a understatement. Until she realizes that this sexy agent has what it takes...
Soon, what started as an "easy" mission to locate a missing jaguar takes the pair to Belize, where they're chasing down two renegade teen shifters who know more than they're telling. As the action heats up, can they keep their minds on the job and off each other?

“Good night.” David closed his eyes, but he couldn’t stop taking in deep breaths of her jasmine soap and she-cat scent mixed into one delightful fragrance. He couldn’t ignore the beat of her heart - or his - that told him he was way too turned on, and that she was feeling the same way. He couldn’t help feeling the heat of her body and wanting to ratchet it up a few degrees, starting with a kiss.

A kiss. Hell, he’d never gone to bed with a woman when it meant total hands off. But lips...they didn’t count, did they?

She’d closed her eyes, but she wasn’t sleeping. She hadn’t pulled away from him, giving him her back. That meant something. Didn’t it?

He could ask. And she could say no.

He could kiss her, and when she got ready to slap him, he’d tell her it was a good-night kiss. And it would be. Unless she wanted more.

He could get lucky and she’d kiss him back.

Somehow it didn’t seem right to go to bed with a woman and not at least kiss her good night.

She opened her eyes to see him looking down at her - well, he was judging her lips, but when they curved up a bit, he lifted his gaze to meet her eyes and saw she was watching him.

“Don’t...tell...me. You want a good-night kiss,” she said, but he wasn’t certain whether she was offering or...not.

Not about to lose the opportunity, he placed his hand under her chin, lifted her face, and waited only the briefest period for her to pull away if she wasn’t in the mood for this. When she didn’t, he leaned down and kissed her mouth.

USA Today bestselling author Terry Spear has written over two dozen paranormal romance novels and medieval Highland historical romances. In 2008 HEART OF THE WOLF was named a Publishers Weekly Best Book of the Year. A retired officer of the U.S. Army Reserves, Terry also creates award-winning teddy bears that have found homes all over the world. She lives in Crawford, Texas.

a Rafflecopter giveaway
By DawnsReadingNook at June 06, 2014

Love both of them but I really love jaguars. They are beautiful creatures and I can imagine them being really sensual in human form.